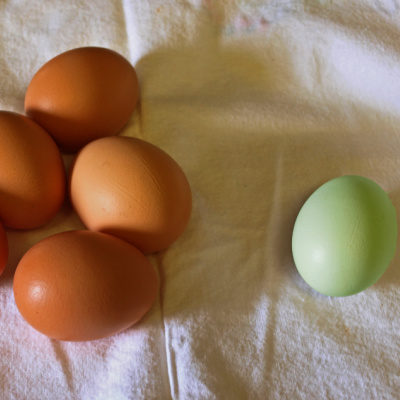 Next post
Kim Klacik Is Now A GOP Star From Baltimore

The DNC has a catchy new ad out. It debuted just in time for the RNC Convention. “Republican National Chaos” is such a pithy title isn’t it?

The ad focuses on the pandemic, slamming Trump over deaths, joblessness, and chaos that have resulted from the pandemic as well as the impact his response has had on students and teachers, and on the state of the economy.

Take a look at the ad.

Well, by golly. Isn’t that something??!!

Let’s take it apart shall we?

Students and teachers are left to themselves to teach and be taught. Ummm, exactly WHO is in charge of the school districts around the country? Why, that would fall under LOCAL control. President Trump isn’t telling schools and colleges to stay closed forever. That decision has rightly been left up to the states, colleges, and local school boards/superintendents. It isn’t President Trump that is keeping kids out of schools. It is teachers unions among others who’d rather we all continue to live in fear.

“A judge has sided with Florida’s largest teachers’ union in its battle with the state over school reopening plans.
The Florida Education Association says Circuit Judge Charles Dodson has granted its motion for a temporary injunction against Education Commissioner Richard Corcoran’s emergency order to reopen classrooms for in-person learning.”

Never mind the fact that remote learning is turning into remote FAIL for our kids. Keep schools closed or we will all DIE!

Guess what? A LOT of people AREN’T going back to work right now, even though they could. Why? Because they are making MORE money living off of our taxpayer dollars to stay home and be safe from the virus. Yes, unemployment skyrocketed during the shutdown that was supposed to be temporary. Yet most states have been opening up and trying to jump start the economy again. Well, except for states like New York and the arbitrary axe throwing rules…

Speaking of New York. The DNC ad steps on a big fat CUOMO rake by trying to blast President Trump for letting our grandparents die alone in nursing homes. Except that it was CUOMO who sent our elderly to nursing homes to die. It is CUOMO who is now writing a freaking BOOK about his stupendously horrific response to Covid-19 in the state, except that he thinks he was awesome at it. Janice Dean would like a word…

The governor is profiting off the deaths of our family while trying to rewrite history. https://t.co/PZEsYPB4j9

Let’s talk about what the ad blatantly DOESN’T discuss

We’ve covered them pretty thoroughly since they kicked off at the end of May. One key fact that the DNC wants us to ignore and definitely did NOT address during their clumsy snooze fest of a ‘Trump does everything bad and the world is going to hell!’ convention is the violence in Democrat-run cities.

Sadly, Kenosha, Wisconsin is the newest epicenter of the BLM violence by rioting/looting thugs.

“In the name of Black Lives Matter, rioters shut down the streets in Kenosha, Wisc., setting trucks on fire, patrolling the streets with semi-automatic rifles, and ransacking nearby businesses. The riot followed the release of a viral video showing Kenosha police repeatedly shooting a black man who resisted arrest and reached into his truck. The man, identified as 29-year-old Jacob Blake, appears to have a violent history. Blake is in critical condition at a nearby hospital, according to police.”

Can someone please explain the racist history of the dinosaur at a museum for me? Evidently said dinosaur triggered some of the BLM thugs in Kenosha last night.

How do folks in Kenosha feel about last night’s destruction and violence? One way to tell will be at the ballot box in November.

“It is a crucial swing state in this year’s election, one in which Joe Biden is beating Donald Trump by 6.5 points. But many of those voters will have paid attention to the Democratic National Convention last week. They will have heard its various impressive speakers denouncing America’s systemic racism. They will not have heard anybody decrying the current carnage on America’s streets and the spiking homicide rates in many American cities.”

Yes indeed. The DNC pulled numerous backflips and sleights of hand in order to make sure NOTHING was said against the riots, the looting thugs, and the destruction across the US. Instead, ORANGEMANBAD!!!

Safe to assume one big reason the Democrats are ignoring a very big elephant in the room, and hope we ignore it as well, are the statistics.

The DNC is pointing the finger of blame at Trump for everything, and the Rose Garden. This ad doesn’t cover the riots, although the DNC is planning three more ads to roll out over the next few days. Will they try to blame the riots on President Trump? I bet they will because that’s how they roll.

Republican National Chaos is certainly catchy. Except for the fact that the DNC is the architect of the chaos they speak of. Enjoy your rake DNC! You certainly earned it!