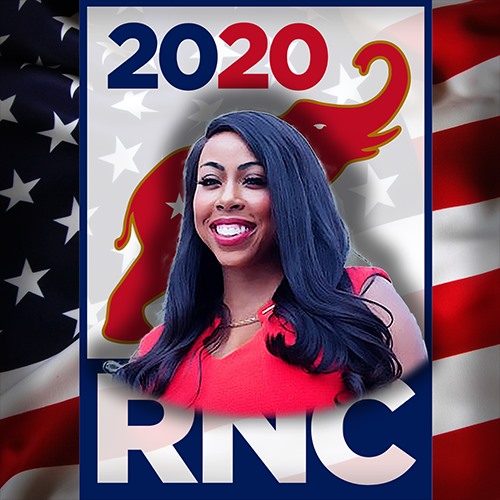 Everyone knows that Baltimore is a city gripped by crime and corruption. Kim Klacik wants to change that.

This young and dynamic woman is running to unseat Kweisi Mfume in Maryland’s 7th Congressional District, which was the district of Elijah Cummings for decades. Mfume was elected in April to finish Cummings’s term. Kim Klacik is challenging the Democrat status quo in Maryland, and she was brutally honest about what has been happening for years in Baltimore in her now-viral campaign ad. If you’ve never seen it, here it is. When you’re done watching it, you’ll probably want to stand up and cheer.

Democrats don’t want you to see this.

They’re scared that I’m exposing what life is like in Democrat run cities.

That’s why I’m running for Congress
Because All Black Lives Matter
Baltimore Matters
And black people don’t have to vote Democrat
Help us win https://t.co/CSOjc9aQlS pic.twitter.com/XnEDTaDDIG

THIS is the future of the GOP. With such a standout message from a city in desperate need of a change of leadership at both the local and federal level, it’s little wonder that Kim Klacik was asked to speak on the first night of the Republican National Convention.

And she slammed her message out of the park.

Kim Klacik is a Republican star in the making. Her Twitter bio says “ProTrump. Anti-Squad. Zero Tolerance for Corruption.” Her message that the black community owes the Democrats nothing contrasts sharply with Joe Biden’s “you ain’t black” gaffe, something Klacik is not shy about pointing out.

Which means, of course, she will have to deal with this kind of crap.

You mean Kim "KKK" Klacik? She's a disgrace to all blacks.

Such charm, such wit, such a counterpoint. Also, deeply racist.

Now, this is not to say that Kim Klacik is going to have an easy race. This is Baltimore, after all, where Democrats have ruled for decades and Mfume won the special election, over Klacik herself, 73% to 25%. However, that was before Kim Klacik went viral. Now, she’s got momentum. And she just stood in front of the Republican National Convention, making a case for herself, for Baltimore, and for Republicans fighting back.

Even if Klacik doesn’t win, she is a rising star within the Republican Party. She is completely right about the need for Baltimore to shake itself loose from corruption and from Democrat control. Things have only gotten worse and worse in Baltimore, and the Democrats never change anything but who has the letter “D” after their name – sometimes after the previous office holder goes to prison. Kim Klacik is offering a change to Baltimore. I hope they take her up on her offer. But regardless, her message is one that is going to resonate outside of Baltimore, and we all know her name now.