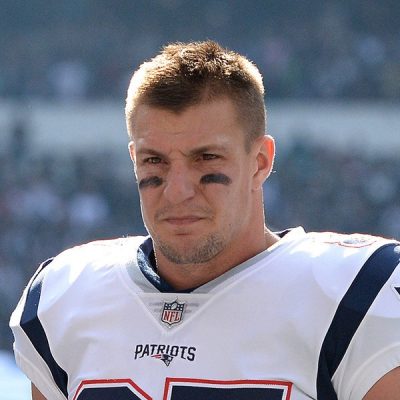 Previous post
Rob Gronkowski's Late Hit on Tre White: Dirty and, According to Some, Racist

The headline is not a joke. A group of Michigan Democrats, church leaders, and NAACP members are planning a rally of support at a Detroit church today in support of Representative John Conyers.

Back in Detroit, there’s a rally scheduled for Monday in *defense* of John Conyers. https://t.co/BmHsOPPkrQ

“We know the balance of the work and contributions that Congressman Conyers has made. He’s certainly someone who has championed civil rights and he deserves due process,” said State Rep. Sherry Gay-Dagnogo, D-Detroit.

So who is rallying to defend their “icon?”

And now, the rally on Monday will feature some of Detroit’s most influential leaders, including the Rev. Charles Adams of the Hartford Memorial Baptist Church, where the rally will be held, NAACP Detroit chapter President Rev. Wendell Anthony, as well as several members of the Wayne County Commission and the state House of Representatives.

Gay-Dagnogo said she was particularly disheartened to see some members of the Michigan delegation, including: U.S. Reps. Bill Huizenga of Holland, Debbie Dingell of Dearborn, Sander Levin of Royal Oak and Dan Kildee of Flint Township, calling on Conyers to resign.

“They don’t live here. They haven’t asked us,” she said. “For the delegation from Michigan to not even check in with folks of the district and automatically take the position of Nancy Pelosi is just wrong.”

She also said the people in the district are dismayed by the differences in the way other members of Congress accused of sexual misconduct, such as U.S. Al Franken, D-Minnesota, are being treated.

“We always see a difference when the leader is a person of color. There’s a rush to judgement,” Gay-Dagnogo said. “It tells us that African Americans are disposable and that’s why people are not engaged in the political process. We’re just used to help carry the vote and we’re not going to accept that anymore.”

Conyers’ wife, Monica Conyers, is also expected to be at the rally, which will begin at 11 a.m. at the church, 18700 James Couzens in Detroit.

In other words, Monica Conyers was just the warm-up act for the playing of the race card.

And can we just clear something up here? Due process is a Constitutional right – but it’s something that happens within an actual courtroom. Conyers is not charged with a crime. There is NO due process in the court of public opinion. Conyers, along with other Congressional members on both sides of the aisle, has used taxpayer money to pay off sexual harassment claims against himself. That, combined with his disgusting behavior and possibly age-related decline, means he needs to go. Anyone who has used taxpayer money to pay off staffers for sexual harassment needs to go.

And guess who is strangely silent at the moment?

Weird, would think @womensmarch would be all over countering that rally with one of their own and yet… https://t.co/T1xKr6x1hN

So a bunch of people will march and try to help a man who works in his underwear in front of women and been accused of sexual assault! If this was a conservative they would call for his head! https://t.co/4Ip9DykzHx

Yep, the Women’s March Twitter feed has made nary a peep about this Conyers rally. Shocking, I know.

State Rep. Gay-Dagnogo does have one point, though. Democrats DO take the African-American vote for granted. Perhaps the state representative should think about that before she blindly votes for the next candidate that has a (D) after their name.