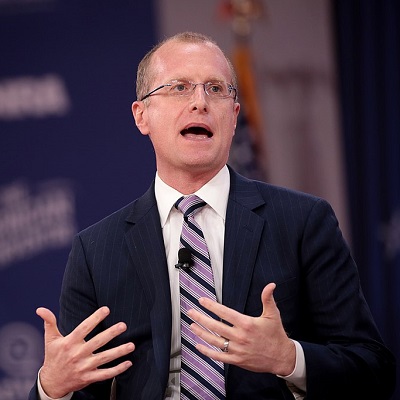 Clear-as-mud demands include “what principles do you apply in deciding which channels to carry?” Further demands home in on One America News (OAN), Newsmax and Fox News Network. The questions drill down asking for specific actions the carrier or service might have taken regarding misinformation surrounding the election, January 6th or COVID responses.

Well, pfft….of course Amazon and Apple will comply with these demands. No duh. Note to self, you won’t see these news outlets on Amazon Prime and Apple streaming services soon. Poof. Done.

Democrats didn’t have to send this letter to big tech because big tech beat them to it by doing it on their own by obliterating Parler off the digital map and deplatforming multiple conservative pages and channels. What is most jarring–platforms that enjoy free speech shredded it on their own with no prompting!

The final demand comes with an ominous tone;

“Are you planning to continue carrying Fox News, Newsmax, and OANN on U-verse, DirecTV, and AT&T TV both now and beyond any contract renewal date? If so, why?”

The demands of U.S. Rep. Anna Eshoo, D-Palo Alto, and U.S. Rep. Jerry McNerney, D-Stockton, are outrageous. A quick look at the House Committee on Energy and Commerce signals the upcoming battle and who the winners and losers will be.

The House Committee on Energy and Commerce rattled their sabers about their discontent that Americans access news Democrats dislike. Mark your calendars for February 24th where the committee will hold a hearing on “Fanning the Flames: Disinformation and Extremism in the Media”. That is Democrat code for “shred free speech”.

The issue of “disinformation” surrounding election fraud, COVID lockdowns, and crazy mobs breaching the doors of Congress just won’t go away. Even worse, those who are “winners” on those issues are the ones who have not only “won” but will always win. By going after private media providers, including streaming services, and questioning whether conservative news outlets will have renewed contracts speaks to ominous intent—let no other news be heard except what is approved by the permanent winners–leaving few threads of free speech for anyone to enjoy.

Thank goodness we have a few pieces of free speech left. Before the close of business Brendan Carr, head of the Federal Communication Commission, publicly blasted the demands of Eschoo and McNerney.

“By writing letters to the cable providers and other regulated entities that carry these news media outlets, the Democrats are sending a message that is as clear as it is troubling—these regulated entities will pay a price if the targeted newsrooms do not conform to Democrats’ preferred political narratives. This is a chilling transgression of the free speech rights that every media outlet in this country enjoys.”

Brendan Carr has been vocal long before today about the future of the First Amendment. Words he continues to use need to enter the vernacular as much as “disinformation” and “deplatforming” have.

“…effort by Democrats to drive political dissent from the public square represents a marked departure from these First Amendment norms.”

Repeat the phrase “drive political dissent from the public square” each time you hear the words “disinformation” or “deplatforming”. And then repeat it again. Our First Amendment depends on it.

The battle of good and bad is coming. If it isn’t the First Amendment that compels cable and streaming services to defend free speech, let’s hope risk averse CEO’s wanting to avoid millions of dollars in damages for breached contracts with conservative news outlets is a sufficient deterrent to kicking the media companies off the cable and streaming platforms.