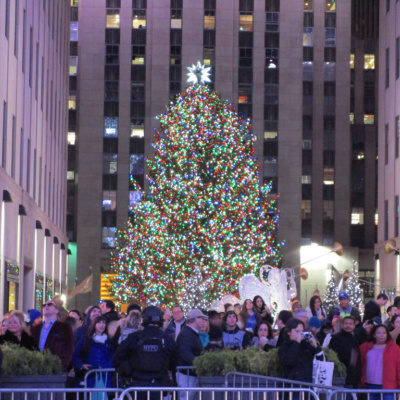 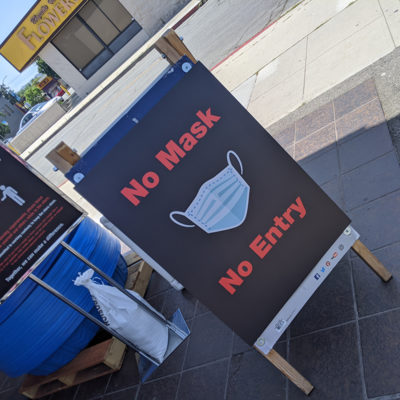 Next post
Study Says: Masks Offer No Protection From Coronavirus

This school year for kids in public schools all across the country is nothing short of a disaster. New York City is about to become the epicenter of more disaster, as the public schools are going to be shut down starting Thursday.

This is all due to the fact that Mayor Bill de Blasio (D-Groundhog Killer) struck a deal with the teachers’ union that said that if the city – not the schools, the CITY – had a 3% COVID-19 positivity rate, then schools would close. This was a number randomly pulled out of someone’s ass, as it has no basis in science and schools are consistently being shown in studies to not be superspreader locations.

But when the press dared ask Governor Andrew Cuomo (D-Grandma Killer) about the shutdown of the country’s largest public school system (because de Blasio was late arriving to his own separate press conference), he started melting down. You see, this news apparently broke during the press conference that Cuomo was giving – because, despite his book and “Mission Accomplished” victory lap that he’s been doing, the COVID rates in New York are rising – just like they are almost everywhere else across the country and the world. And when pressed about it, Governor Cuomo – that sterling model of leadership – immediately passed the buck to New York City and de Blasio. After all, HOW DARE the press question Andrew Cuomo, he who has “beaten” COVID?

The exchange began when Wall Street Journal reporter Jimmy Vielkind pressed Cuomo about whether he would overrule any decision by city officials to close schools.”

“What are you talking about? ‘You’re now going to override,’ we did it already! That’s the law!” Cuomo shouted. “An orange zone and a red zone, follow the facts!”

“Then you’re confused!” Cuomo shouted back.”

“No, they’re not confused. You’re confused,” Cuomo told the reporter. “Read the law and you won’t be confused.”

Another reporter asked point-blank if schools will be open “tomorrow,” to which Cuomo responded, “The schools are open by state law,” but the reporter called out the dodge and backed up Viekind’s line of questioning.”

“Well, I don’t really care what you think. Of course, you agree with him because you’re in the same business with him,” Cuomo said.”

Shall we all wait for the press to voice their loud objections to Andrew Cuomo yelling at them, because apparently when Donald Trump snarks off at the press, Democracy Dies In Darkness. No?

Democracy died a little today. This is chilling. This is the kind of attack on a free press that only happens in countries run by despots. It's a dangerous time to tell the truth in America. https://t.co/1cUY4viyyy

Paging Jim Acosta, Jim Acosta, report to the burn unit. I swear, making the press eat their own bullshit while defunding them might make the next few years worthwhile.

Also, Governor Cuomo would like you all to know that COVID is YOUR FAULT, so just shut up and do what you’re told.

After forcing nursing homes to accept covid patients, presiding over a state with one of the highest death rates in the country, and writing a book about what a great job he did, Gov. Cuomo has decided the problem here is everyone else https://t.co/8VUztUk274

Hey, everyone? I think I just discovered why Andrew Cuomo is divorced and single. Dear God, imagine the absolute pants-wetting hysteria in the media if Donald Trump had made that cheesecake comment.

Srsly. What are we teaching public school kids about the importance of their education right now? The more they see themselves as the last priority, the more they are going to check out.

Now, I know plenty of teachers who want to be back in the classroom, but they are outnumbered by those who are loving the teaching from the recliner and wearing flannel pajama pants while still pulling in their full paycheck. Meanwhile, the kids are struggling, parents are struggling, and now the kids of New York City are going to lose what little in-person schooling they had for the near future – and never mind the parents who now have to make emergency plans to have their kids completely out of school again.

But at least Andrew Cuomo landed on the bestseller list, right?