Next post
Is Biden REALLY ready to take on Putin? It Doesn't Seem So 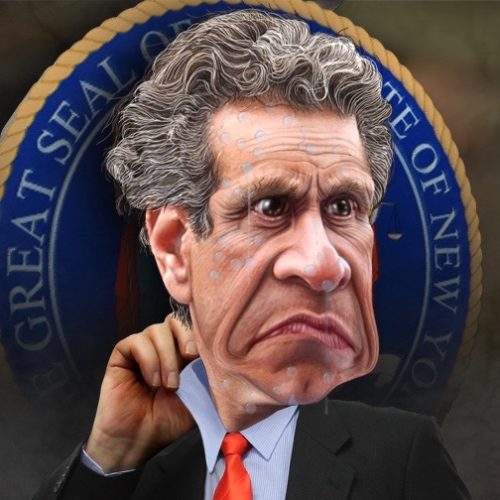 While New York Governor, Andrew Cuomo, was being nominated for Emmy Awards and Newsday was stumping for him for a 2020 Presidential run, nursing homes became places of sickness and death during pandemic.

Cuomo, of course, denied the claim that his directives turned nursing homes into COVID-19 death chambers but a new report from task force for the New York State Bar Association refutes Cuomo’s claims and blasts his directives.

The NYSBA’s Task Force on Nursing Homes and Long-Term Care breaks it down:

There is one other event to mention. In March of 2020, the Governor, via Executive Order, granted immunity against ordinary negligence to health care professionals, and certain health care entities, including nursing homes. That immunity was codified a short time later.

The grant of immunity was controversial from the start. Immunity stripped the protections provisions under the New York State Public Health Law that protected nursing home residents from abuse and neglect.”-Report and Recommendations of the Task Force on Nursing Homes and Long-Term Care
June 2021

Cuomo issued the nursing home directive on March 25th. Regulations were overridden. Nursing homes were understaffed. PPE ran scarce. And while hospitalizations in New York peaked on April 14th, the makeshift hospital at the Javits Center in Midtown and the USNS Comfort were empty. 6,326 people died in 300 New York nursing homes. How many beds were aboard the USNS Comfort? Let’s say 1,000. Only twenty of them were used. The crew aboard the Comfort sat idle most of the time while the ship was docked in New York. There were 1,200 crew members aboard that ship. The Javits Center treated over 1,000 patients before closing down in May of 2020. But by then, the damage was already done.

And Cuomo, of course, blamed Trump for the incompetence. “The state followed Trump’s CDC guidance”, he said in a news conference in May. To add insult upon injury, Cuomo’s administration went on to blame the healthcare workers. Hmmm. Nursing homes should only accept those patients for which they can care. Apparently, Governor Cuomo thought that, despite being understaffed and without sufficient PPE in some cases, New York’s nursing homes could handle all 6,326 people, who subsequently, lost their lives?

Although a determination of the number of additional nursing home deaths is beyond the capacity of the Task Force, there are credible reviews that suggest that the directive, for the approximately six weeks that it was in effect, did lead to some number of additional deaths. The Department of Health issued a report in 2020 in which it argued unconvincingly that the admission of 6,326 COVID-positive residents during the period the Health directive was in effect had no impact.”- Report and Recommendations of the Task Force on Nursing Homes and Long-Term Care, June 2021

The task force report goes on to report Cuomo “roundly criticized” suggestions that nursing homes should have been aided in securing PPE. Cuomo’s star was shining bright. The AP reported that his impassioned COVID briefings “made him a star“. Having a brother on a major news network certainly helped matters as well and the brotherly lovefest continued between Andrew and Chris Cuomo. Then there was the endorsement of one Dr. Anthony Fauci, who endorsed Cuomo’s pandemic plan. Yep. Restricting and/or closing down businesses, and “expanding hospital capacity” really did some wonders for those elderly folks in nursing homes back in the spring of 2020, didn’t it? Don Cuomo joking with “America’s top infectious disease expert” about teaming up ala Robert DeNiro and Al Pacino in The Godfather will not bring those 6,326 people back to their loved ones.

But don’t compare Cuomo to a mobster who kills people. That hurts his feelings as an Italian-American. Sympathy for Andrew Cuomo? I really do not have any at all. Randy Andy stands to make about $5 million on his extended humblebrag book. Leadership lessons, my Italian you-know-what. Future leaders need not take advice from Andrew Cuomo. And while Cuomo boasts the end of statewide restrictions with a 70% vaccination rate for the state of New York, the “return to life as we know it” in 2021 will look vastly different for family members who lost their loved ones in an overcrowded and unprepared nursing home last year. No celebration for essential workers will make up for your administration throwing them under the bus last year, Mr. Cuomo, and certainly, no mass fireworks celebrations will bring back grandma. Keep the reports coming. Perhaps some people will open their eyes. We can only hope. I’ll leave another smoking gun here as I shove my face with a cannoli. Cue the music.