Previous post
Cuomo: Another Report Confirms What We All Knew

Next post
Dinner With Kamala, Cheese Puffs No Border Talk 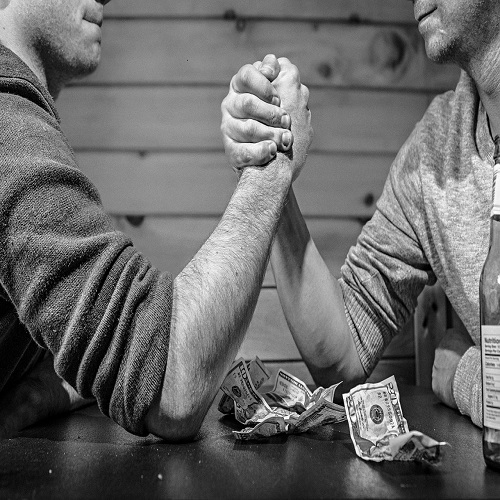 According the this AP news article, Biden isn’t just ready to take on Putin, but he’s been “buoyed by [the] allied summits!”  What I’m reminded of is a group of older boys in school urging the wimpy new kid to take on the biggest bully on the playground.  They know he’s about to get his ass handed to him, but they don’t care, because the bully isn’t focused on them any more.  So I have to ask if Biden really is ready to take on Putin? If you look at how feeble Biden’s responses have been to recent verbal, physical and cyber attacks, it doesn’t seem so.

Just a few short months ago, in February, Russia expelled 3 diplomats who condemned Putin for jailing Alexei Navalny, the opposition activist.  While the expelled diplomats were from Germany, Sweden and Poland, others from the G7 denounced Russian’s actions as well: UK, France and the EU.  Many outlets are reminding Americans that the relationship with Russia is at an all time low, however Russia isn’t exactly chummy with Western Europe either.  So why wouldn’t Biden’s “allies” push him into making a fool of himself?  It makes them appear tougher than they are and puts all the exposure on a doddering old man!  I mean watch how befuddled he looks at the table.  It’s seriously like the first time one of the grandkids is invited to eat Thanksgiving dinner with the adults and attempts to make cringe-worthy dialog:

"And uh, I've said before and I apologize for the – Oh, I didn't Jake Sullivan from the State Department [inaudible]. I'm leaving out a lot of people here I apologize. I'm going to get in trouble. But, anyway, we'll get back to that. But um we um you know…" – President Biden. pic.twitter.com/7buuCpNzm7

But even as we watch all the gaffes and blunders Slow Joe has made this past week:

The Washington Post wants us to see him as a ball full of energy ready to take on the world!

The 46th U.S. president bounded onto the global playground like a kid at recess on the first day of school, eager to rekindle the old friendships that languished over the summer and to introduce himself to the new kids in class as well.

Who do they think they are kidding here?  If Joe Dementia Biden thinks he’s gonna get in trouble with his staff of handlers for speaking out of turn, how the hell is he supposed to intimidate an actual murderer?  He’s very clearly afraid of getting spanked! As The Five points out in the clip below, Biden has already backpedaled from his March 17th comment calling Putin a killer:

If you haven’t noticed, in just the last six months we have seen China ridicule America while on American soil in Alaska saying:

“The United States does not have the qualification to say that it wants to speak to China from a position of strength,”

Then Hamas attacks Israel and Biden offers Netanyahu tepid support (at best) as he fumbles his way between the competing interests of his Pro-Palestinian/Pro-Israel factions of the Democrat party.

Following on, you have Russian actors holding our gas and meat supply hostage while they demand ransom for their release.

These are all tests to see how Grandpa Joe is going to react.  And thus far, it seems to be a lot of stern talking to and finger wagging.  Which Vladimir Putin is lapping up like a cat in front of a bowl of milk!  Can’t you just imagine Putin sitting by the fire somewhere with a big ol’ glass of Vodka day-dreaming about the way he’s going to publicly throw old Joe over his lap and slap that bottom?

Hell, even Biden’s team must know at some level that this isn’t going to play well.  They have already put out a million notices that “expectations are low” and aren’t going to allow a joint presser after the talks so that Putin “won’t upstage him.” I’m apparently not alone in thinking that Biden isn’t ready to take Putin on.

How is Putin is supposed to take this guy seriously?  Hell, half our country doesn’t take him seriously!  Which Putin will latch onto and use against Biden in multiple ways.  Russia has perfected the art of “whataboutism” since the beginning of the Cold War and has already landed the pre-emptive punch in advance of their meeting.  In fact, my guess is that Putin will bully Biden as much as he can to attempt some irrational response, like Biden threatening a push-up contest or calling the Russian dictator fat!  Why Biden suggested this meeting will be dissected abundantly for the self-imposed humility-exercise it is sure to be.  But I’m also sure that the propaganda machines will be working overtime to sell us on a load of BS as they fawn over his intimidating presence.