Next post
Father Damien Gets Shade Thrown at Him by AOC 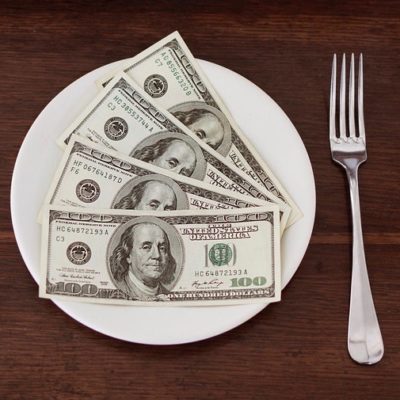 Crashing the economy, according to some, is all the fault of money-grabbing Republicans. Can we expect anything else from Amanda Marcotte of Salon fame? This latest piece penned by the hysterical shrew tells us why Republicans are at fault and want to crush the economy while well-meaning Democrats are blameless.

Marcotte claims Republicans want to crush our economy by cutting the weekly COVID-19 unemployment benefit from $600 to $200.

The argument for slashing unemployment benefits is that people won’t work if they can make more staying home.”-Amanda Marcotte, Salon

She’s not entirely wrong. This from NPR:

Economists at the University of Chicago estimate that more than two-thirds of the workers on unemployment insurance are making more in jobless benefits than they did at work — in some cases two to three times as much. It’s a stark reminder of just how low the pay is in many hard-hit industries such as restaurants and retail.”-NPR

According to a study at the University of Chicago, more than two thirds of workers are making more in jobless benefits than they did at work — in some cases two to three times as much. Extend that $600 dollar benefit? Let’s see how many actually return to the workforce.

Marcotte drones on to cite Republican law makers (and their estimated personal net worths) in her argument, though. Too bad she did not do the same for her idol, Nancy Pelosi. So, Amanda, we did this for you. According to PolitiFact, Nancy Pelosi’s max net worth based on $257 million in assets and $97 million in liabilities, which produces a maximum net worth of nearly $160 million. Her minimum net worth? Take $54 million in assets and $20 million in liabilities, for a net worth of about $34 million. You’re welcome. Pelosi’s on-par with Mitch McConnell. And her net worth is much higher than that of Ted Cruz and Andy Biggs, both of whom Marcotte cites, combined. Pelosi, of course, does not want to crush working Americans. Even though she’ll be fine through all of this-hunkering down, slapping in her dentures and eating her ice cream stockpiled in a freezer that is an annual salary for some. But I digress…

A major reason 30 million are unemployed is there isn’t nearly enough meaningful work to do. Bars, restaurants, hotels and stores are not exactly flush with customers, even in places where they’re open at all, because most Americans are sensibly staying home rather than risking their lives to get baby-back ribs and a fruity cocktail at Applebee’s. There’s no reason for workers to show up for jobs that don’t need doing, or to risk their own health to do so. Republicans are literally suggesting that people are lazy because they won’t go to work at jobs that don’t exist.”-Amanda Marcotte

To add insult upon injury, Republicans only, want to crush the economy and are calling Americans lazy. Easy to make those assumptions when your view is from one side of the aisle. Who are you calling lazy?

To the contrary, I’ve talked with many restaurant workers who spent weeks-upon-weeks waiting for their $600 unemployment benefits and could not afford to wait any longer. They had families to support and honestly, were happy to get back to work. There are nail salon owners, hairdressers, laborers who all felt the same way. This is here in a blue state run by blue policies. Then, there are the essential workers. The janitors, the day-care workers.

Interesting. Schools are currently not opening because of pressure from teacher’s unions with large Democrat backing. Yet, Republicans want to crush the economy? Republicans are calling people lazy?! Don’t even get me started on schools not opening in the fall. That’s another rant for another time. Brace for more drama from Marcotte:

Republicans’ most important agenda item is to crush working Americans, especially those who are not white men, under their heel, while continuing to line the pockets of the ultra-wealthy. Nothing, up to and including the total collapse of our economy, will divert them from this mission. Driving ordinary Americans down to starvation wages, and breaking their political power and their will to resist in the process, is worth any amount of destruction.”-Amanda Marcotte, Salon

Destruction also comes in the form of soul-crushing monotony. Crushing of one’s dreams, one’s spirit, one’s reason for being. Destruction comes with fear-mongering those who are willing to believe the people who “know what’s best” for us and would like to keep us in line and from asking questions. But ask those who really want to get back to normal what they think. As per usual, Marcotte illustrates to us her severe case of spatial-D. Easy to do from the other side of a keyboard in a gentrified Brooklyn neighborhood that you don’t want to leave because…yikes…those family members in Texas! But Republicans only want to crush this economy and bring utter destruction. Poor Amanda has been flying upside down for so long and her yammering is indicative of such.