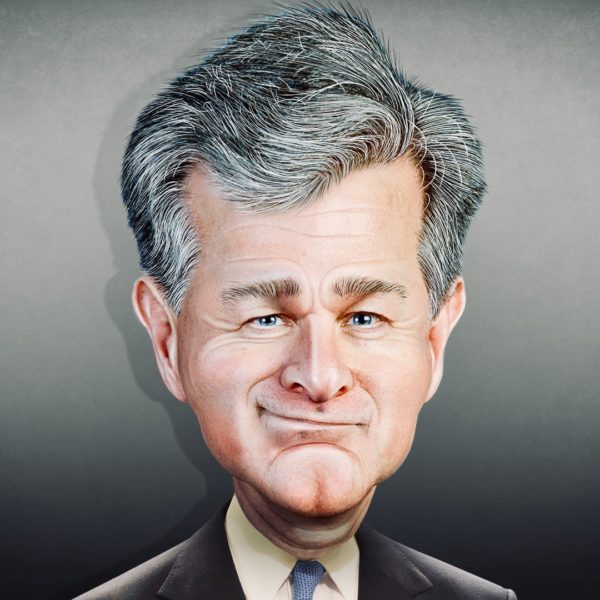 The FBI has regrets says Christopher Wray. The “errors and omissions” in their FISA court applications to surveil Carter Page has made the FBI look bad and they are very regretful that it has come to this.

They wanted Trump so badly that four FISA warrant applications on Carter Page were necessary. Except those FISA applications had a few minor problems according to the New York Times.

“The problems included omitting details that made Mr. Page look less suspicious. For example, the court was not told that Mr. Page had said to a confidential informant in August 2016 that he had no interactions with Paul Manafort, Mr. Trump’s former campaign manager, even though the F.B.I. suspected Mr. Page might be a conduit between Russia and Mr. Manafort.

The court was also not told that Mr. Page had told the C.I.A. about his contacts with Russians over the years, a fact that made that pattern of contacts look less suspicious. The Justice Department, passing on the factual portrait it received from the F.B.I., had pointed the judges to that pattern as a reason to think that he might be a Russian agent.”

Isn’t that cute? Details in the applications were omitted in order to make Carter Page look worse than he is! The NY Times glosses over the fact that the FBI and DOJ were unequivocally told that Carter Page had been reporting to the CIA for YEARS and was a well-regarded reputable source. The NY Times glosses over the fact that one of the major FBI errors was that the IG report found that emails were altered in order to make Page look like a Russian asset.

So, how does the FBI plan to fix things? Checklists and case studies!

“(U) (#1) Supplementing the FISA Request form with new questions, including a checklist of relevant information, which will direct agents to provide additional information and to collect all details relevant to the consideration of a probable cause finding, emphasizing the need to err on the side of disclosure;

(U) (#8) Creating and teaching a case study based on the OIG Report findings, analyzing all steps of that particular FISA application and its renewals to show FBI personnel the errors, omissions, failures to follow policy, and communication breakdowns, and to instruct where new or revised policies and procedures will apply, so that mistakes of the past are not repeated;”

The current leader of the FBI, which attempted a coup against the duly elected President, has assured our nation that everything is better now since he's done an all-staff training video.

He will send out an email too.

No more regrets because our checklists will fix everything! Right?

Let’s talk some more about those “errors and omissions” shall we? The Steele Dossier was discredited nineteen ways to Sunday, yet even the Mueller team utilized it as part of its investigation. In other words, they followed the same path the FBI did.

Furthermore, take a gander as to who signed this mea culpa.

The irony. Dana Boente signs, under penalty of perjury, the FBI's response to the FISC regarding the IG's findings. Boente was DOJ's signatory on one of the fraudulent Carter Page FISAs. https://t.co/j6QZpOaESO pic.twitter.com/rdjR96laIO

When the same guy who signed off on one of the FISA warrants involving Carter Page then signs the ‘we will fix this with checklists and training videos’ document… The FBI regrets nothing. They are just mad they got caught.

Via Powerline, Victor Davis Hanson points out that the FISA court’s reputation is in tatters and offering up belated criticism isn’t the fix that the FISA judges think it is.

In fact, the FISA court has now made things worse by appointing David Kris

David Kris’s appointment is notable for several reasons. Specifically that he’s had it in for Devin Nunes for years and criticized Nunes over his claims that the FBI lied to the FISA court. As we now know, Nunes was correct and Kris was …not.

Understandably, Kris’s backpedalling in December only shows that he still doesn’t think political bias had anything to do with the FBI’s errors and omissions. The errors, such as the email alteration were, in his opinion serious, but he doesn’t care to speculate that if those “errors” weren’t included in the warrants, the outcome would’ve been very different.

This is whom the FISA court has appointed as a neutral and objective person to oversee fixes and changes to the FBI and FISA processes.

Carter Page is, understandably, not thrilled with Kris’ appointment.

“Nobody trying to fix the rampant abuse and coverup plaguing the entire FISA process would have picked Kris,” continued Page, who called Kris a “longtime FISA apologist.”

“Instead, you appoint Kris for only one reason: you don’t want the system fixed. You just want it to look like you do.”

The FBI is implementing more checklists and training videos that will be nothing but bandaids on a system that has been broken for a very long time.

The FBI’s regret only goes skin deep. The fix is still in because the fixers who gamed the system because Trump! are still on the playing field.