How Will History Judge the Democrats’ Impeachment Antics?

Next post
AOC Whines About Her Gold Healthcare Plan

How Will History Judge the Democrats’ Impeachment Antics? 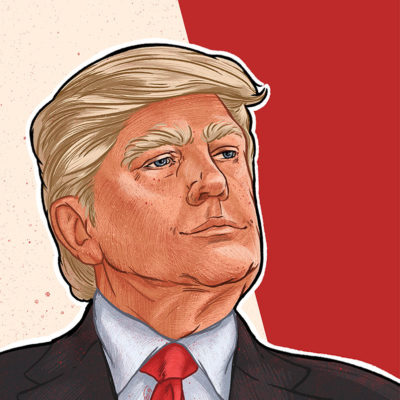 by Amanda Green in politics 50 Comments

Finally, after months–no, years–of Democratic wrangling, the House of Representatives will vote on whether they should refer the articles of impeachment against Donald Trump to the Senate. This comes amid stories yesterday that the Democrats were now ready to start pushing legislation through Congress before they recess for the holidays. Funny how they haven’t been concerned about doing their jobs until now. Could it be they want the proposed legislation to distract the public from their weak case against Trump? Only time will tell and the question becomes how history will judge the dog-and-pony show that has gone on for far too long.

One thing is certain, no matter what the Dems do, the questions about how we got here will continue. That is especially true after”the chief judge of the Foreign Intelligence Surveillance Court [FISC] strongly criticized the FBI over its surveillance-application process.” It should surprise no one that the Carter Page investigation weighed heavily on the judge’s decision. What should bring all of us up short is the fact that this condemnation was made public. The FISA court operates in the shadows, rarely letting the public see what goes on.

How bad must things be that the curtains are being drawn back and what sort of long term ramifications will our country face?

Bad as that is, it is only one aspect of the witch hunt that has gone on at the behest of Democratic leaders since the Electoral College results were announced. They have been after Trump since he won the election. He upset their apple cart and they weren’t going to have it. How much taxpayer money has been spent getting us to the vote today? How much damage have they done to the country in the process.

I’ve stated before that I’m not a huge Trump fan. However, he is miles above what we would have had in the Oval Office had he lost. The Dems whine and whinge about how he has polarized the country when, in reality, the polarization has come from their side of the aisle. It started years ago but Hillary Clinton confirmed it with her “deplorables” comment. It has continued with their classification of Trump supporters as white supremacists, etc.

Helping them along the way has been the media. Even as it wonders why it no longer has the subscriber base it once had, the MSM does its best Pravda and TASS imitation. Here’s an example from the New York Times homepage. This screen cap was taken at 10 pm Central, give or take a few minutes, last night.

Five headlines about the impeachment. Five headlines that are anti-Trump.  I long ago quit expecting unbiased reporting, but the Times, not to mention so many others, no longer try to hide the fact they are writing with one goal in mind: to get rid of Trump and bring about a time where only Dems (or socialists) will sit in the Oval Office.

Trump’s letter was, according to the Times, “angry and rambling”.

Also according to the Times, a majority of the House, 219 at the time the article was written, will vote for impeachment. Funny, what we don’t see in the headline above is that there were 172 committed to voting against impeachment. That includes two Dems. There were two, including one Dem, who had yet to make up their minds about how to vote. Thirty-eight had not responded to the Times question. Of that 38, 12 were Democrats. Now, math isn’t my strong suit, but that means the vote very well could be a lot closer than the Dems and the MSM want us to believe.

The Times also tries to swing its readers into believing in the righteousness of impeaching Trump with an opinion piece by Debbie Dingell (D-MI). Dingell has been in the House since 2015. Her late husband, John, was the longest-serving Congressman. She was a super-delegate in 2012. She has been steeped in Democratic political campaigns and causes since her marriage in 1981.

When you read her piece, Dingell comes across, initially at least, as reasonable and thoughtful. Then you get to this little tidbit:

While the House Intelligence and Judiciary Committees undertook the job of gathering the facts, House leaders and other committees worked to lower prescription drug prices, protect the environment, restore voting rights to citizens and devise trade deals that level the playing field. . . Each day, after attending my own committee hearings and markups, meetings and events with constituents, I would come home to start my own studies on the impeachment inquiry.

I read testimonies from firsthand witnesses, parsed the majority and dissenting opinions from the committees’ reports and listened to the voices on both sides. I spent weeks reading the Constitution, constitutional scholars, the Federalist Papers and papers from both the Nixon and Clinton impeachment processes.”

First of all, those facts she refers to were carefully cultivated by Schiff and Nadler. Second, while I applaud her for going to her other committee meetings and doing her “homework”, I take issue with her conclusions. She didn’t have all the facts. She didn’t step up and ask her party leaders to allow the Republicans the same ability to call witnesses her own party had. She would have considered the FISA report and the questions it raises into the credibility of some of the so-called evidence. Most of all, she would admit the Dems have been looking for something since the day Trump won.

Dingell isn’t the only Democrat to try to explain why they are voting for impeachment. One of Dingell’s Michigan cohorts, Elissa Slotkin who represents one of the state’s swing districts, appeared at a town hall meeting. To say the audience wasn’t receptive to her explanation is putting it mildly.

Perhaps it is something the Dems should pay attention to . . . not that they will.

If there is any question about the Democrats trying to ramrod the vote through, consider this: today is the first time the entire House will have a chance to debate the two charges against the President as a single body.  Will the members of the House be able to fully discuss and debate the issue? Hell no. Once again wielding power to preventany illusion of fairness, “the House Rules Committee on Tuesday voted 9-4 along party lines” to debate for what amounts to six hours.

Six hours to decide an issue as important as the impeachment of a president.

Tell me again that they are looking out for our country and not for their own political ends.

Did President Trump’s actions rise to the level of a threat to our democracy? Yes. Future generations and historians will judge us if we did not address these dangers. I will cast my vote to protect our Constitution, our democratic republic and the future of our country.”

The real threat to our republic is the witch hunt that has been going on since Trump won the election. This has been nothing but an attempt by the Dems to nullify the vote. If you doubt it, remember this: Maxine Waters admits she doesn’t have proof there is any sort of a conspiracy between Trump and Putin but she believes there is one. Apparently, that’s enough for her to vote for impeachment. The House has said it will continue to try to impeach Trump if the Senate fails to act the way they want. This farce has nothing to do with whether or not Trump committed acts that rise to the level of being impeachable offenses.

This has everything to do with the Democrats refusing to accept the results of the last election and doing everything they can to take the vote out of our hands in 2020.

What they are doing is little different from enacting a coup. This one might not be with guns. People may not be dying in the streets. Even so, it is just as dangerous because, if they are allowed to get away with it, no conservative or libertarian president, no politician who isn’t a Democrat, will be safe from similar treatment.

If you want to know who poses the biggest threat to our nation, look to the majority party in the House of Representatives. Look at how they have acted to strip us of our constitutional rights, of our vote. Watch what happens today and speak up. Let your senators know your opinion on the impeachment. Then let your representative know how you felt about their vote. It is time the Democrats understand they are not invincible. This is our country. It is time to take it back.