Previous post
Britney Spears is Free to Hire Her Own Attorney 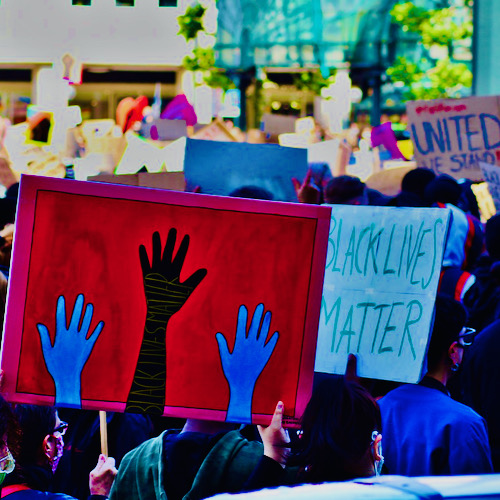 BLM is showing its true colors once again. This time they’ve issued statement praising the communist Cuban government instead of standing up for the Cuban protestors.

Black Lives Matter has released a statement on Cuba: pic.twitter.com/NgnT1o1oZE

Please, read it all. This is who Black Lives Matter is. They are Marxist to the core.

Let’s take a gander at some of the specifics of their grandiose statement.

First of all, contrary to BLM statement, Cubans have NOT had the freedom to choose their own government for nearly 65 years! Their government was chosen for them by Fidel Castro and it still is. It doesn’t matter that Fidel is dead, the Castro regime is alive and well. That regime rules the roost and it is the Cuban people who suffer because of it.

Secondly, medical supplies and such have consistently been sent to Cuba over the years.

BLM needs to take a good hard look at what the Cuban GOVERNMENT is doing with those supplies.

Third, good medical care in Cuba? Only if you are in the preferred class. Ordinary Cuban citizens? Get to the back of the line.

Fourth, BLM completely ignores that the Cuban government has long had a racism problem...against blacks.

Giving aid and comfort to a cop killer is completely acceptable according to BLM and the Cuban government. Racism against their own citizens who are Afro-Cuban? Totally fine.

Who is Assata Shakur?

Assata Shakur, whose actual name is Joanne Deborah Chesimard, became the first woman in 2013 to make the FBI’s Most Wanted Terrorists list. She is a convicted murderer, responsible for the 1973 death of a New Jersey state police officer. She is also a leader of the Black Liberation Army, a violent militant revolutionary movement responsible for the killing and wounding of more than a dozen law enforcement officers, the hijacking of Delta Flight 841, and numerous armed robberies and bombings, according to The New York Times.

In 1973, Shakur murdered New Jersey State Trooper Werner Foerster, after the officer had pulled her over for driving with a faulty tail light. Four years later, in 1977, Shakur was convicted of first-degree murder, assault and battery of a police officer, assault with a dangerous weapon, assault with intent to kill, illegal possession of a weapon, and armed robbery. She was sentenced to life in prison.

BLM is praising the Cuban government and applauding them for harboring a cop killer and terrorist. They issued their statement blaming the US government (who has appallingly told Cuban refugees they aren’t welcome here) for the issues Cuba is facing. Except…

The BLM statement was sent out at about the time Cuban President Miguel Díaz-Canel admitted in a televised address that his government’s failures played a role in the protests over food shortages and other issues. He had earlier called on “revolutionaries” to counter the anti-government protesters.

Once more for the Marxist BLM folks out there. Those protesting in Cuba and risking their LIVES to do so aren’t doing this because they are bored. They are protesting against a communist dictatorship. They want FREEDOM.

If I were a Cuban citizen, I’d tell Black Lives Matter to pound sand.

THAT is the support that Cuban citizens need and deserve.

Freedom & human rights… something we ALL can get behind.
❤️🙏❤️ you can feel his whole heart through the phone. @pitbull bless you. #Freedom #SOSCuba
🙏 https://t.co/6tR7Zzqjsw

BLM can take their grift and shove it. #LIBERTAD #SOSCuba