Previous post
Will There Be Blowback for Boebert and Gaetz?

Next post
Media And Democrats Compare Brazil Riots To Jan 6 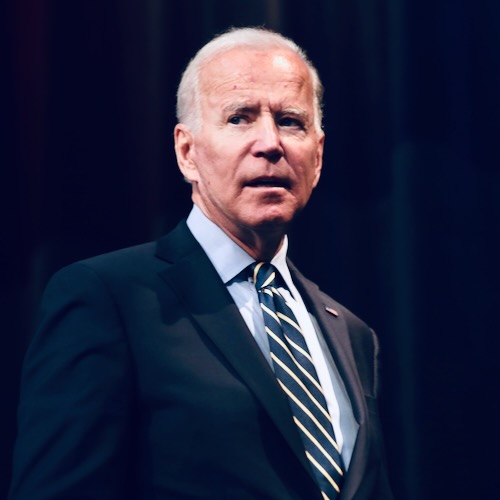 The border visit and photo op are useless. Biden decided a visit to the border was FINALLY necessary. Except he’ll leave knowing nothing and will continue to do nothing.

But he’s going to the border! He’ll see how overrun the shelters are and how many are camping on the streets! Biden will finally understand how much of a crisis this is. Which he won’t, because the Administration ordered a “clean up on Aisle El Paso!” so that the actual reality of how bad the situation is would be hidden from view.

Biden does not want America to see the chaos that he has caused on the border.

This is just a photo op and a game of pretend.https://t.co/4KJqorJjrP

President Biden’s border visit today is to a sanitized version of El Paso.

He has no plans to enforce federal immigration laws.

Texas will continue our historic border mission to protect our state. pic.twitter.com/UelZRg0Zts

Furthermore, the Administration is attempting to gaslight everyone into thinking the immigration flood has slowed considerably in the last month. However, THIS little fact should be used in every campaign ad from now until the last minute of the next Presidential election.

Since January 2021, approximately 5 million immigrants have been encountered trying to enter the U.S. without permission — more than the total from former President Barack Obama’s eight years in office.

Seriously, read that again. In less than TWO years the number of illegals who’ve arrived at our border and either been turned back or flown/bused across the country surpassed the numbers during the entirety of Obama’s eight years in office.

Yes, Biden. You built this in SPADES. CBP personnel are over worked, vilified by the media and Democrats, attacked, shot, killed by illegals and you’ve done nothing. Nor has your so-called border “czar” the useless Kamala Harris. HER photo op in El Paso was even more useless than yours since she never left the damned airport!

Of course, Biden had to proclaim on Thursday that it’s up to him to get this mess has exacerbated by one thousand percent fixed.

Two days later, the Biden administration rolled out fresh restrictions at the southern border to sharply reduce illegal crossings by widening the use of Trump’s pandemic-era policy known as Title 42. The policy allows border officials to expel migrants without hearings, sidestepping federal law that guarantees asylum seekers a chance to make their case inside the United States.

Biden’s dependence on the emergency public health authority as a tool of border control has become a glaring example of his conflicted needs and policy entanglements. Administration officials resisted ending Title 42 until Biden’s second year in office. Republican state officials fought him all the way to the Supreme Court, where a 5-to-4 ruling last month kept Title 42 in place for the time being.

As for Biden’s new ideas he’ll likely have touted at his useless photo op, one of those involves work permits.

Migrants paroled into this country can stay only temporarily. That is why the work permits in Biden’s new parole program last only two years. But does anyone think Biden will track immigrants down after two years and send them back to where they came from? Of course not. The millions of migrants Biden has released into the U.S. to pursue asylum claims will also stay, even though they are sure to lose their claims because they are economic migrants.

An excellent question and given the LACK of response by the Biden Administration these last two years, I’d say the answer to tracking those who stay past their two year time limit is a solid NOPE.

Biden’s visit is at years late and millions of dollars short. Governor Greg Abbott makes that abundantly clear with his letter to the President.

Today, I met with President Biden during his first visit to the border.

I hand-delivered a letter asking him to do his constitutional duty to secure our border and keep Texans — and Americans — safe.

You can read the letter in full, here.

Furthermore, this press release from the Governor outlines many of the steps that Texas has had to take in an attempt to deal with the problem that the Biden Administration refuses to.

Meanwhile, many illegals outright admit that they showed up on our border because Biden invited them here! “He told us to come.” Yet we are supposed to feel sorry for all the sanctuary cities like Denver, Chicago, and New York who are now in a political fight because despite their invitations, they are all exhibiting a major case of NIMBY!!

Meanwhile, what does Homeland Security Secretary Mayorkis say in response to well-deserved criticism? Blames Governor Abbott and refuses to accept any responsibility for his lack of action.

“We cannot have the rights and the needs of individuals who are seeking humanitarian relief in the United States be exploited for political purposes. We cannot have unilateral governor action that is not coordinated with the federal government to address an issue that is of national importance,” Mayorkas said.

Except that that is EXACTLY what the government is doing. Nothing. They are fiddling while Rome burns and the states try to deal with the problems the federal government created.

So what did Biden see during his visit? NOTHING.

At his first stop, the president observed as border officers in El Paso demonstrated how they search vehicles for drugs, money and other contraband. Next, he traveled to a dusty street with abandoned buildings and a small playground. Near the street was a metal border fence that separated the U.S. city from Ciudad Juarez. Biden walked slowly along the border wall, initially joined by two Border Patrol agents.

As in, no migrants trying to cross, no migrants sleeping or hanging out on the streets, thinned out processing center (if he actually walked into one), and very few actual illegal immigrants.

In other words, the border photo op was a useless dog and pony show that won’t move the needle for anyone.