Next post
Ho: White Supremacy Is The Root Of All Evil 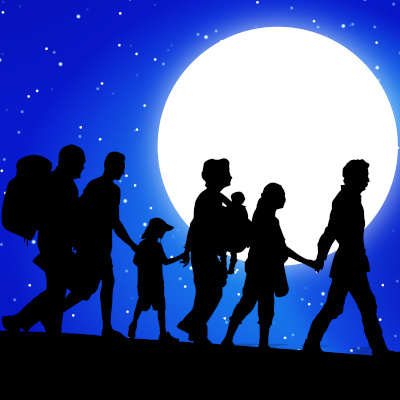 Once upon a time, there was a presidential candidate who promised to handle the border crisis soon after taking office. Trust him, he said. What he didn’t tell us was his plan would lead to the number of illegal immigrants coming over the border increasing at historic proportions. He didn’t tell us he’d be housing children caught entering the country illegally in convention centers and other non-traditional housing facilities not only along the border but as far away as Michigan. He didn’t tell us his border czar would bail before his first 100 days in office were over. Welcome to the Biden Border Crisis, where no end is in sight.

Yesterday, it was announced that border czar Roberta Jacobson, former ambassador to Mexico, was stepping down at the end of this month. She does so “amid the surge of migrants to the US-Mexico border that the White House has refused to acknowledge as a crisis.” According to National Security Adviser Jake Sullivan, that will leave Kamala Harris in charge of the “whole-of-government approach” to the border crisis. The crisis may have gone to Hell in a handbasket under Jacobson, but at least she’s been to Mexico and has an understanding–presumably–of its causes. To say we are going to have to rely on the Vice-President to help find a solution to the issue doesn’t fill me with confidence.

But that is only the tip of the iceberg that is the immigration problem facing the current Administration. Jacobson has admitted the increase in those attempting to illegally enter the country may be because of Biden’s policies. She even admitted the Administration was sending conflicting messages and that made it difficult to deal with the situation.

Hmm, one has to wonder if someone didn’t whisper in her ear that she wasn’t being a good little comrade by not parroting the party line verbatim.

One of the most troublesome problems presented by Biden’s immigration policy–if you can call it that–deals with children. To give a little perspective:

There are currently more than 16,000 unaccompanied children in HHS care and more than 4,000 in Customs and Border Protection (CBP) custody. On Thursday, CBP announced there had been 172,000 migrant encounters in March. That included 18,890 unaccompanied children — a 100% increase from the already high numbers encountered in February, and the highest monthly number recorded.”

But there is no border crisis.

So tell me, Mr. President, what about the crisis we’re facing now that these unaccompanied minors are in the United State? How do you answer charges from their parents or guardians who are already here that they aren’t able to contact their children currently in federal custody? What do you say to them when they tell you they haven’t been getting updates about their children’s welfare?

Here’s another question, Mr. President. Or should I address it to Madame (or is that sexist?) Vice-President? Anyway, to whomever wants to answer, how do you explain your administration’s cavalier response to multiple allegations of sexual assault, among other things, of children held in the San Antonio Freeman Coliseum? Oh, wait, we have your answer, thanks to Jen Psaki. She says there is “no basis” to call for the facility to shut down.

Wow, way to look out for the welfare of these minor children your Administration decided to take responsibility for.

More than 1,300 kids are housed at the Coliseum right now. According to Gov. Greg Abbott, “he believed the allegations came from someone inside the facility, and that they include sexual abuse, insufficient staffing, children not eating and COVID-positive migrants not being separated.” These complaints have been filed with Department of Health and Human Services and the Texas Department of Family and Protective Services and allege “FOUR DIFFERENT KINDS OF CHILD ABUSE.” (emphasis added)

As for Psaki, she said “no basis for his call to shut down San Antonio Freeman as an intake site.”

Oh, but they will take the allegations seriously and look into them. . .leaving everything unchanged in the meantime.

Way to protect those kids you are so determined to reunite with their families just as soon as you can, Mr. President.

It gets better, if your definition of better is that it gets worse. To help deal with the crisis that isn’t a crisis along our southern border, Biden and friends will be sending unaccompanied children to Michigan to be processed and held. Not only that, but it will be along Michigan’s NORTHERN border. Think about that for a moment. How is this supposed to make any sense? These 240 or so children will be ages 12 and under. Tell me how in the ever living hell this is a good idea? How does it make any sense?

And how much money will it cost taxpayers to not only house these children but transport them ore than 1,000 miles from where they came into the country and then, in many situations, back across the country when they are released into the custody of a parent or guardian who is already here?

Rep. Lisa McClain (R-MI) asked a pertinent question about the situation. One that has yet to be answered to the best of my knowledge.

Mr. President, it was reported your administration was not going to send illegal immigrants north, you have now flip-flopped. . .Can you assure us with the Michigan numbers rising that these unaccompanied minors don’t have COVID and that they have already been processed?”

In the silence, however, came news of yet another idea being floated by the Administration to help cure the crisis that isn’t a crisis (Psst, yes, it is. It is a very real and very large crisis whether Biden wants to admit it or not.). It seems the current Administration “plans to approach U.S. companies about increasing investment in Mexico and Central America to try to reduce migration, according to a top White House official who acknowledged that government corruption in the region and the influence of human smuggling rings will slow progress.”

Not really. Businesses will need to pass that expense on to someone and that someone is you and me, either as consumers or as taxpayers. You know they will expect tax breaks from the Feds if they take advantage of this “opportunity”. Then there are the costs of protecting their investment from the same corruption the Administration acknowledges exists in the region.

And, I’m sorry, but we have problems here in this country we need to be focusing on before we go trying to save the world. Charity is great, wonderful in fact. I’m a big proponent of it. But I also know that it sometimes has to begin at home. Let’s focus on our infrastructure–the real infrastructure and not the pork barrel politics it becomes when politicians get involved. Let’s look at the state of education in this country. Job training could use help. Revitalizing our own economy after a year of Covid restrictions and closures.

Helping countries south of our border will solve nothing if the US goes down the tubes in the process.

We are in a situation where our southern states need strong state governments that aren’t afraid to stand up to Biden and his buddies. We need local governments that see the folly of being “sanctuary cities” right now. We need to toss out many of those currently sitting in DC because they do not have your best interests or mine or even the country’s in mind when they look at the immigration crisis.

Remember whose administration said there is no reason to close the San Antonio facility even though multiple allegations of child abuse have come from there. Remember whose policies have seen the number of illegal unaccompanied minor immigrants jump by 100% in one month! These are the people we need to get out of office. The mid-term elections are the starting point, but that means we have to get started now.