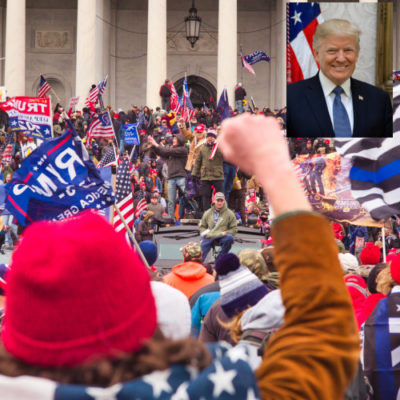 Joe Biden, president of the United States, has either forgotten completely about his dystopian movie production speech from last night, or he’s simply a lying old man who lies a lot. Let’s also embrace the possibility of “both,” because his about-face on rhetoric today is nothing short of jaw-dropping.

If you didn’t watch yesterday’s speech, then you have certainly seen the images and the memes. The memes are the only good thing to come out of the speech. Mostly because it is necessary to laugh in order to avoid crying.

This speech was in every way awful. There is no sugarcoating the fact that the President of the United States demanded that the country agree with him, and if they don’t go along with HIS vision of “unity,” then they are a “threat” to democracy. It was vintage Biden. Everyone who disagrees with him gets smeared.

But of course the media absolutely loved this speech and was busy running with it this morning. It is WAR against the Republicans, everyone! This speech was the best thing ever!!!

So naturally, it falls to Peter Doocy (who we all know Joe Biden just loves) to ask the president about what he said during the speech last night. Here’s the problem – Doocy is asking the wrong Biden the question. You see, the Biden who gave the speech last night was Nasty Mean Joe, who Jill brought out all ready and fired up (what did they give him? Espresso shots? Medication? Threats to withhold ice cream until after he gave the speech?) to trash Donald Trump and those “MAGA forces.” Today’s Biden is Frail Old Grandpa Joe, who cannot remember what he read last night off the teleprompter under the bright red lights.

Doocy: "Do you consider all Trump supporters to be a threat to the country?"

Biden: "I don't consider any Trump supporter a threat to the country." pic.twitter.com/QB7f3XVG7z

WHAT THE ACTUAL HELL.

The president’s comments were in answer to a question from Fox News’ Peter Doocy who asked if Biden considered all Trump supporters to be a threat to the country less than a day after he blasted “MAGA Republicans” in a speech Thursday.”

“You keep trying to make that case. I don’t consider any Trump supporters a threat to the country,” Biden said. “I do think anyone who calls for the use of violence, refuses to acknowledge an election…changing the way you count votes, that is a threat to democracy.”

Look, I know that he doesn’t read his own Twitter account because he doesn’t understand how the internet actually works, but COME ON.

Donald Trump and MAGA Republicans are a threat to the very soul of this country.

This is ridiculous beyond belief. It’s in the tweet. It’s in the speech. And now Biden is trying to backtrack from it? So much for all that gushing media who were just LOVING the tone last night. I would ask them how the egg on their face feels, but the truth is that in 24 hours, old Joe will forget that he said THIS, and be back to “Old Man Shouting At Clouds And Ranting About MAGA” mode again.

"Whoops I did an accidental fascism and declared war on most of the country and am now going to dramatically and absurdly walk it back after my corporate media legion humiliated themselves by defending me." — Joe Biden https://t.co/AEkomShMtS

There are only two logical conclusions for why Joe Biden said this, and neither of them are good. We either are being gaslit in an extreme fashion by a lying old man with an ugly soul, OR Biden actually and legitimately cannot remember the speech he gave last night. Both are possible at the same time as well, which means that mean and nasty Joe Biden, who once had more of his faculties about him (you know, enough to claim that Mitt Romney was going to enslave people if he won the 2012 election), is rapidly deteriorating into a dementia-addled dirty old man who gets vicious with the night staff when his meds wear off, but is docile and looks frail and harmless in the morning.

I don’t think I have words adequate enough to express how screwed we all are in either scenario.