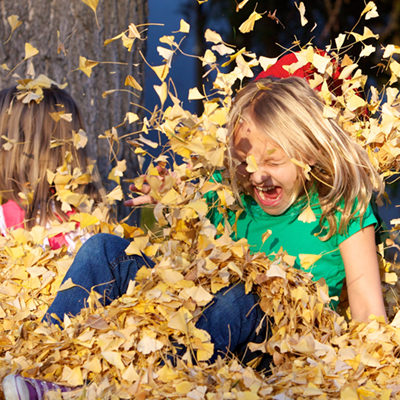 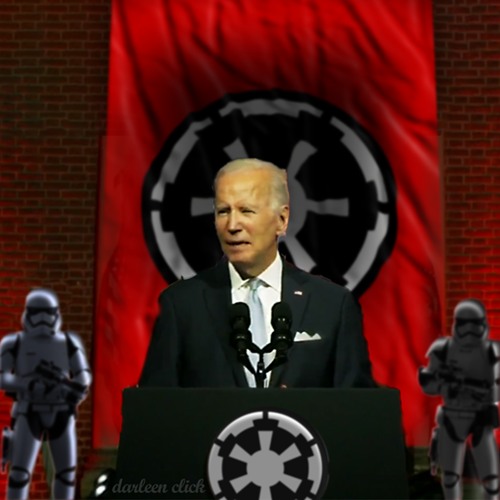 by Deanna Fisher in politics 18 Comments

The Joe Biden speech on “saving the soul of America” went just about as well as you would expect from an old man who can only read off a teleprompter. The problem is, very few people watched it, and the images are truly bad. As in, they would have been considered overkill in a movie about a dystopian society.

Whose brilliant idea was it to light up the front of Independence Hall blood red? Yes, the two other sides were lit up in blue, but that’s not where the video cameras were pointed. When you see images from this speech, this is the image everyone gets.

Nothing screams unity like a backdrop of blood red lighting and Marines positioned behind Biden as he shouts with raised clenched fists from the podium. pic.twitter.com/ZkjUPGF0WN

The only good thing about this speech are the memes that are going to be coming out of it. We here at Victory Girls joined in that fun, as you can see by the featured image on this post. It was the low-hanging fruit. Just swap out the words “Donald Trump and MAGA Republicans” with “Obi-Wan Kenobi and the Jedi Council” and you end up with a speech that even George Lucas would have said, “You know, we might be a little too heavy handed with Palpatine’s dialogue here.”

"Donald Trump and the MAGA Republicans represent an extremism that threatens the very foundation of our Republic…" pic.twitter.com/ZbA6eNcTsp

The entire speech (if you can take it) can be watched here.

However, if you watch this speech, you’re among the few who did. None of the networks pre-empted their schedules for this primetime speech, leaving it solely to the cable news channels, Twitter, and YouTube. Which meant that the reaction to the speech went exactly as Team Biden wanted, right? This was all supposed to be about UNITY. UNITY, DAMMIT. Biden claimed to be the president of ALL Americans – right after he got done singling out “Donald Trump” and “MAGA forces” (forces??? I told you this had Star Wars overtones) as the ones disrupting his UNITY and if people would just AGREE WITH HIM, then the Bad Orange Man would go away and we would have peace. And unity.

However, those who actually listened to the speech (and we all got a preview of what it was going to sound like) and then looked at the optics, came away bothered by the entire effect. First of all, the two Marines standing in the background. The military is supposed to not be used for overtly political speeches or campaign imagery. This speech qualified as both. There was nothing nonpartisan or unifying about Biden during this speech. This was a rip-roaring authoritarian screed, and having the Marines standing at attention behind him only underscored who this man actually is at this moment, and what is being implied by having uniformed military behind him. Or let me put it another way: imagine Donald Trump had given a speech – any speech – with these optics. The left would be SCREAMING. Now, the left isn’t screaming (because they agree with Biden), but when you lose a CNN anchor, perhaps it’s time to question the optics.

Whatever you think of this speech the military is supposed to be apolitical. Positioning Marines in uniform behind President Biden for a political speech flies in the face of that. It’s wrong when Democrats do it. It’s wrong when Republicans do it.

Even those who are more apolitical than not were offering commentary on the visual being provided.

Everytime I think Biden and crew can’t be dumber they outdo themselves. Seriously who gives a speech warning people about how dangerous Republicans are to Democracy while having a background that looks like the Soviet Union and Hitler had a baby? pic.twitter.com/sukqTswI3C

The words of the actual speech are bad enough without adding in the dystopian horror show being projected in front of Independence Hall. This is the same place where the Declaration of Independence was signed, and where our Constitution was created and signed. That this speech was given at night, with RED LIGHTING as the projected backdrop, and Marines in the background… just whose idea was this??? It definitely wasn’t Joe; the old man can read a teleprompter, but staging and lighting are not what he does. Jill walked out with him and sat in the audience, and then escorted him back out after the speech (and why did she need to do that, I wonder – can’t Joe walk by himself?) – did she have a hand in this? Where’s Kamala Harris? This is such an insane staging set-up that someone needs to take blame for it. Those kind of optics just don’t happen by accident.

And Republicans need to be running clips of this speech and those incredible authoritarian optics from now until 2024. This speech needs to be in the ads of every single Republican running for office, because THIS is what President “Unity” really thinks of anyone opposing him. Every single Democrat needs to be held accountable by voters (because the media, with rare exceptions, won’t do it) and pressed as to whether or not they agree with Biden and his view of Republicans.

Forget the “soul of America.” This speech was an ugly look into Biden’s soul. The only chance we have left to stop this dystopian vision is to vote in record numbers against it in November.