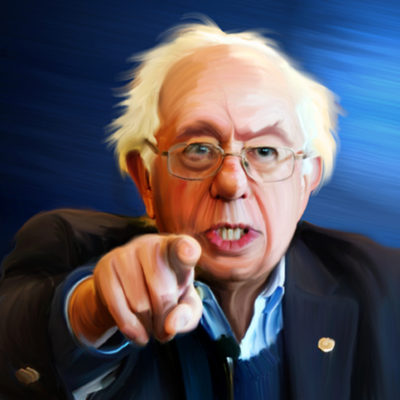 Next post
Biden Brawls With MI Autoworkers Over Guns 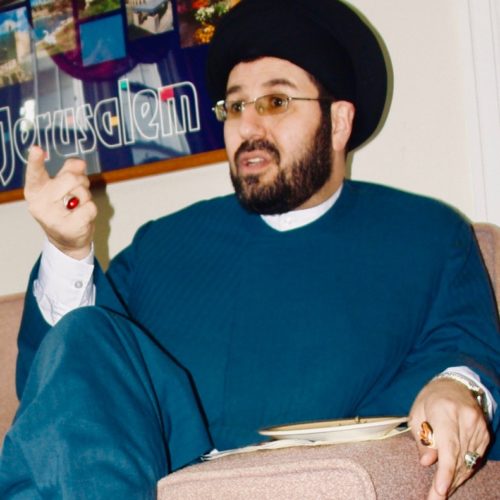 Here’s part of what he said at the rally.

“Imam Sayed Hassan Qazwini, leader of the Islamic Institute of America in Dearborn Heights, recalled the year 2000 saying they were deceived by Geroge W. Bush, “who came to us and said he would care about Arab Americans, fight racial profiling… We were stunned and we will not repeat that mistake.”

“We need someone who unites Americans, not divides us and that is Senator Bernie Sanders,” he said.

Khaled Beydoun, law professor and author of “American Islamophobia: Understanding the Roots and Rise of Fear,” has been supporting Sanders since 2016 “because he was the first presidential candidate to condemn Islamophobia and unapologetically champion the civil rights concerns of Muslims.””

Here’s the video cued up at 15 minutes in when Qazwini starts speaking.

The video is titled thusly:

Let’s examine that for a moment shall we? Bernie Sanders is trying to convince Americans that he’s about love and justice, and disavows hate and greed. Sounds wonderful doesn’t it? As Jodi points out, Sander’s open borders stance during the, excuse me, the Wuhan virus mess we are in is not lovely. It is hateful and greedy.

Let’s take a deeper look at Imam Qazwini. Thanks to research by others, such as Chuck Ross over at The Daily Caller, we find out that he has a very problematic history. One that should send red flags flying.

Looking again at his speech at the rally, Qazwini said the following.

Sounds wonderful. Sounds like he’s trying to bring everyone together to link hands and sing Bernie into the White House. Right?

Except that he ALSO compared President Trump to the Coronavirus and essentially said that all politicians are like sperm. I kid you not.

Bernie thought a speech from this guy would be helpful. He thought getting support from this guy and those who follow the Imam would garner him additional support and credibility given that the Arab-American News organization in Dearborn recently endorsed Bernie.

Imam Qazwini’s support for Bernie should be a problem for the campaign. Why?

That, right there, should be a non-starter for ANY presidential candidate. Any rational person would know that this guy didn’t just throw this kind of heinous theory out there for shits and giggles, and then backtrack his remarks later on. Nope, he believes what he said and has likely stated that on multiple occasions since then.

The Imam from the Bernie rally also is a big supporter of… Bashar al Assad. https://t.co/VEcrq6zUC0 H/T @SoccerMouaz

The Imam from the Bernie rally once boasted of his closeness to Hezbollah’s spiritual leader and said Bernie is “an honorable man, even though he is a Jew.” Nice. https://t.co/6mKDsVeACA

Yeah, Bernie is honorable alright. He’s surrounding himself with the VERY BEST PEOPLE! People who are violent – see Steve Scalise. People who absolutely hate this country.

And now there is this Imam dude endorsing Sanders, calling conservative politicians “sperm,” stating in past speeches that Israel and ISIS have been partners all this time, supporting genocidal Assad as well as the terrorist group Hezbollah.

Bernie, who supports every dictator he can including Castro, is surrounding himself with people who hate America and Israel.

Bernie does have an Imam problem. More than that, Bernie IS a problem. The saying, you are known by the company you keep, speaks volumes about one’s character and fitness for office.

Bernie’s company shows that his character and fitness for office are sorely lacking. Bernie’s Imam problem is just one of the many reasons why a Sanders Presidency would tear this Republic apart.