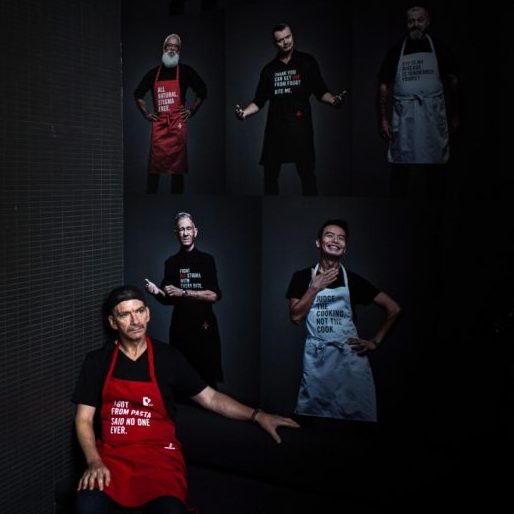 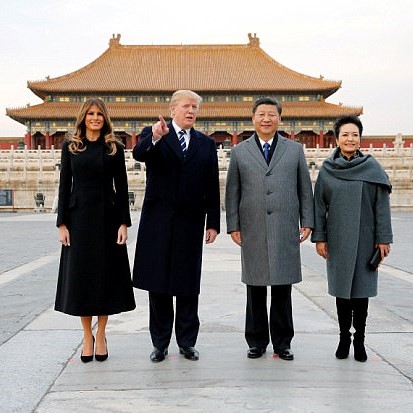 On his third foreign trip abroad, Donald Trump has largely proved “The Art of the Deal” and he makes it a family affair. Landing in China yesterday, the Chinese even found a tall enough staircase so that President Trump could exit the front door and not the baggage compartment door as former President Barack Obama was forced to do. To be fair, Obama was in Hangzhou Province and not Beijing, so it was probably an oversight.

Donald Trump arrived in China, the third country on this international trip to meet with Chinese President Xi Jinping. Donald Trump is expected to discuss trade issues and North Korea with President Xi. During the campaign of 2016, Donald Trump railed against China and our financial relationship with the Chinese. As ABC News reported:

Yesterday, on the other hand, it wasn’t the fault of the Chinese. No. It was the fault of previous administrations. Courtesy of the BBC:

While still characterising the relationship as “very unfair” and “one-sided”, Trump said on Thursday that China was not at fault, instead blaming previous US administrations.
“I don’t blame China. After all, who can blame a country for being able to take advantage of another country for the sake of its citizens?” he said during a signing ceremony for the business deals.
“I give China great credit,” he added.

According to the BBC, Trump and Xi also signed $250 billion in contracts, although some are non-binding. The non-binding part means they are worth diddly squat, technically.

Melania Trump toured a school with Peng Liyuan, the First Lady of China. Miss Peng is a famous folk singer and member of the People’s Liberation Army. Her “sound” is not my cuppa, since I am not fond of screeching cats. You can follow the link here. The two First Couples attended the Chinese opera at the Forbidden City. In my humble opinion, whatever you think of Donald Trump, he deserves a medal for that.

The two couples capped off Day One with a state dinner at which a video of Donald Trump’s granddaughter was shown. Arabella Kushner sang and recited poetry in Mandarin. I mean, like, don’t all six-year-olds know Mandarin? The evidence:

At least Donald Trump used his real granddaughter, right? Remember when the Chinese hosted the Olympics and swapped in a perfect child to lip sync to the beautiful voice of a less-than-perfect child?

On Friday, President Trump and his more-than-perfect family will fly into Vietnam. In Vietnam, the youngest Trump grandchild of two months will present a Dong Ho painting. Just kidding. Just kidding.