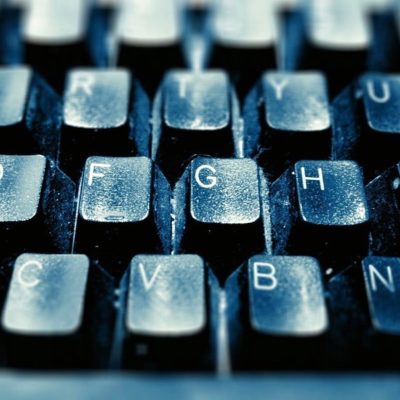 No sooner than one week into their school year, nearly 300 staff from within the Kenosha Unified School District called in absent this week, moving the learning structure to a strictly virtual model.

“Connect and teach”, says gauged-eared art teacher who spends his free time painting murals on the streets. How do you do this in an online virtual model with Kindergarteners? You don’t. You certainly don’t when nearly 300 staff are absent from work. What does the Kenosha Unified School District have to say about this? This from their Facebook page:

Due to a surge of employee absences being reported for tomorrow, Monday, Sept. 21, we must move Bradford, Harborside, Indian Trail, LakeView, Lincoln, Reuther and Tremper to virtual learning for the upcoming week. Students at each of these schools will be expected to log in for classes at their scheduled time from Monday, Sept. 21, through Friday, Sept. 25, in order to be marked present.
We sincerely apologize for this late notice and for the inconvenience this may cause our families.
Note: Absences will be covered in one of the following ways with substitutes, by combining classes with other virtual sections, or by repurposing certified staff from other areas in the district. Teachers who call in sick are not able to teach virtually or from home.”-Kenosha Unified School District

So, not only are teachers not penalized for not showing up to their JOBS, they are rewarded with basically, a paid day off. They don’t even have to “phone it in” here. All of this while parents and guardians scramble for the week. These staff members are not legitimately calling in with ailments or in a caring attempt to not infect other staff members or Kenosha’s children-those they claim to hold so dear. Nope. This is a staged call-in backed by a teacher’s union. These are public schools backed by taxpayers.

Families are getting the short end of the stick

All schools should have the choice to reopen or not

But families need a choice too.

School districts nationwide are operating under the guise of “offering parents a choice” between virtual and in-person learning. The only problem is, when 300 or so teachers call in, parents are no longer offered that choice. The choice is made for them and their hands are tied. How do these “essential workers”, these “public servants” view this? They claim to care so much about these kids but in reality care more about their political leanings and doing the bidding of their unions.

The Kenosha schools switching to a virtual model this week are secondary-high schools and middle schools. I guess the district feels as if they’re doing the public a favor by keeping elementaries open. After all, most high schoolers and middle schoolers are relatively independent, right? They will stay home and do their homework like good teenagers do. They won’t spend the whole week playing video games or on SnapChat. Throw in some questions and assignments and they’re good for the week. They really don’t need much more than that, do they? Throw in a substitute teacher who has been given a poor lesson plan by an absentee for these classes for good measure and that ol’ check in the box. These kids will get by. They’re resilient.

Whatever happened to teachers being “essential workers“, anyway? Aren’t essential workers held to the standard of keeping up government infrastructure? In this case, education being one of those? My guess is about 276 teachers within KUSD did not feel essential enough. And if they don’t feel essential enough, perhaps their jobs shouldn’t be, either. This is once again the case-people are being rewarded for behaving badly using the blanket excuse of all excuses this year-COVID-19.

I mean, some school districts are not even pretending anymore. In Los Angeles, it’s not “realistic” to open schools until “after the election“. In my state, Washington, districts are starting to develop re-opening plans, with secondary school buildings not opening for in-person classes “no sooner than November 3rd”. Seriously, they just need to come out and say what they mean here. “The election is too important and we’re trying to make a political statement here with our jackass governor whom we are cozy with and your secondary kids don’t matter”. There. fixed it for you guys.

Last week, we were living under a huge cloud of smoke on the west coast. Our director e-mailed us with guidance that while HVAC was turned off in our buildings, the expectation was that we would work from home, which we did. There are no expectations placed upon the secondary teachers within the Kenosha Unified School District. None. But their absences, I am sure, cause a domino effect amongst the other support staff within the school district and their surrounding communities. Substitute offices within their district had to scramble late Sunday night to find teachers for these schools. Tech support lines for these schools, I am certain, have blown up with substitute teachers unfamiliar with the technology because they don’t use it every day and with frustrated parents. Over the past few weeks, I have talked with parents who are exhausted beyond belief. Some are working nights and up all day to ensure their children are online and on-task. Where is their respite? Grandparents are taking over the duties of parents in some cases and the concept of virtual learning to them is both foreign and daunting to even those with some tech prowess. Some parents had to quit their jobs to stay home with their students and when there are tech issues or a teacher does not communicate in a timely fashion with them, they are beyond frustrated.

I, for one, am one of those parents. So, forgive us if we have no sympathy for the protests and the artsy tombstones. Forgive us for laughing when we hear that schools will not open (even in hybrid mode) until early November. Forgive us for being cynical about virtual learning in the name of “new normal” and “flattening the curve”. Forgive us for hoping all of these teachers who have called in will step aside for more passionate teachers willing, invested and dedicated to the profession and our children. Forgive us for questioning what the difference is between the summertime outings and book studies on “White Fragility” with peers and physically not being willing or able to show up to class to teach our kids in the fall. Forgive us for being pissed off. For now, it’s another day in virtual land.