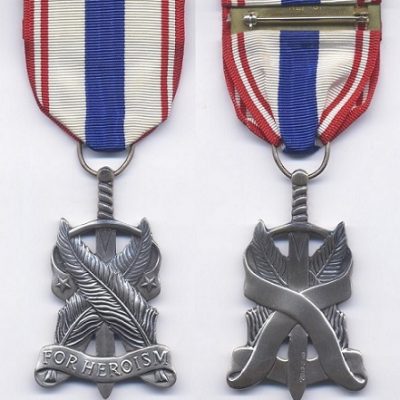 UN Ambassador Nikki Haley Puts Palestine’s Abbas On Notice: ‘I Will Not Shut Up’ [VIDEO]

UN Ambassador Nikki Haley Puts Palestine’s Abbas On Notice: ‘I Will Not Shut Up’ [VIDEO] 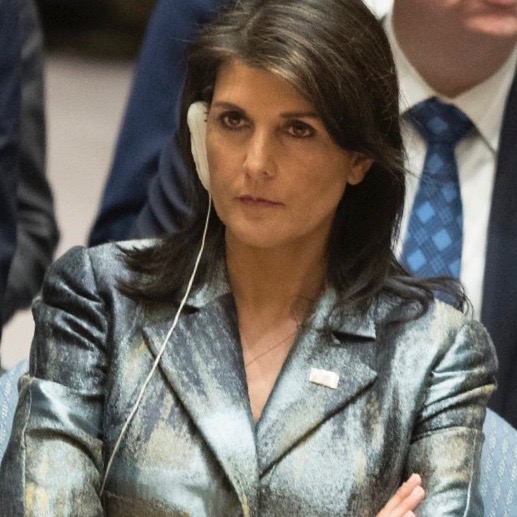 Since 2008 we’ve needed an advocate at the United Nations who will go to bat for our Republic and for freedom around the globe. Not since the days of Ambassador Jeanne Kirkpatrick have we seen anything like Nikki Haley. Her fierceness for freedom and the U.S. continues to put the inept U.N. on notice. Today was one such occasion.

On Tuesday, U.S. Ambassador to the United Nations Nikki Haley gave a fiery speech in which she blistered the U.N. for its gross bias against Israel, ripped Hamas for subjugating the Palestinians in Gaza, and slammed Palestinian Authority President Mahmoud Abbas for leaving the U.N. chamber before she made her remarks.

Ambassador Haley put Palestine’s Mahmoud Abbas on notice today, and it was glorious to behold.

Keep in mind, this is only a few short days after she had so enraged Palestinian officials that this was their reaction.

I for one, am glad she ignored Erekat’s petulant order.

As you can see from her speech, Ambassador Haley in true Iron Lady style, politely and VERY firmly laid it on the line. In just a few short sentences she pointed out that the focus on Israel has led everyone to ignore the very real credible threats posed by ISIS as well and the ticking time bombs that are Yemen, Syria, and Lebanon. She also called out Iran, whom she had previously discussed in a NY Times Op-Ed.

The new U.N. report makes it clear that the weapons were introduced into Yemen after the arms embargo was imposed, putting Iran in undisputed violation of the United Nations resolution.

As if anyone needed a reminder of how craptastic the Iran Deal is. 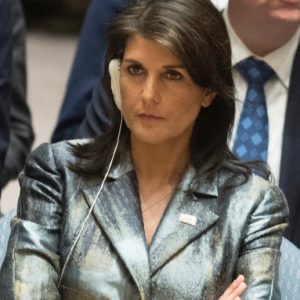 Needless to say, Palestinian Authority President Mahmoud Abbas knew he wasn’t going to like what Ambassador Haley was going to say, so he stomped out of the room. So classy.

The remainder of Haley’s speech was epic.

I sit here today offering the outstretched hand of the United States to the Palestinian people in the cause of peace. We are full prepared to look to a future of prosperity and coexistence. We welcome you as the leader of the Palestinian people here today. But I will decline the advice I was recently given by your top negotiator, Saab Erekat: I will not shut up. Rather, I will speak some hard truths.

The Palestinian leadership has a choice between two different paths: there is the path of absolutist demands, hateful rhetoric, and incitement to violence. That path has led, and will continue to lead, to nothing but hardship for the Palestinian people. Or there is the path of negotiation and compromise. History has shown that path to be successful for Egypt and Jordan, including the transfer of territory. That path remains open to the Palestinian leadership if only it is courageous enough to take it.

So once again, you must choose between two paths. You can choose to denounce the United States, reject the U.S. role in peace talks, and pursue punitive measures against Israel in international forums like the U.N. I assure you that path will get the Palestinian people exactly nowhere toward the achievement of their aspirations. Or you can choose to put aside your anger about the location of our embassy and move forward with us toward a negotiated compromise that holds great potential for improving the lives of the Palestinian people.

As if that wasn’t enough, she finished off with this:

Haley to Abbas: "Our negotiators are sitting right behind me, ready to talk. But we will not chase after you. The choice, Mr. President, is yours."https://t.co/OBDUBIwBvC

Once again, Ambassador Nikki Haley demonstrates that she is absolutely the right woman for the job.

Jeanne Kirkpatrick said the following several months into her tenure as U.N. Ambassador.

Ambassador Nikki Haley has once again done the same.