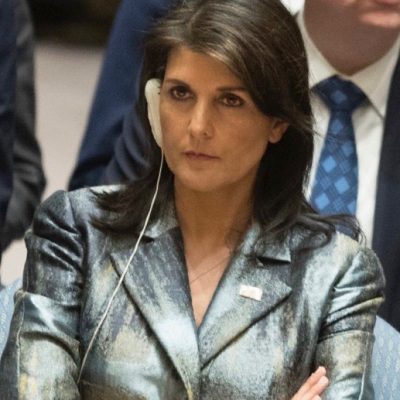 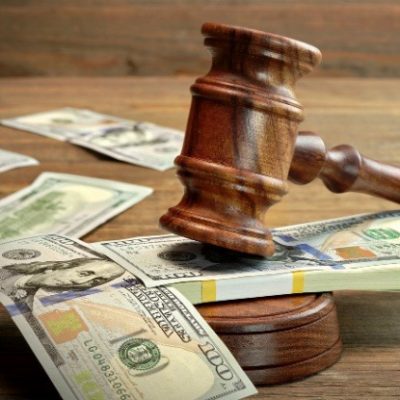 My husband and I went to see Black Panther tonight, and I’m thrilled to report that it was a joy. It’s not just because I love Marvel movies, and not because I’m somehow “supposed to” like it, according to the social justice zealots, to whom black identity politics and social justice messaging were the point of this movie, insteadof good storytelling and quality acting. I loved it, because Black Panther was fun, well acted, and well written without being preachy and annoying. 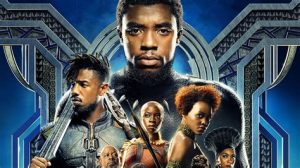 Yes, nearly all the actors in the movie were black. I’ve seen a lot of derp on the part of the right, believe it or not, bitching about the mostly black cast. Come on, people! It wasn’t because of some social justice message the movie was trying to advance. The move is about an AFRICAN NATION, so it would stand to reason that the actors would be… well… black.

Was there some leftist messaging? Sure. But it wasn’t obnoxious and in your face. It was a subtle nod to doing the right thing, lending a hand to help others, and prospering together – by choice, not by force – which, by the way, is not the purview of the left.

The nation of Wakanda – prosperous, free, beautiful, advanced, and isolated – traditionally has kept itself secret. It kept itself out of world affairs. It had no interest in sticking its nose in others’ problems and other nations’ wars. It is a closed off world. Its citizens are happy, and they don’t want any part of the outside world, including refugees, who traitorous W’Kabi says bring their own problems – problems Wakanda doesn’t need.

The fact that an obvious alt-right character utters those words and then joins the bad guy who wants to use Wakanda’s advanced technology and weapons to take over the world ought to tell you where the filmmakers stand on the issue of immigration and refugees. But hey, it’s Hollywood, and I would have been surprised if there wasn’t at least some subtle leftist fapping in the film. 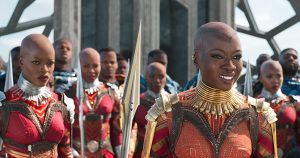 But at the same time, the movie rejects the “poor us, we’re victimized by the colonizers and white oppressors” ideology, even gently ridicules it by using the word “colonizers” when referring to the western world. It refuses to allow Wakanda’s advanced technology to take revenge on evil whitey and impose its vengeful rule for all those black folks suffering worldwide, and it refuses to lay blame anyone. And ultimately, the bad guy, who takes over the kingdom by force, and whose racist ideology is to use Wakanda’s technological and economic power to lift black people worldwide to rule others, is defeated. 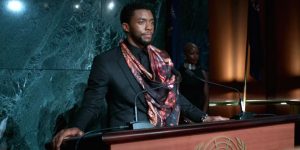 The mid-credits scene does come down on the side of globalism and rejects the idea of isolationism somewhat. Again, it’s Hollywood, and I would have been shocked not to have seen any leftist political messaging in the movie at all, but the movie treads cautiously around the issues of immigration, isolationism, and border security, choosing to focus on extending a helping hand to those in need, as all decent people should, rather than on specific policies that are much more complex and nuanced than whether or not to allow refugees to enter our borders.

Wakanda will no longer watch from the shadows. We cannot. We must not. We will work to be an example of how we as brothers and sisters on this earth should treat each other. Now more than ever the illusions of division threaten our very existence. We all know the truth: more connects us than separates us. But in times of crisis the wise build bridges, while the foolish build barriers. We must find a way to look after one another as if we were one single tribe.

Black Panther emphasizes national identity, culture, religion, freedom, and patriotism, not race. Wakanda’s leaders and citizens love their country and will sacrifice everything to defend the nation they built. Personal interests come behind service to the nation, especially for the elite Dora Milaje military regiment, tasked with the country’s defense. The Wakandans don’t hold any hatred for the “colonizers.” They are happy with what they have, they love and uphold their traditions, and they are decent people, who respect one another and help those who need it, as they did with a wounded Agent Ross. And ultimately, the would-be tyrant Erik Killmonger, whose schtick is all about race and his poor, oppressed African brothers, who are obviously much less important to him than his own power and rage, dies in the end.

The Wakandans know and respect the fact that they’re black, but they don’t wield their race as a weapon or an excuse for failure. They simply accomplish more and better, without rancor or arrogance. T’Challa ultimately makes the decision to no longer keep Wakanda a secret, not because of any kind of racial guilt, but because he feels a measure responsibility that a child – a member of his own family – was left all alone because of that secret. He feels responsible for that child, who ultimately grew up to be a vengeful killer. It is that personal responsibility that ultimately leads him to the decision to expose Wakanda, so that no other child gets left behind.

Those who are intent on seeing social justice messages will point to Wakanda’s unparalleled success and claim it’s because the country was never colonized. Others will point to the same success and get offended because the filmmakers intended to insult white people somehow by blaming them for the poverty and oppression of black people everywhere.

All I saw was a great cast (props to Letitia Wright as Shuri – T’Challa’s little sister and a luminous, adorable blend of, Q from the James Bond movies, Arrow’s Felicity Smoak, and Hugh Laurie’s Dr. House), a fun, action-filled movie, and two hours of pure enjoyment.