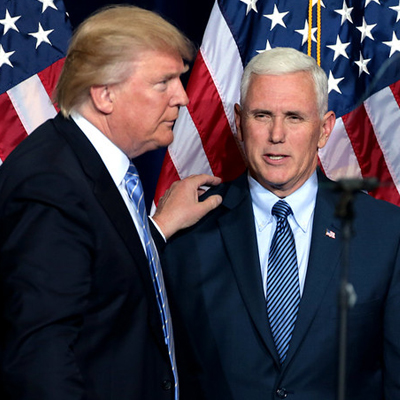 by Kim Hirsch in Headlines 33 Comments

Vice President Mike Pence has issued a lengthy letter explaining why he will not reject electoral college votes. The Boss, however, is not happy. He’s been making not-so-veiled hints that he expects total loyalty from his Veep — loyalty which Pence has provided all along.

At Wednesday’s enormous rally in Washington, DC, President Trump once again insinuated that Mike Pence should stand by him, come hell-or-high-water.

“If Mike Pence does the right thing we win the election.”

“All Vice President Pence has to do is send it back to the states to recertify and we become president and you are the happiest people.”

“Mike Pence is going to have to come through for us, and if he doesn’t, it’s a sad day for our country.”

Trump kept up the squeeze play throughout the 75 minutes he addressed his supporters.

“Nice political career ya got there, Mike! Be a shame if somethin’ was ta happen to it!”

But those requests were a bridge too far for Pence’s conscience. Before Congress met on Wednesday, he issued a lengthy letter, explaining why he could not, and would not, claim “unilateral authority” to determine which electoral votes should be counted.

“Some believe that as Vice President, I should be able to accept or reject votes unilaterally. Others believe that electoral votes should never be challenged in a Joint Session of Congress.

After a careful study of our Constitution, our laws, and our history, I believe neither view is correct. . . . .

It is my considered judgment that my oath to support and defend the Constitution constrains me from claiming unilateral authority to determine which electoral votes should be counted and which should not.”

“I also pray that we will do so with humility and faith, remembering the words of John Quincy Adams, who said “Duty is ours; results are God’s.””

(You can find the full text of Pence’s letter here.) 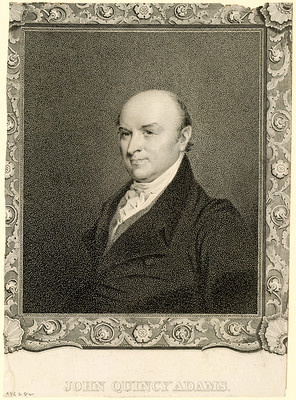 Needless to say, hardcore Trump supporters have not been happy with Pence’s failure to follow the Boss’s orders. Like unhinged attorney Lin Wood, who called for Pence to be arrested and executed “by firing squad.” Plus, TX Rep. Louis Gohmert filed a lawsuit against Mike Pence, insisting that he has sole discretion to determine which electoral votes should be counted. On Friday, a judge threw out that suit.

Then, around 2:15 eastern time on Wednesday afternoon, security had to rush Pence out of Senate chambers for his safety. Angry protesters had breached barricades outside the Capitol building where Congress had been meeting to hash out the electoral votes.

Watching the drama in DC on Wednesday, I heard a Fox reporter say he spoke with a Trump supporter who expressed her anger at Pence. She said the Constitution didn’t matter, he should’ve stood by Trump. On social media, others predicted that Mike Pence’s political career is done.

Well, it probably is. Never mind that Pence has been a stalwart supporter of life, religious liberty, and the Second Amendment. Apparently all that matters for some is how well he followed the Boss’s demands. And then he let them down.

So yeah, Mike Pence is probably toast, politically speaking, that is. Republicans are riding a populist wave, and even though Donald Trump will leave the White House, he has left a huge mark on the party. So president or not, Trump will continue to be its de facto leader. Loyalists, however, will view Pence as the guy who destroyed Trump’s shot at a second term. Never mind that the shot was a Hail Mary pass, anyway.

“The thing is, he’s not wrong. It’s the duty of the legislature to contest this, not the VP. In 4 years, do we want Kamala Harris entrusted with the power to throw out electoral votes she doesn’t deem fit? Would we have wanted Al Gore to have that power? The problem is, we were all hoping for the impossible from Pence because too many of our Republican legislators have no backbone. They were given the duty under the Constitution, and they shirked it. That’s not Pence’s fault, and I don’t fault him for declining to set a precedent that could be devastating if someone less ethical were in his shoes.”

Think about it: would you want a VP Harris throwing out electoral votes she doesn’t like? I wouldn’t, and I bet you wouldn’t either.

Mike Pence did the right thing. Yes, I said it. Integrity is on the line in our republic, as well as our Constitution, and Pence stood up for both.