Next post
Trump Should TKO Biden in First Debate 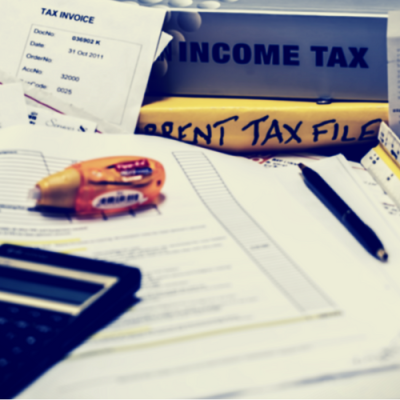 The New York Times has acquired more than two decades of Donald Trump’s tax returns. Never mind how they acquired them. What’s important is the gleeful hysteria that the media and Democrats are exhibiting. This, this is the subject that will finally bring down Orange Man Bad. Uh no. Not even close.

The media has been beating Trump’s tax return drum since the middle of 2016. Nina wrote about the hypocrisy of Hillary Clinton calling out Trump’s refusal to release his returns and you can read it here. Even Mittens Romney has asked for the Trump tax returns. Shut up, Mittens. Last month, a Federal judge ruled that Trump must turn over eight years of tax returns to Manhattan D.A. Cyrus Vance.

The New York Times article blares that for the years 2016 and 2017 Trump only paid $750 in income taxes. Oh no. That could not possible have to do with complicated things like tax deferrals? By the way, geniuses, he donates his $400,000 salary.

Mr. Trump’s elaborate dance and defiance have only stoked suspicion about what secrets might lie hidden in his taxes. Is there a financial clue to his deference to Russia and its president, Vladimir V. Putin? Did he write off as a business expense the hush-money payment to the pornographic film star Stormy Daniels in the days before the 2016 election? Did a covert source of money feed his frenzy of acquisition that began in the mid-2000s?

Speaking of beating, the media is just not gonna give up on the Russia, Russia, Russia dead horse. And, speaking of dead horses, Nancy Pelosi says that Trump’s tax information and debt are National Security risks.

Lord help me, Jesus. Nancy Pelosi is an intelligence person. She doesn’t know the difference between shit and shinola. Trump only has $421 million in loans. I thought it would be more. It probably isn’t higher because Trump’s not doing any deals right now. But, Nancy has to cast aspersions on Trump because she is EVIL. Nancy Pelosi and her family ought to release her tax returns. She says she will if she runs for President. Bwa ha ha!

As a former accountant, please allow me to explain why all of today’s newly formed tax experts are ****ing morons, and we should metaphorically put a brick in a sock and beat them over the head with it until they shut up.

I’m going to keep this blog post simple. I’m not going to get into any of the specifics of the leaked Trump taxes. Why? Because:

We don’t know how full of shit the NYT is, and you don’t do taxes based on rumors and innuendo. You do taxes based upon financial statements and the company’s books.
This shit is super complicated and my happy ass is retired and likes getting paid more money to write books instead of reading through thousands of pages of IRS regs.

I studied both accounting and philosophy at college. I know the difference between GAAP and GAAS. The journalists who wrote this piece probably have gas and wouldn’t stoop to shop at The Gap. Do they have any clue how incredibly, ridiculously complex the U.S. tax codes are? And, New York City and States tax rules are impossible. My husband worked in Manhattan for years. We lived in Connecticut, ugh. He traveled internationally a lot. He had to keep a diary of every hour he worked in Manhattan. It was a nightmare.

Here is the bottom line: Trump’s tax returns may be ripe for snark and innuendo, but at the end of the day, they are legal. Trump’s tax team made sure than he didn’t pay $1.00 more than he had to pay. Just like Warren Buffett and Bill Gates. Oh, and one more thing. If you think you don’t pay enough in taxes, the Treasury Department will glad accept your donations.