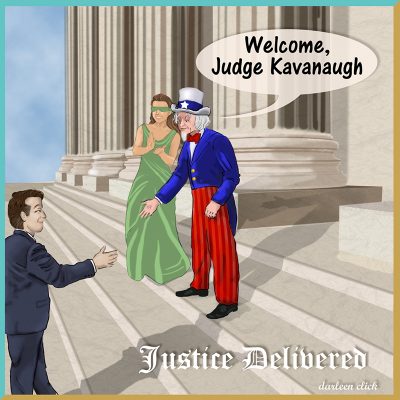 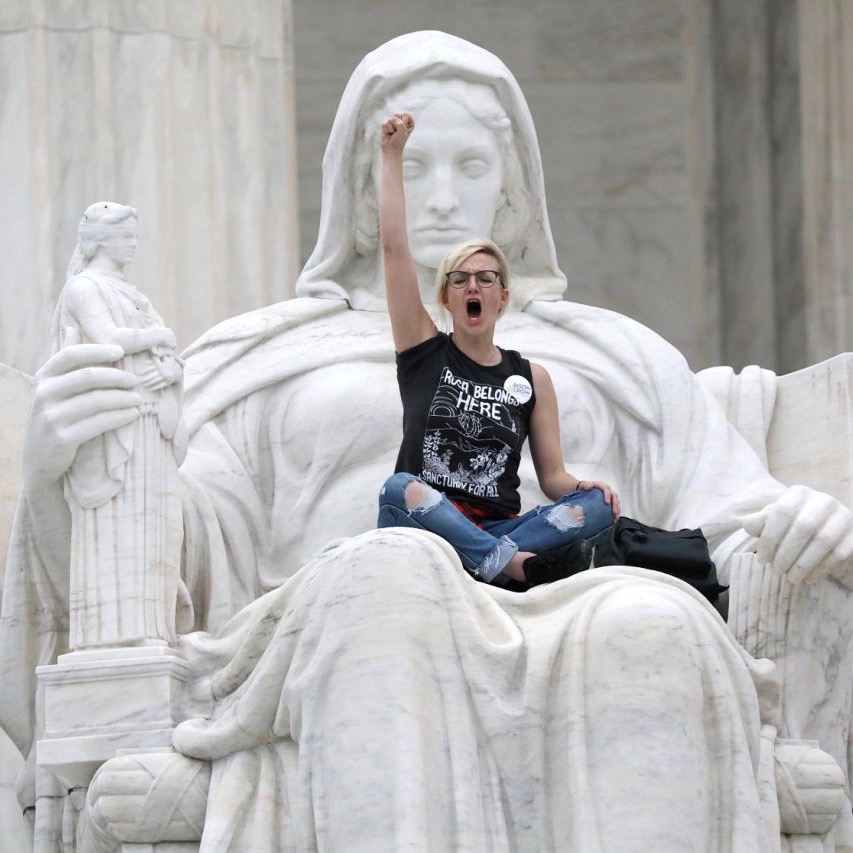 The reactions by those who opposed Justice Brett Kavanaugh’s confirmed appointment to the U.S. Supreme Court have been striking. Yes there are a great many across the U.S. who are very glad that his confirmation prevailed, I’m one of them. Yet there are way too many whose reactions have been astoundingly and dangerously unhinged. Trump was correct when he told us we shouldn’t give power to the left-wing mob.

What did he mean?

How about Chuck Schumer leading the pack in announcing that he was going to oppose the nominee, no matter who it would be?

Diane Feinstein sitting on a letter from Christine Blasey Ford and then it magically leaks to the Washington Post?

Let’s not forget Kamala Harris willfully ignoring everything about the law, Amy Klochubar whining about how 42,000 pages of 12 years of legal opinion was just too much to wade through, or Hirono telling us to SHUT UP?

Then there was the debacle of the infamous day of testimony where Sheldon Whitehouse decided to put on his Columbo hat and delve deep into drinking games and fart jokes!

After all that, SUDDENLY it was a question of temperament because all the STILL uncorroborated allegations and innuendo were to be treated as genuine. Due process, presumption of innocence and rule of law? To hell with that!

What else did Trump mean by this? How about what happened in the Senate gallery during the vote process? J. Christian Adams was there.

“Mob rule is necessary,” one shrieking woman shouted before security personnel could settle her down.

Then the roll was called, and it sounded like the gates of hell opened up.

Nearly a dozen women erupted in unison, shouting, howling, screaming, in an unrecognizable venomous wail.  They wouldn’t stop.  There was fury, rage, hate, poison in the noise.

It wasn’t prose.  It wasn’t song. It was a swarming, shrill, swirling noise.

I leaned over to someone and whispered, “Pay attention, that’s what the Left sounds like.”

That is who Trump was talking about during the rally. He was also talking about Nancy Pelosi wanting to file FOIA for the FBI report along with Dianne Feinstein, Richard Blumenthal and Democrat operatives such as Brian Fallon throwing snit fits.

Kavanaugh “will be an illegitimate justice, and his confirmation will mark a point of no return for the Supreme Court’s reputation as the one, apolitical branch of government,” Fallon told Reuters

Oh, so we’ve now moved from temperament to legitimacy of the court. That was fast.

You may have female parts but you are no woman @SenatorCollins and we who are don’t want anything to do with you. https://t.co/XUt5Yk3Ahu

This from Alyssa Milano

My thoughts on this sad day for America (a thread):

Right-wing & corporate special interests selected this nominee and propped up his nomination with tens of millions of dollars in dark money.

We need to prioritize protecting our courts, which starts with retaking the Senate.

Further on in her thread, we find out that what happened today is all Ronald Reagan’s fault. She’ll be on Meet The Press tomorrow to provide her “expert” point of view on what happened.

From a writer for the Stephen Colbert show

Deleted the tweet and locked her account after admitting she didn't care about the allegations and just wanted to ruin his life. pic.twitter.com/9FAsWxkPcr

And this via Benny Johnson

Look at these tolerant, progressive protesters dancing around this lone, 71 year old Trump supporter – they eventually try and rip his signs up but are stopped by organizers. pic.twitter.com/X8evmEzmzx

You really and I mean REALLY don’t know how angry that scene makes me.

Trump stayed back behind the scenes and let the horrific debacle surrounding the baseless accusations against Justice Brett Kavanaugh play out.

He was right to stand by his nominee, but the best thing he did to help was to stay mostly out of the fight. https://t.co/itoBKZe9MO

The focus stayed where it was supposed to. The attempted gaslighting of a good man only because he was nominated by Trump.

“You don’t give power to an angry left-wing mob.  The Democrats have become too dangerous and extreme to govern. Republicans believe in the rule of law, not the rule of the mob.”

Yes, let us celebrate and be thankful that Justice Brett Kavanaugh now has a seat on the United States Supreme Court. But we must stay on guard. The left-wing mob came too close to winning this battle. Our Republic needs safeguarding now more than ever.