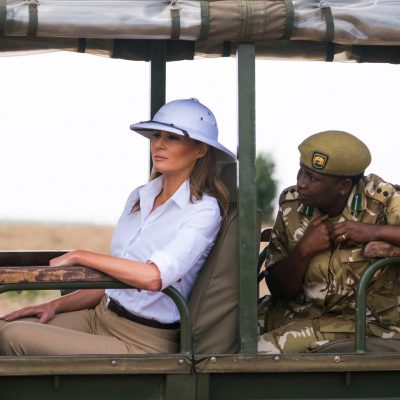 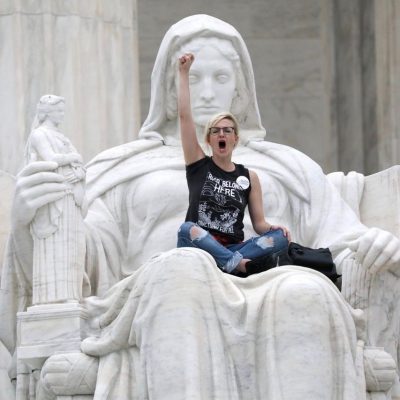 Next post
Trump Regarding Kavanaugh Protestors: Don't Give Power To Left-Wing Mob [VIDEO]

by Deanna Fisher in politics 23 Comments

It was a political circus like none we have ever seen, but Brett Kavanaugh has been confirmed as the next associate justice of the Supreme Court today.

The vote was 50-48, as Senator Lisa Murkowski of Alaska switched her “no” vote to a “present” vote in deference to Senator Steve Daines of Montana, whose daughter’s wedding was today. Even a Senate vote would not keep a dad from walking his daughter down the aisle, so instead of extending the voting window, Murkowski voted “present” to essentially cancel out her vote.

The protestors gave it their all, but the screaming in the Senate gallery just means you get escorted right back out.

It was only a delay of the inevitable.

PENCE: "On this vote, the ayes are 50; the nays are 48. The nomination of Brett M. Kavanaugh of Maryland to be an associate justice of the Supreme Court of the United States is confirmed." pic.twitter.com/azRbcmeiRo

And it was over. President Trump immediately tweeted out his congratulations to the newest Justice.

I applaud and congratulate the U.S. Senate for confirming our GREAT NOMINEE, Judge Brett Kavanaugh, to the United States Supreme Court. Later today, I will sign his Commission of Appointment, and he will be officially sworn in. Very exciting!

Senator Lindsey Graham did a little gloating. (Can we keep this new and improved version of Graham uploaded from now on?)

But the end of everything is at hand, if you believe the left. The New York Times published an editorial bemoaning that the Supreme Court’s image has “suffered a blow” because now it will lean conservative:

Once Judge Kavanaugh is sworn in, the Supreme Court will be more conservative than at any other time in modern history. By some measures, “we might be heading into the most conservative era since at least 1937,” said Lee Epstein, a law professor and political scientist at Washington University in St. Louis.

The new majority is sure to move the law to the right on countless deeply contested issues, including abortion, affirmative action, voting and gun rights. And the victory will very likely be a lasting one. Judge Kavanaugh, now 53, could serve for decades, and the other conservative justices are young by Supreme Court standards. The court’s senior liberals are not. Justice Ruth Bader Ginsburg is 85, and Justice Stephen G. Breyer is 80.

There will be no swing justice in the mold of Anthony M. Kennedy, Sandra Day O’Connor or Lewis F. Powell Jr., who forged alliances with both liberals and conservatives. Instead, the court will consist of two distinct blocs — five conservatives and four liberals. The court, in other words, will perfectly reflect the deep polarization of the American public and political system.

The fight to put Judge Kavanaugh on the court only widened that division. The confirmation process was a bare-knuckle brawl, and the nomination was muscled through by sheer force of political will. All of this inflicted collateral damage on the court, leaving it injured and diminished.

Since we were all supposed to be dead by Net Neutrality or tax cuts by now, I think we can take our chances with a originalist-leaning court.

This is a bittersweet victory, but it is a victory nonetheless. It’s unified the right in a way that no one could have predicted. It’s brought about the rage of the left on one Michael Avenatti. But it’s also solidified the divisions between right and left. So while we can thank God that the circus nightmare spectacle has ended – because Ford’s legal team has announced they will not be pursuing her claims further – those with long memories are going to carry grudges.