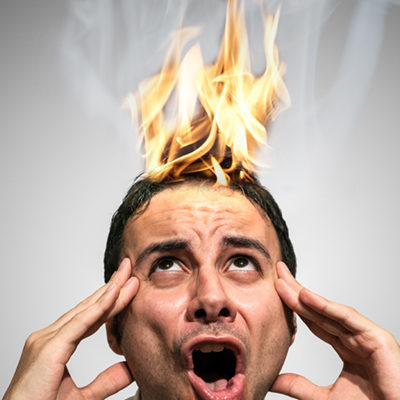 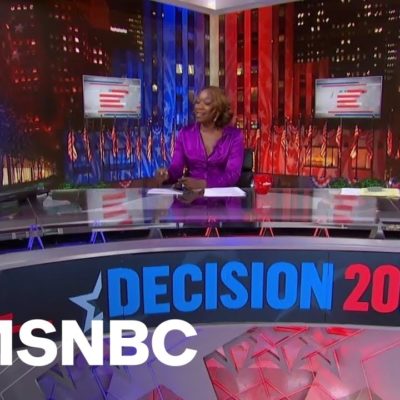 Next post
Democrats Determined to Go Big AND Go Home 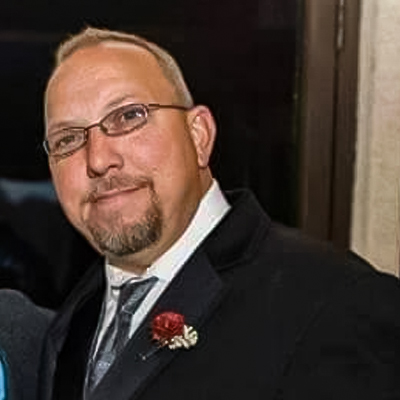 So who had this on their election Bingo board? A New Jersey truck driver took on the most powerful man in the NJ state senate — an incumbent Democrat — and won. What’s more, he spent only $153 of his $10K war chest, which included $66.64 spent at a Dunkin’ Donuts. Seriously, you cannot make this stuff up!

Edward Durr, the truck driver, beat Democrat Steve Sweeney, who not only held his seat for seven terms, but was also the State Senate President. Talk about your David vs. Goliath matchup.

Below is Durr’s campaign video, which he told Fox News channel that the nephew of a friend filmed. It’s so down-to-earth blue collar: the modest house standing on what appears to be a street on the outskirts of town. The truck and the KIA SUV. And finally, Durr getting on his Harley and driving off.

And as for those unbelievably low expenditures — Robby Starbuck posted receipts on his Twitter page. 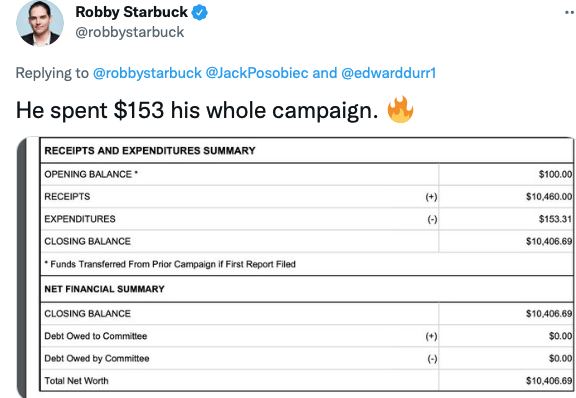 Naturally Durr had a website, which you can see here. The website is bare-bones, with some grammatical and punctuation errors. There are no professional photos, either, and the Gadsden flag snake which tops the Issues page has its head cut off.

On his About page, Durr describes himself as “a father of three and grandfather to four. I was born and raised in New Jersey.” He added that he believes in God, is hard-working, and very loyal. He’s also been a truck driver for 25 years, and is proudly blue collar.

So why did Edward Durr run for state senate? He told the Washington Examiner that his opponent, Steve Sweeney, did nothing to alleviate the pain as Gov. Phil Murphy “sat on his throne” and locked down New Jersey during the pandemic. Plus, Murphy also said that “he wants to make New Jersey the California of the East Coast,” and Durr felt he had to save his beloved state from that fate. Fixing New Jersey, Durr said, would be like “restoring a rusted, broken down 1964 Mustang that’s sitting on bald tires in his front yard.”

Moreover, Durr felt inspired by his late father — a Kennedy Democrat turned Reagan Republican — who died two weeks before the election. He believes his father is in heaven, watching him run for office.

“My dad was my biggest supporter. He was somebody I could lean to. He inspired me.”

And what better person to cheer you on than a beloved father, right?

Plus, there was that problem that Durr had in getting a concealed carry permit. Despite having a clean record, he said the local sheriff denied him the permit:

“I’ve never been arrested and I couldn’t get a concealed carry? … That really angered me, so I looked into what can you do to get into politics.”

Never tell a patriotic man that he can’t exercise his constitutional rights.

Talk show host Megyn Kelly was quite pumped about Edward Durr’s potential victory, as she expressed on Sirius XM’s “The Megyn Kelly Show.” Joining her was National Review’s Charles Cooke, who pointed out that it’s not always the money in politics that helps you win. It’s also the issues.

Meanwhile, Durr’s opponent, Senate President Steve Sweeney — whom Slate described as “the most powerful machine politician in New Jersey” — thought the election would be a shoo-in for him. In fact, Sweeney and his longtime friend, George E. Norcross III, had even discussed how Sweeney could run for NJ governor in 2025. And Norcross isn’t just a childhood friend — he’s an insurance executive and a Democrat power broker.

But now a truck driver has defeated the King of the New Jersey senate, who was blindsided by his own arrogance.

Yet as of this writing, the election has not been called. Neither candidate has conceded or declared victory. And Sweeney, no doubt completely embarrassed, declared that the senate leadership caucus would be delayed, and “rescheduled once the result of every Senate election is determined.” Sweeney is also blaming progressives for his loss, according to whispers coming out of New Jersey. He just can’t believe he lost to a truck driver. But as Slate wrote:

“In any case, he counted his chickens before they hatched, and Edward Durr drove over them with a semi-truck.”

Ooh, that’s harsh. But delicious. Especially after Durr reported on his Facebook page that on October 16, when he was out campaigning, he learned that Sweeney was in the area. So he decided to confront him. When Durr asked Sweeney to debate him, Sweeney laughed in his face:

“Senate president came out for some photo opps. I guess he did not expect to run into me? I asked him for debate and without missing a beat he laughed and refused.”

So what will Edward Durr do once he gets into office? As he told Rachel Campos-Duffy at Fox News on Wednesday evening:

Durr: I really don’t know. That’s the key factor. I don’t know what I don’t know so I will learn what I need to know pic.twitter.com/xW5grPDWL2

Now that, my friends, is an honest man. I also think he’s the type of person the Founders had in mind when they wrote the Constitution. They envisioned men who would go to Congress or their statehouses to perform their duties on behalf their constituents, and then go home. They would be plain-spoken men who wanted simply to improve their states. Not turn their positions into permanent fixtures of political power to serve themselves and their ambitions, and to line the pockets of their friends.