Previous post
Journalists Who Do China's Bidding are Named 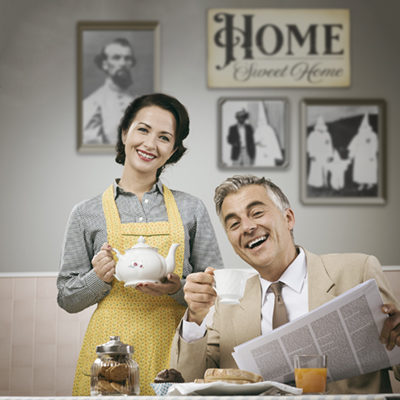 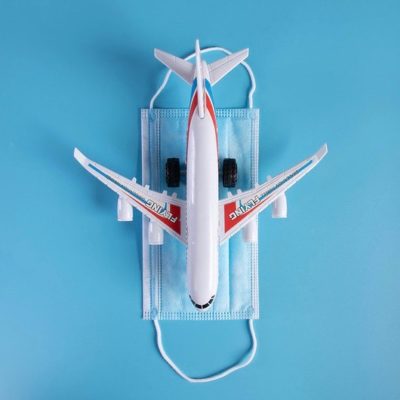 Some of us who boarded an aircraft to travel to another destinatios over the past couple of weeks will soon be blamed for the sudden uptick in COVID-19 cases for sure. Or will we? After all, Savior Joe Biden brought in the vaccines and sped up the program, happy days are here again!

But the virus was “surging” while Trump was still President over the holidays:

The recent uptick in travel is great news for the airlines after a horribly dismal 2020. People, over the past few weeks, were crowding the airports, taking well-deserved and needed vacations with their families, seeing family members and friends they’ve stayed away from for the better part of a year. The security lines were so long last Sunday, we missed our one flight and had to rebook. The lines at SeaTac extended outside the terminal, down the escalator, through baggage claim and outside into the parking garage. I’m not kidding. And no, nobody was standing the recommended 3-6 feet apart in line. A line like that would have extended all the way to Tacoma.

As an airline family, we are happy to see the economic recovery of the travel industry. But, honestly, was there a true reason to tank it in the first place when the great plague of 2020 hit our shores? That’s debatable. Yes, everyone was masked up in the airport terminal. But are we to believe all of these people at the airport were fully vaccinated as of their date of travel? My guess is they weren’t. I wasn’t until this past Thursday when I hit my two-week mark. I was airborne before then, still feeling slightly like crap after shot #2, wondering why I did this to myself. The reason? A dear family member who refused to see me unless I did inflict myself with two jabs of Pfizer’s concoction. Still waiting for my mind-reading superpowers. So far, all I’ve ended up with was a headache reminiscent of the one I had while I actually had COVID and diarrhea (sorry if that’s too much info). Thanks, Dr. Fauci. I made a vow to drink some Patron during our family vacation. After all, I should be bulletproof.

Nonetheless, watching the travelers in the airport was amusing as it ever could be. There were the virtue-signaling masks, then some masks that flat-out said, “this mask is useless”. I especially liked the couple deplaning at our destination who wore double masks AND face shields. Really? Holy $hitballs, stay the hell home!

Airport eatery tables were closed. Nowhere else to sit and eat your sandwich besides at the gate while waiting for your flight so you shove your face while packed in, maybe separated by a seat or two. You maybe wipe your area down out of consideration for the next person (most don’t) and go to wash your hands for the “recommended 20 seconds” in the restroom. The faucet stays on for three seconds. You have to wave your hands in front of the faucet sensor at least four times to get the soap off your hands. Thank goodness for those hand-sanitizing stations! (Snicker.)

Then, there were the announcements in 20 different languages in the airports regarding the wearing of these masks. While we all stood barely arms-length apart waiting to clear security. Cynicism took over me.

I wondered how much shorter that line would have been.

Everyone deserves to get away. Especially after this year. I am not begrudging anybody from getting on a plane and enjoying a much-needed change of scenery. Perhaps most of these people were like me, depressed in Washington and wanting to travel and out of dodge. Can’t say I blame them! Yet, I talked to a woman at the gate who seemed quite impressed with her Doctorate degree and spoke disparagingly on travelers going to Georgia and Florida. How uncouth of them-the redneck, COVID deniers they are! Anywhere but DeSantis Land and Kempville! She supports science!
They should know better! I could tell where this conversation was going so after a few minutes of small talk, I excused myself to used the little girls room.

As we enjoyed a week in what felt like another world, Jay Inslee moved two counties back in our home state of Washington from Phase 3 back to Phase 2.

We toasted FUJI (F-U-Jay-Inslee) a few times throughout the week. But honestly, it was not a laughing matter. Businesses will, once again, have to decrease their capacity. People in the service industry will, once again, in my state, have a hard time making a decent paycheck. Secondary schools will, once again, not be open at all this year for full-time, in-person learning. My son, most likely, will not have his freshman wrestling season. Seniors won’t have their senior year celebrations as they know them once again. It just wasn’t in the cards.

Honestly, this is not a pity party for my child. He has been a rock and so resilient throughout all of this. Although, at times, he seems to be climbing the walls being homebound most of his days, he has excelled at his classes, he has a fair amount of driving under his belt with his learner’s permit, and he has a small network of friends that have survived the years, physical miles and the pandemic. Now if only I can get him to do the dishes without asking.

Some children have not been so lucky. I had a friend say to me the other day that her son has been depressed. He claims to have no friends. The friends he once saw daily are MIA. He has not been attending in-person school even in the hybrid capacity. I have friends who have teenagers who were once go-getters who now, just want to sit at home. They used to turn in their assignments and get straight As. Now they’re behind on their work and in danger of failing their classes. These are the kids who normally were on top of their work who had parents that set them up for success every step of the way. The at-risk kids are still lost in the shuffle.

But hybrid, two-day schedules it is for our secondary students in our deep Democrat states, if we are lucky. There’s this matter of the three-foot/six-foot (depending on the day) rule. And the looming questions of how would they eat lunch if they went to school all day? With their backs facing one another, perhaps? Great for socialization, I might add! And how do all those students pass through the hallways? By following the carefully orchestrated arrows, apparently. Surely, Corona droplets only travel in one direction. It’s maddening. Mapping all of this out has been a logistical nightmare and has taken its toll on school employees, students, parents and even grandparents. But the virus, apparently does not discriminate. It is not political.

The 10 most open states—Wyoming, Arkansas, Florida, South Dakota, Utah, Nebraska, Montana, Texas, North Dakota, and Louisiana, in that order—have wildly disparate COVID mortality, ranging from Utah’s 67 per 100,000 residents to South Dakota’s 221. But what they have in common is politics: All 10 voted in 2020 for Donald Trump, all 10 have Republican-controlled state legislatures, all except Louisiana have a Republican governor, all except Montana have two Republican U.S. senators, and in all 10 a majority of the state’s delegation to the House of Representatives hails from the GOP.

And yet another county in my state may roll back to Phase 2 as I type this. If we could pile the airports and cram onto aircraft to travel to all parts of the country, certainly, a classroom of 30 kids, in masks, sitting as far apart as the classroom space allows, would be acceptable, no? We humans are not meant to be locked up in a house. Our children are also not meant to be locked up in a house. If you are an educator and traveled this past spring break, I implore you to keep this in the back of your mind for fall when the union is trying to dictate whether or not it is “safe” to go back to the classroom. We hope teachers who care about their kids stand up for what is right. We know this year may not happen, but we hope after a summer of more travel, adventure and relaxation, that in the fall, those seats, like the seats on the plane, are filled in the classrooms. They need to be.