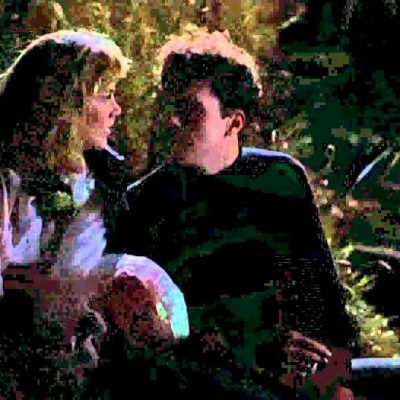 by Catherine Wilkinson in Headlines 20 Comments

I don’t have to bring you up to speed on the nefarious actions of both the government and their media minions over the last few weeks (and years).  Every political action or vote (from BOTH parties) or MSM story written, especially quite recently, is cumulating and morphing into “The New Reality”.  It didn’t happen overnight, but now just stand back and watch the years of compromising wimpy GOP politics and the progressive Communist culture of stomach-churning liberalism, coalesce into a hideous swamp creature that is swimming out of the murk and up toward the surface of your mortgaged swimming pool to devour you as you float blissfully on your swim tube.

“The New Reality” is hard core. It’s unrelenting governmental control, taxation, and meddling in every aspect of your life… your healthcare, your children, your money, your religion, your business, your sex, your emails and phone calls.  And of course, none of the governmental power brokers want any part of this iron-fisted control to apply to THEIR lives, because they’re exempt.  Don’t question them, peons.  You are here to FUND their objectives.   Besides, you’re a racist if you object.  I must be the biggest racist of all time.

“The New Reality” is total and utter disrespect for our veterans and military.  Actually it extends to anything traditional, uniquely “American” or patriotic.  Being “exceptional” is NOT part of the agenda of The New Reality.  Try reciting the Pledge of Allegiance anywhere The New Reality is watching and monitoring.   The disdain from “The New Reality” for the military and American patriotism has never been a secret, so don’t act surprised that it is  intent turning American into a second or third world unexceptional country.

“The New Reality” in America has no borders or is their “illegal” status for the masses that invade our country and take the bounty and earned benefits from legal citizens.  Remember, even if they’re cheating the “welfare” system – breaking into your home, stealing your stuff or killing your children – you absolutely MUST be a racist if you speak up for border control and stricter laws.  Again, I’m a huge racist.

“The New Reality” preaches tolerance – meaning NO tolerance for you.  Being a white law-abiding conservative person with a job, ethics, and no propensity to riot in a Wal-Mart and steal shit means you are a racist, and you do not get ANY tolerance.  In fact, “The New Reality” will tax you higher and penalize you as they reward the free-loading animals that murder, rape, steal, and procreate without responsibility.  “Tolerance” is another word for “free-for-all” and there’s nothing more necessary for “The New Reality” to develop fully than chaos.  And chaos IS coming.  Refer to the paragraph above about the Second Amendment.

“The New Reality” is an intention to break the back of America, so a very select pseudo-idealistic yet very morally corrupt group of political power brokers can bring great wealth to themselves and their friends under the veil of “Utopia”.  Utopia is quite appealing to a variety of people, from the lazy thugs who would rather murder and steal to the vapid Hollywood liberal who has no idea of any kind of reality, old or new.  Both groups imagine government can deliver a “Utopia” where everyone is “equal”, you only have to work if you “feel” like it, and they’ll be taken care of forever and ever by the government.  That’s as far as they got with that thought – they haven’t considered where all this free wonderfulness is coming from and if it did occur to them, their assumption is that the white middle class SHOULD pay for it all.  “Utopia” is another word for the failed Communist, Socialist, and Totalitarian ideological policies that have never ONCE brought any measure of prosperity and happiness to the citizenry of any country in the history of mankind. But they have brought plenty to the small cadre of leaders of several.

Welcome to “ Our New Reality”.