Next post
Roundup Time: FBI is A-hole & Other Lefty Predations 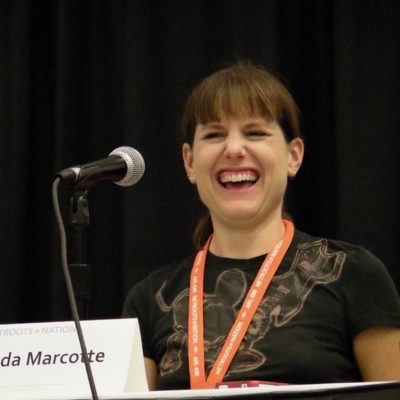 Amanda Marcotte of Salon is throwing shade at her Republican family members she refuses to visit but insists upon trolling on Facebook once again.

According to Marcotte, who lives in the land of truth, Republican “whataboutism” is on the rise.

What is “whataboutism”, you ask?

It’s this tendency to compare two unequal things that provided Trump and his supporters a blank check to have no standards at all, because, after all, the other side was hardly perfect. It’s Whataboutism, the common term for a version of the tu quoque fallacy. RationalWiki explains that whataboutism is “a diversionary tactic to shift the focus off of an issue and avoid having to directly address it” by “twisting criticism back onto the critic and in doing so revealing the original critic’s hypocrisy.”-Amanda Marcotte, Salon

Tu quoque? Seems to me that Amanda Marcotte may not have any mirrors in her house. She goes on discuss how she provided proof of Trump’s lies (the running tally, actually), from The Washington Post to this family member to which the family member commented, “Oh, like Elizabeth Warren has never told a lie!”

Marcotte said she went on the defend Warren (of course) with “Sen. Elizabeth Warren, D-Mass., is an honest politician and well-rated by PolitiFact”. Are you laughing yet? I about spit out my second cup of caffeinated death at that one. Marcotte goes on to justify Warren as an “honest politician” by saying “all politicians have succumbed to the urge to massage the truth a time or two”.

Sure, Liz just “massaged” the truth a bit when she claimed to be Native American, right? 1/1024ths of what she said was, uh, true. Or what about the time she “massaged” a little bit about her children going entirely to public schools? Let’s not forget her “Pow Wow Chow” cookbook with recipes she snagged directly from others. Just massaging for a time or two.

As my interchange with my relative shows, in conservative hands, whataboutism often results in a comparison of egregious sins of the right to slight or even imaginary ones on the left. The purpose isn’t even really to establish hypocrisy, since it’s usually comparing apples to oranges. The purpose is pure deflection. It doesn’t even have to make sense.”-Amanda Marcotte, Salon

So, it is okay to call someone who doesn’t want to wear a mask and supports free thought and enterprise a facist, but calling someone who berates someone else for not wearing a mask and harassing them is not fascist? Calling someone who says “all lives matter” (including the unborn) a fascist is okay but chanting “Black Lives Matter” while “atoning” that one is superior because of the color of one’s skin isn’t fascist? But wait, there’s more to the Marcotte Diaries:

Nope. AOC just stops business for no good reason. She tops economic movement. She cheered with glee whilst drinking her wine and munching off her charcuterie board about running jobs out of her city. Immoral, much? Yet, Marcotte calls the support of Marjorie Taylor-Green “immoral”. Meanwhile, Conservatives like you and me, I am sure, can think of a slew of things liberal Democrats support that are immoral. But evil Republicans are only deflecting, you see. Comparing our immoralities with theirs is like “comparing apples and oranges”. More examples:

Rep. Maxine Waters, D-Calif., told Minnesota protesters to get “confrontational,” but in a context that clearly indicated a desire for said confrontation to stay peaceful.”-Amanda Marcotte, Salon

Umm, peaceful? I have never heard of peaceful harassment before, Ms. Marcotte. Confrontation is usually not peaceful, Mandy. Getting out of one’s car to “harass” someone is not peaceful. Getting in one’s face to yell insults at them is not peaceful. Burning down cities is not peaceful. Hurling insults at someone who does not possess the same views or ideology as you is not peaceful. “Auntie Maxine” is not a peaceful, rational or logical human being. Ergo, a terrible illustration of this whataboutism psychobabble that you speak of.

The reason that whataboutism is increasingly popular on the right is obvious: They know they can’t defend either their behavior or their ideas, so they are laser-focused on deflection.

Whataboutism is crude and relies on false equivalences or outright lies. Still, it often works, either by tricking liberals into changing the subject or by giving conservatives a thing they can say, no matter how nonsensical, that staves off the demons of self-interrogation. As with other shady rhetoric the right is using to avoid talking about real issues, we can expect to see more of this, as they get more desperate in the face of their own failures.”-Amanda Marcotte

Thank you, Amanda Marcotte, for telling the Conservative trolls that we are all about this novel concept of whataboutism! If your eyes are meeting your brain right now, I get it. Here go the morally superior, intellectuals trying to justify their crude behavior by once again, projecting and turning it on their opponents and then blaming their opponents for doing the exact same thing. Their virtue-signaling. Their outright lies. Their immorality. Their nonsense. Their shady rhetoric. Their fuzzy logic. And, most importantly, their unwillingness and ability to discuss issues when called out on the carpet for their hypocrisy.