Previous post
Just How Dead Is Al Qaeda These Days?

Next post
The Marcotte Diaries: Whataboutism On The Rise 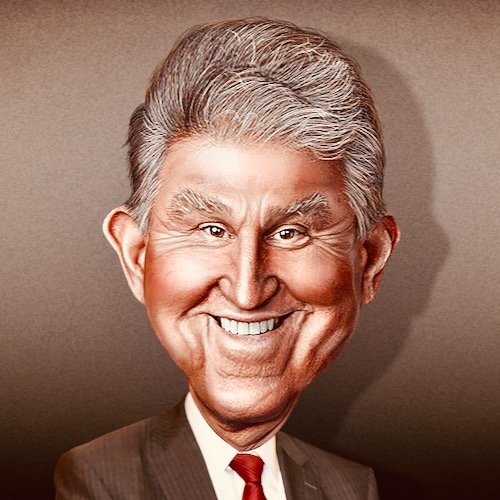 Joe Manchin does not support D.C. statehood. He’s absolutely correct on this. Whether the media and left like it or not.

“Manchin, a key swing vote in the closely divided Senate, said he believes a constitutional amendment, rather than legislation, would be required to admit D.C. as a state. His stance deals a major blow to statehood advocates who were hoping for his support after the bill passed the House last week.

Manchin cited findings from the Justice Department under Presidents Ronald Reagan and Jimmy Carter and comments from then-Attorney General Robert F. Kennedy in reaching his decision.

“They all came to the same conclusion: If Congress wants to make D.C. a state, it should propose a constitutional amendment. It should propose a constitutional amendment and let the people of America vote,” Manchin said in a radio interview with Hoppy Kercheval of West Virginia’s MetroNews, the full audio of which was provided to The Washington Post by Manchin’s staff.”

Yes, D.C. is a cesspit of politicians, lobbyists, and crime of all kinds. It’s also a thriving, pre-Covid Wuhan lung rot times, area of arts, restaurants, and more.

But it should not be a state. Oh? Having D.C. become its own state will magically fix all the crime? Elect a Republican mayor for the next three decades and MAYBE your dreams will come true.

Here’s the problem with this big idea. Everyone touting it ignores the Constitutional aspects of it. Then again, we have a lot of folks in Congress who are the epitome of ignorance when it comes to our Constitution.

It is worth noting what Darleen wrote about the D.C. statehood push.

“Congress shall have power *** To exercise exclusive Legislation in all Cases whatsoever, over such District (not exceeding ten Miles square) as may, by Cession of particular States, and the Acceptance of Congress, become the Seat of Government of the United States, and to exercise like Authority over all Places purchased by the Consent of the Legislature of the State in which the same shall be, for the Erection of Forts, Magazines, Arsenals, dock-Yards, and other needful Buildings.

There’s a REASON, as Darleen aptly pointed out, as to WHY D.C. is NOT A STATE.

It’s likely for those reasons and many others, that Joe Manchin is opposed. However, according to political wag, Ezra Levin, some of Manchin’s arguments are predicated upon reasoning from those EEEVILLLL Koch Brothers!!

In 1993, Dems had a trifecta and Bill Clinton supported D.C. statehood. The Koch-funded Heritage Foundation went to work. They released a report by R. Hewitt Pate which you can still read. Pate isn't a household name, but I'll come back to him. https://t.co/DT8I473YsE pic.twitter.com/x18XizyWB2

Oh, isn’t that special? Now why would Ezra feel that way? Oh, I dunno…

And so of course Heritage didn't want a majority-Black D.C. state in 1993. And of course they don't want one now – they're still banging the same drum with bogus arguments about a constitutional amendment. https://t.co/pbp7qpTzDk

AH HA!! So, Joe Manchin is a big problem. Why? Because he is going against the grain. According to good ole Ezra, Joe’s reluctance to advocate for D.C. statehood is both a racism and voter suppression problem.

Joe Manchin now says DC can't get statehood basically because he doesn't feel like it. One day we're going to find out if @JoeBiden is President or if it's Manchin. I really don't know who it'll be because Biden would have to fight him to win & I don't know that he has it in him.

Cenk, I don’t even remotely understand what the hell you are talking about. Never mind the fact that.. IF YOU CAN USE AN ID to buy booze, or provide ID to buy a car or home, then you can certainly show your ID as needed to verify your vote.

Furthermore, if you can get your ass out of your house to go buy groceries, get your kids to school, get yourself to work, go lunch with your pals, etc… then you can certainly make the time to vote. IF YOU CHOOSE to do so.

You see, that’s the problem with Democrats. The vast majority of them ASSUME that we are all too stupid to be alive. We need our hands held by our government betters. We need our government to tell us to mask and stay away from loved ones. We need those masks even if everyone has been vaccinated!

But VOTES and FAIRNESS!

Yeah, I know. That was sad, cringeworthy and infuriating. Here’s the reality folks. No matter what Jen said in the above video, NO ONE in D.C. has lost their voting rights. Every person in DC of eligible age can vote, and there nothing in place to STOP them from voting….except themselves.

Joe Manchin is reading the tea leaves, as he did with the Tanden nomination. D.C. statehood is not and never will be the big GET the Democrats desperately want it to be.