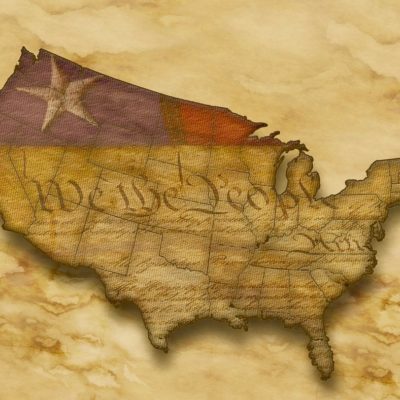 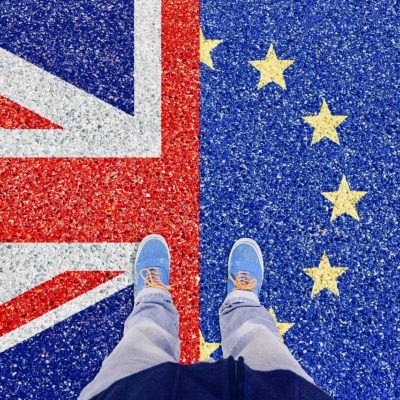 Against all odds, Robert Francis “Beto” O’Rourke is an actual factor in the 2020 Democrat primaries.

After announcing the biggest opening day cash haul of all the current candidates, Beto is currently running in the top tier of candidates in the polls, behind Biden (who has still not formally announced), Sanders (who Beto beat in fundraising), and is pretty much in a statistical tie with Kamala Harris.

The question is: how? This was supposedly the year of the “intersectional candidate” (and even Team Biden is dropping heavy hints that he plans on getting ahead of the game by name-dropping Stacy Abrams as a potential vice-presidential running mate), so how is current non-office-holding Beto O’Rourke actually running near the top of the pack?

1) Beto may be an empty suit, but he’s a progressive empty suit in the Obama model.
The vagueness of Beto O’Rourke’s policy positions has allowed him to be whatever the Democrat faithful want him to be. This sounds an awful lot like what Barack Obama was like in 2008. He gave all the standard (at the time) Democratic lines, and he edged out Hillary Clinton on charm and likeability and intersectionality.

While the lack of substance is making socialists (who want Bernie) mad and confusing more liberal media (who want their juicy meaty soundbites), Beto’s aura of “I’m just a simple man trying to make my way in the universe” is drawing an outsized amount of money and attention.

This should concern the Democrat upper management at the DNC. They have shoved intersectionality and tribalism so far down the throat of their base that it might just be the bland, good-looking white skater dude who ends up outraising them all and ending up as the nominee, because everyone else is making a demand of some kind. Beto makes no demands, because Beto will be whatever makes YOU, the voter, happy. Dude.

Yes, he might have a shady past, an alleged history of digusting pranks, weird affectations, the inability to stay off furniture, and unanswered questions about dressing up in furry costumes, but he’s making Democrat voters feel validated while the other candidates are busy yelling at voters for the sins of their fathers or for their lack of caring (see: climate change and socialist money grabs). And right now (until Biden jumps in), he’s the only candidate actively trying to make voters feel good about themselves. Note to Democrats: THAT’S A WINNING STRATEGY.

2) We have seen this story before, on the Republican side.
Jim Geraghty of National Review sounded this warning today. Republicans, pay attention.

He’s a Texan, the son of a man prominent in state politics and an all-around success in life. The Texan grew up with alternating affection for and intermittent tension with his well-known, accomplished father, with the heavy question of how he would ever emerge from his father’s shadow. He went off to boarding and prep school on the East Coast, then on to the Ivy Leagues. Young adulthood was a surprisingly difficult time for a young man who grew up with so many advantages: too much partying, a sense of prolonged adolescence, hitting rock bottom with run-ins with the law after drinking too much and getting behind the wheel. Years later, people would ask if the family connections spared him the worst possible legal consequences of his reckless behavior in his younger years. But he met a woman from a good family, who works in education, and marriage and parenthood brought maturity and stability to his life — the bottle stopped becoming such an issue in his life.”

He eventually tried his hand at entrepreneurship, swearing he never wanted to be a politician like his father. But when an opportunity in Texas politics appeared, he took it, out-hustling a Democratic incumbent who had been far too confident about the voters’ mood on Election Day. Rivals and critics in both parties saw him as a servant of his donors, mixing business and government, capable of making a backroom real-estate deal sound like a public service aimed to help everyone. He talked a good game about controlling spending and reducing the size of government, but his instinct that government had a duty to help people usually won out in budget fights.”

He believed immigration brought great benefits to America, and that illegal immigrants should be treated with dignity and respect — and an opportunity to become a citizen if they had avoided serious legal trouble. His rivals saw a lightweight, coasting on charm and charisma and good humor, with limited serious thought about difficult issues. His wife was a great asset, although she had never been a huge fan of his political ambitions. She worried about how her husband’s political life would affect their children. The Texan was elected in a good year for his party and managed to get reelected in a year when the national winds were against his party. The national media descended upon Texas, writing about him and asking whether he was the future of the party.”

Then, surprisingly early in his political career, he chose to run for president. Despite having only been in a major office for six years, the Texan’s party saw great potential in him, and responded with a wave of donations. They were hungry for a winner. His party had experienced a shocking defeat to a president they deemed a national embarrassment and even illegitimate — a shameless, scandal-ridden womanizer up to his neck in crooked land deals and who lied as easily as he breathed. His boring vice president was regularly trotted out to tout the president’s virtues, and most members of the president’s party echoed his claims that the work of the special counsel was a partisan witch hunt.”

The Texan pledged he could restore America’s sense of pride. On the stump, he rarely went deep into policy specifics. He preferred to emphasize that America was better than the flaws of its current president, and that honor and dignity could return to the Oval Office. He wasn’t always the most eloquent, and sometimes he mangled his message. But a lot of the people who came to hear him speak came away convinced his heart was in the right place and he could restore their optimism in America’s future.”

A lot of fans of both men will absolutely hate the comparison. But the parallels are there: successful dads, youthful troubles with alcohol, maturing through marriage and fatherhood, charisma on the stump and critics calling each one an empty suit.https://t.co/DHiaCdiKfQ pic.twitter.com/DjqJv8faXW

And while one can argue that Beto is far, far behind Bush 43 in actual governing experience – both in the private sector (running a major league baseball franchise) and in the public sector (being a state governor) – the similarities involved should jolt the GOP out of their complacency. Treat Beto like a joke, and the last laugh may be on us.

There is danger in letting Beto O’Rourke continue on his merry, ambling way without any real challenge. Yes, he first has to run the Democrat primary gauntlet – and they are going to eat eachother alive. But I wouldn’t be surprised to see Beto surviving to the later rounds of that particular version of The Hunger Games. And the GOP had better take each candidate seriously, no matter how policy-light and empty-headed they may appear. Political experts know that their candidates are only human, but voters see a persona, not a person. And the more appealing the persona, the better the chance of coming out on top of the mountain at the end of the fight.