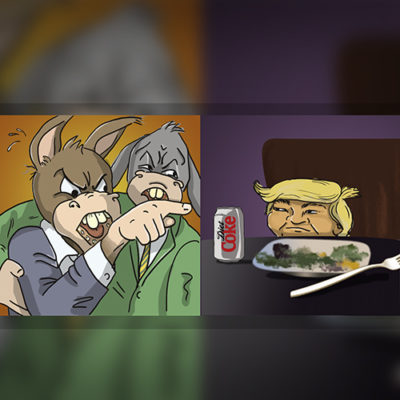 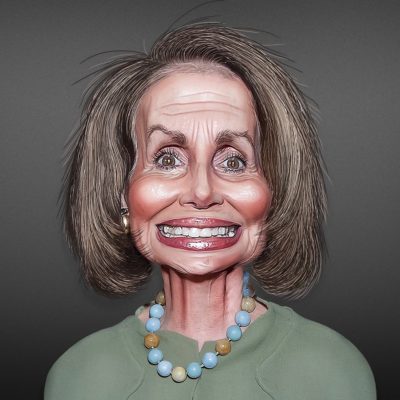 by Lisa Carr in politics 15 Comments

Nancy Pelosi is at it again, chomping her dentures and scolding Americans and President Trump for inciting stay-at-home protests. She says the focus needs to be on testing, tracing, treatment and quarantine.

Pelosi stops Chris Wallace in his tracks to add the following words of wisdom:

I have my opinion on protesting during this time. I understand the premise, I really do and I do not disagree. I want us to get back to normal. Some of these protests, however, are not doing our President and the American people any favors. Especially when we look at how the already biased media portray them. They are not going to portray these protests any other way, sadly.

But man, Nancy certainly loves the word “testing”. The only thing she seems to be testing is the patience of Americans at this point. Pelosi told Chris Wallace on Fox News Sunday that President Trump an “F” on his handling of the Coronavirus response stating he was way late on testing. This is like a student who is flunking all classes in high school blaming the teacher for his or her failing grades.

The truth is a weak person, a poor leader, takes no responsibility. A weak person blames others.”-Nancy Pelosi

This coming from a person who wouldn’t know the truth if it hit her in her Botox filler-injected face.

Wallace pushed Pelosi to explain why she thought it was a good idea to promote visitors coming to San Francisco’s Chinatown amidst the pandemic in late February citing her “everything is fine here, come because precautions have been taken” spiel ahead of the city’s lockdown. Of course, the city was “on top of the situation”. Just like her state and city of San Francisco was on top of homeless drug addicts throwing dirty needles and pooping in the city streets? As always, the answer was to promote good will for Chinese Americans and to rid individuals of racist prejudices the President filled peoples’ heads with. There she was, Brave Nancy Pelosi, sans PPE, telling all Americans to come on out to Chinatown and mingle. Before testing, testing, testing.

So much for testing, testing, testing also being a priority during a three-ring circus of an impeachment trial. While reports were flooding in (and some were getting squashed) that there was a problem brewing in Wuhan, Pelosi and her fellow Democrats (and the news media) were not concerned with this at all. What were they concerned with? Taking down President Trump!

Pelosi shared with Wallace that last Sunday, Easter Sunday, was the first time in her busy, chaotic life to “reflect and be prayerful”. Prayerful Pelosi in the next breath went on to blame Donald Trump again after sharing her reflections. “Leaders take responsibility.” she said. “He places blame on others”.

Pot, meet kettle. Where was her responsibility when she and her House blocked the bipartisan Coronovirus emergency response bill? Oh, right, Speaker Pelosi has the Americans’ true interests at heart. She is the adult in this relationship with the President. She is a prayerful person. In reality, she would probably rip up pages in The Bible. (See Psalm 139: 13-16) She, apparently, was praying for unlimited funding for Planned Parenthood (with no end in sight) and $35 million for The Kennedy Center. Here’s a math problem for Numbskull Nancy:

You have a $2 Trillion-dollar stimulus bill sitting on your desk waiting to sign. How many salaries for medical staff and how many COVID-19 tests would $35 million fund?”

Testing, testing, testing…and Nancy, YOU get an F! Instead of answering the hard questions, instead of prayer and reflection on how she may be part of this problem, Nancy Pelosi wants to continually deflect any blame and show us that she is just like us holding off on doing her job and going to work while she chomps on her Bougie ice cream.

Ice cream and candy. Her face, her voice, her divisive rhetoric and her mere existence tests some of our patience as Americans. I am a prayerful person, too, Nancy. Am I alone in praying one day, magically, her dentures will fall out and stick to that ice cream bar on camera? Yes, I know. Maturity rules. I’m praying’ for ya, Nancy.