Next post
Mayors Live By Their Own Rules, Not Yours 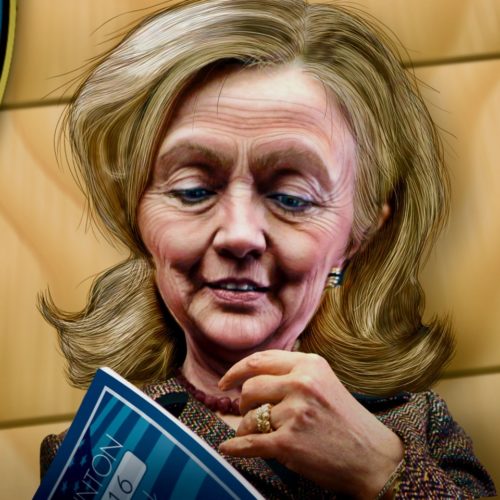 The State Department said NOPE to Hillary Clinton’s request to help her avoid sitting for depositions regarding her bathroom servers and email use.

“In a devastating move, the State Department has joined with Judicial Watch in claiming that former Secretary of State Hillary Clinton cannot dodge a court-ordered deposition in a Freedom of Information Act (FOIA) lawsuit seeking “talking points or updates on the Benghazi attack.” This FOIA request uncovered Clinton’s insecure private home-brew server in 2015.”

As we wrote on March 2nd, Judge Royce Lamberth ordered Hillary Clinton and Cheryl Mills to sit for depositions  in connection to her use of servers and email use while she was Secretary of State. I knew it was just a matter of time before Hillary would try and game her way out of this.

What this is about is that Hillary and Mills filed a writ of mandamus in hopes that they could put the kibosh on Judicial Watch asking about using private servers and unauthorized emails to evade FOIA. What was her reason that the deposition needs to be canceled? Evidently since she was Secretary of State, holding that office should be grounds for dismissal.

The State Department refused to play that game.

“Whether or not the foregoing errors in the district court’s discovery orders are sufficient to meet the mandamus threshold, it is a separate question whether mandamus is “appropriate under the circumstances,” id. at 313—and even more so whether the government will seek that extraordinary remedy to begin with. This is the rare situation in which discovery of a former Cabinet Secretary was not authorized for the impermissible purpose of probing internal government decisionmaking regarding official policy, United States v. Morgan, 313 U.S. 409, 421-22 (1941), but rather to focus on the impact on FOIA compliance of a former official’s unusual decisionto use a private email server to systematically conduct large volumes of official business. The government’s decision not to seek mandamus here—after each of the discovery orders, not only the most recent—reflects the government’s consideration of the totality of the circumstances in this unique case.” [Emphasis added]

“Unusual decision” indeed! It’s obvious to any clear-headed rational thinker that Hillary Clinton purposefully set up those email addresses and servers. Her attempt to claim that she didn’t know about the rules regarding classified information is laughable given the briefings and paperwork she had to sign regarding the same.

She’s trying to avoid a deposition, one she knows won’t end well for her.

Meanwhile she’s spending her time lecturing the Trump Administration about the handling of the Coronavirus response.

Isn’t that cute? Hey! At least Trump isn’t blaming the virus on a Youtube video like Hillary did in regards to the attack in Benghazi. Nor is he whining about “what difference does it make!” and throwing his hands up in exasperation.

Instead she’s lecture tweeting from the woods.

“It took 70 days for Trump to treat the coronavirus not as a distant threat or harmless flu strain well under control, but as a lethal force poised to kill tens of thousands of citizens.”

Replace this man in November. https://t.co/zs1TWhYMqv

Let's be clear. Trump does not have the power to cancel or postpone the November election. https://t.co/OKQyAq5g80

Let’s be clear. Hillary Clinton, who is NOT President, tried once again to game the system, and the State Department refused to play.