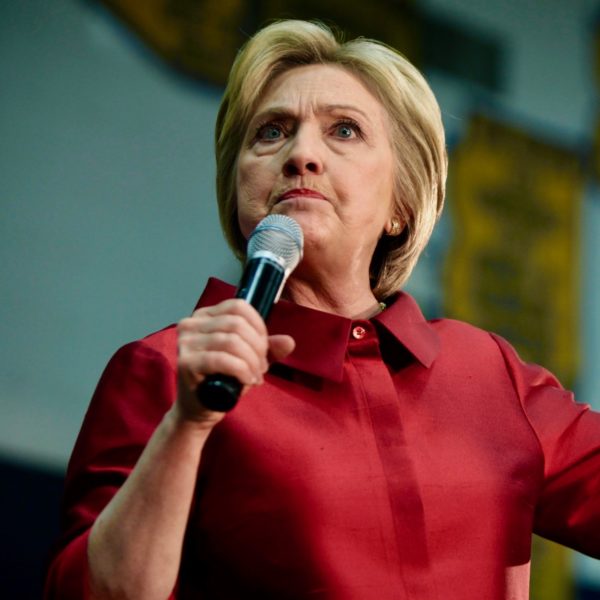 Hillary Clinton now has to sit for an in-person sworn deposition regarding her use of private servers and her email traffic.

“A federal judge has ordered former Secretary of State Hillary Clinton to sit for a sworn deposition for the first time in connection with her use of a private email account during her State Department tenure.

Needless to say, I’m sure that the Queen is not pleased with this ruling. She’s already said multiple times that providing written answers is all that was needed, so move along folks, nothing to see here.

“”As extensive as the existing record is, it does not sufficiently explain Secretary Clinton’s state of mind when she decided it would be an acceptable practice to set up and use a private server to conduct State Department business,” Lamberth said.

The judge went on to recognize that while Clinton responded to written questions in a separate case, “those responses were either incomplete, unhelpful, or cursory at best. Simply put her responses left many more questions than answers.” Lamberth said that using written questions this time “will only muddle any understanding of Secretary Clinton’s state of mind and fail to capture the full picture, this delaying the final disposition of this case even further.”

In other words, her responses were to the tune of “What Difference Does It Make.” Which didn’t impress the judge one iota.

Remember, this is Hillary Clinton. The same woman who used multiple Blackberries, let her cleaning woman into the SCIF, and truly thought she was untouchable. So untouchable that she was shocked that people would have a problem with her smashing devices with hammers and using Bleach Bit to make well over 30,000 emails disappear.

The emails that WERE recovered and reviewed?

Since it was Hillary, we weren’t and aren’t supposed to be concerned that classified information was floating around unsecured. It isn’t a big deal. Right? WRONG. Her flouting the rules that are and were in place to protect our National Security interests put us all at risk.

“The ruling comes after Judicial Watch revealed at a December 2019 status conference that the FBI released “approximately thirty previously undisclosed Clinton emails,” and that the State Department “failed to fully explain” where they came from.”

Judge Lamberth is right. There is much more to the story than Hillary’s curt responses in writing.

Oh to be a fly on the wall during her deposition. I certainly hope that answers such as “what difference does it make?” are unequivocally NOT accepted by the questioners.

I’d want her to answer questions such as:

Hillary Clinton, who said she had her private email for convenience, had 13 mobile devices and 5 iPads, according to FBI.

Being aware of how platforms and products use our data to target us is the first step toward addressing the dark side of technology. "Persuasion Machines," from “The Great Hack” team, brings that awareness home in an amazing VR experience. Don't miss it if you're heading to SXSW. pic.twitter.com/ZlzzdeS0zE

Yeah Hillary, you’d definitely know about the dark side of technology wouldn’t you? Oh, and that tweet didn’t age well. AT. ALL.

Most certainly Hillary will try to appeal or block the ruling, which you can read here. I hope she loses the appeal and has to sit for her sworn deposition. Boy howdy, can you just imagine the iceberg atmosphere that will be in that room?