South Park Trolls The NBA And China Over Censorship

South Park Trolls The NBA And China Over Censorship 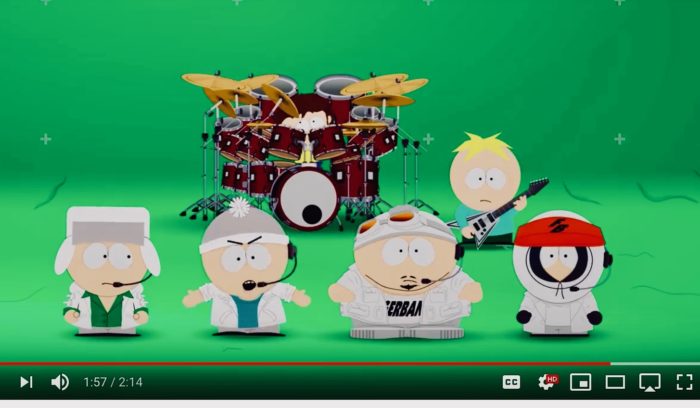 Would you like to know how respond to government censorship? South Park is here to show you the way.

The most recent episode of South Park, “Band in China,” has been generating loads of media attention for its sharp critique of the way Hollywood tends to shape its content to avoid offending Chinese government censors in any way whatsoever.

Now, those very same government censors, in the real world, have lashed back at South Park by deleting virtually every clip, episode and online discussion of the show from Chinese streaming services, social media and even fan pages.”

“South Park’s “Band in China” episode featured a pair of storylines critical of China. One involves Randy getting caught attempting to sell weed in China and getting sent to a work camp similar to those Beijing has been using in Xinjiang Provence to hold as many as a million Chinese Muslims for political indoctrination. (While he’s at the work camp, Randy runs into an imprisoned Winnie the Pooh)”

That last line from the video…”Anybody who would betray their ideals just to make money in China isn’t worth a lick of spit.” Do you hear that NBA? Do you REALLY HEAR THAT?

As Deanna noted this morning, the NBA caved to pressure from China. The NBA and the Houston Rockets chose to kowtow to a foreign government instead of standing up for our country’s ideals of freedom and free speech. The NBA chose money over doing what is right.

Meanwhile, what did China do? As noted above, the Chinese government threw a tantrum. South Park can no longer be found on any social media, tv, or anywhere else for that matter in China. Did China think that South Park creators Matt Stone and Trey Parker would cave? China has obviously NOT been paying attention to the show all these years.

THIS is how you deal with censorship!!

“Like the NBA, we welcome the Chinese censors into our homes and into our hearts,” the statement reads. “We too love money more than freedom and democracy. Xi doesn’t look like Winnie the Pooh at all. Tune into our 300th episode this Wednesday at 10! Long live the great Communist Party of China. May the autumn’s sorghum harvest be bountiful. We good now China?”

China just got royally owned by South Park. So did the nitwit cowards running the NBA.

I love the South Park guys so much. This is how you rep America. https://t.co/ZTa2yyO92A

This statement in gif form… pic.twitter.com/5c277Wh89V

By the way, in case you are wondering how Winnie the Pooh fits in… Evidently many in China believe that Xi resembles Pooh, but the government (Xi included) are not amused. Was that the reason that the movie “Christopher Robin” didn’t make the cut to be shown in China? It’s a mystery all wrapped up in a bear and his honey jar!

It is well known that China’s authoritarian government will censor and ban anything it deems bad for the people. It is ALSO well known that movie studios and a great many politicians here in the U.S. and around the world will ignore or work with China’s censorship folks in order to keep that grubby money flowing their way.

With that “Band in China” episode and the response to China’s censorship from Stone and Parker, the creators of South Park have given the world a lesson in how to deal with censorship.

A foreign government wants to censor you and make you surrender your free speech for what they deem is wrong speak or wrong think? The ONLY response we as Americans should give is … NUTS!