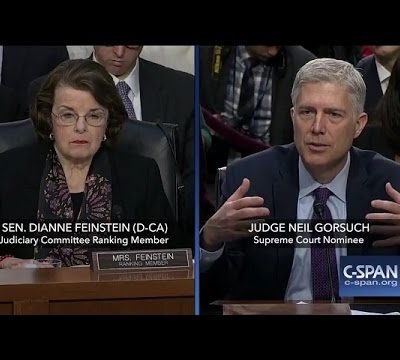 Previous post
Democrats Get Advice On Abortion, But They Won't Listen [VIDEO] 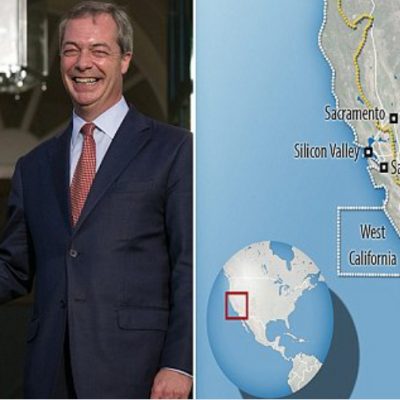 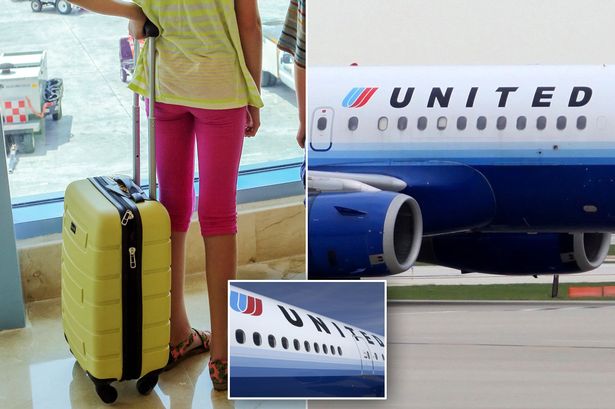 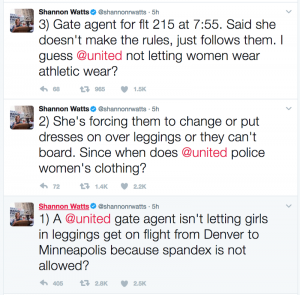 Not only did Twitter go ape, but major media outlets picked up and RAN with the story. Amazingly the reaction has continued today, even though many, including myself, have politely pointed out that what happened isn’t quite the story Shannon wants us to believe. 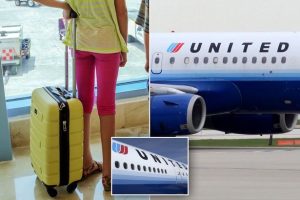 In fact, United has had a long standing dress code policy for family members who travel on courtesy passes.

Patricia, as stated, these were United representatives. We hold our employees to the highest of standards. ^FS

Shannon, likely because far too many people have pointed out that United’s clear cut policy DOESN’T apply to the general public, has decided to go for the whine with this hey! look at me! commentary titled “Leggings or Lives: What Drives the News Cycle?”

United Airlines tweeted back quickly. Instead [of] providing clarity, the tone deaf response from United’s twitter account unleashed the sort of flurry of attention only Twitter can produce: celebrities, reporters, the whole Twitterverse suddenly became enthralled in leggings-gate.

Tone-deaf response?? OH, REALLY? Shannon, m’dear, what you fail to mention and willfully ignore AGAIN in your whine fest is that this policy is only for family members traveling on a courtesy pass, NOT the public! But hey! You aren’t the only one ignoring United’s response!

Hey @united I fly a LOT. About to go on tour all April and changing all my @united flights to other airlines

I have flown united before with literally no pants on. Just a top as a dress. Next time I will wear only jeans and a scarf.

Ok, that’s just gross. And again, the media didn’t help matters by leading with the leggings issue before finally getting to the point that it is NOT a rule for the general public!

In fact, you can read United’s entire response here.

Something else Shannon refuses to consider. One, we actually don’t know if that was the Dad who got on the flight leaving the girls stranded. I’m a parent and there is no way in hell I’d get on a plane and leave my 10-year-old child behind! So are you absolutely positively SURE that the dude wearing cargo shorts was the Dad? No dearie, you are not. Two, the girls did end up on another FREE flight an hour or so later. All they had to do is dress according to the rules. Which their parents should’ve known about and enforced. 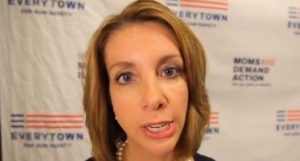 Meanwhile, back to Shannon’s whine fest.

As a woman and a mother, I was uncomfortable and angered by what unfolded at the Denver airport. I saw young girls confronted head-on with the disturbing reality that everyone — even an airline gate agent — is scrutinizing your body at all times. That what you were wearing for your vacation travel sent a message to someone that you were not appropriate, and that in order to participate in society, you are literally going to have to change. Even if you’re only 10-years-old.

But more than anything, even more outrageous than leggings discrimination and lousy corporate policy, is the fact that there was a shooting in Cincinnati and a shooting in Las Vegas this weekend and so many more shootings this week and weekend in which people were killed and injured. Not to mention, a serious issue with missing black women and girls in our nation’s capitol. But here we are talking about leggings. [Emphasis Added]

Bless your dear, sweet, misguided, activist little heart, Shannon, YOU created this leggings controversy, and now that it’s not going your way, you want to whine about it because no one is talking about your pet issue of gun violence! 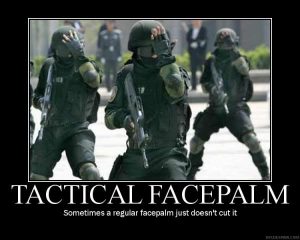 Hey Shannon, if you want to know who the tone deaf person really is in this controversy, I’d suggest you look in a mirror.