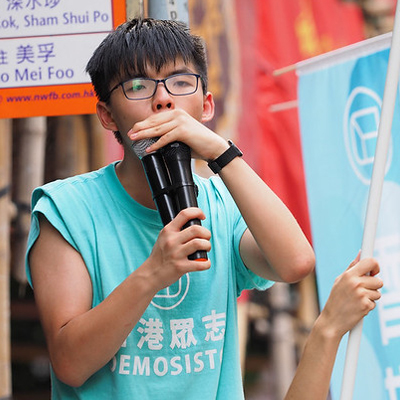 Hong Kong dissidents Joshua Wong, Agnes Chow, and Ivan Lam all received sentences for their roles in a 2019 protest. Wong received the longest sentence, at 13 and a half months in prison. Agnes Chow received ten months, and Lam pulled the shortest sentence at seven months. All three could’ve received up to three years.

While the two young men have previously been in prison for pro-democracy activities, Agnes Chow has not. According to friends who visited her, she has been unable to sleep and didn’t adjust well in detention:

“I understand that I will probably be sentenced to prison on Wednesday, so my morale has been low, and I’ve been very worried.”

From admin: Happy 24th birthday to @chowtingagnes. Keep her in your thoughts. pic.twitter.com/8IXjSjdXP2

But while the Hongkongers’ sentences appeared to be light, supporters are worried that they might receive additional charges, resulting in increased prison time. Nathan Law, a Hong Kong dissident who fled to London, wrote:

“Besides, under the National Security Law, Beijing can also prosecute them for their speeches, turning thoughts into crimes.”

“Sentences could pile up. To be honest, I have no idea when the trio could step out of the prison if Beijing pledges to impose the hardest charges on them arbitrarily.”

These are indeed gloomy days for the pro-democracy movement in Hong Kong.

But others across the globe have voiced their support for the young dissidents.

Chris Patten, the final British governor of Hong Kong before the handover, said:

“The imprisonment today of Joshua Wong, Ivan Lam and Agnes Chow – all of them campaigners for the rule of law and democracy in Hong Kong – is another grim example of China’s determination to put Hong Kong in handcuffs.”

“Joshua Wong, Agnes Chow and Ivan Lam now join the many others who have been sentenced to jail in connection with the 2019 Hong Kong protests – the vast majority of whom have been prosecuted despite their activities being entirely peaceful.”

China’s brutal sentencing of three pro-democracy leaders in Hong Kong is appalling.
We call on all freedom-loving people around the world to join us in denouncing this unjust sentencing & China’s widespread assault on Hong Kongers' autonomy & freedom. https://t.co/9DhRT1MWx1

Which leads me to wonder: what will Joe Biden do about China?

On the very day that the Hong Kong three received their sentences, the New York Times published an op-ed by Nathan Law and fellow activist Alex Chow. They pleaded in the title:

In the op-ed, Law and Chow implored Biden to “prioritize human rights over other interests.” After all, they noted that the Trump administration took action to condemn China for violations of human rights. In addition to tariffs, the administration ended Hong Kong’s special trade status, thus putting the squeeze on China. It also imposed sanctions on the CCP for its crackdown on Hong Kong and investigated CCP influence in American universities. Most recently the administration banned US companies from investing in companies linked to the Chinese military.

All fine and good, said Law and Chow. They applauded Trump for those actions. However, China has not budged towards any sort of reform.

“Why can’t we recognize the monstrosity inherent in #China’s regime?”

So if Joe Biden takes the presidency, will he recognize that monstrosity?

James Palmer, deputy editor at Foreign Policy, fears that while a Biden administration might recognize that China is a bad player, they may not prioritize the oppressive nation. That would be a “dangerous mistake,” wrote Palmer.

Biden and Co. also have limited experience with China, which makes things worse:

“The group has considerable Washington knowhow and a lot of Middle Eastern expertise, but it has limited experience with China. That presents a problem at a time when China is the biggest and trickiest challenge the United States has faced since the Soviet Union.”

There’s also the issue of Ron Klain, whom Biden tapped to be Chief of Staff. Klain, you see, downplayed the coronavirus pandemic during the early days. Instead, he praised China for being “transparent” and “candid.” 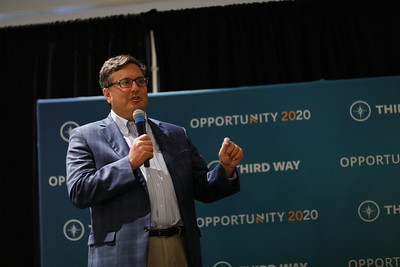 Finally, there’s the problem of Hunter Biden’s dealings with China. In 2017, the younger Biden allegedly received a $10 million dollar annual fee from a Chinese billionaire for “introductions.” As usual with the Bidens, follow the money.

Meanwhile, Joshua Wong, Agnes Chow, and Ivan Lam sit in their prison cells, serving sentences for protesting the world’s most brazen offender of human rights. Nancy Pelosi spoke out against their imprisonment. Donald Trump tried to tamp down on China for violating human rights. What would a Biden administration do? The signs are not encouraging.