Next post
Raphael Doesn't Just Flirt With Marxism, He Embraces It 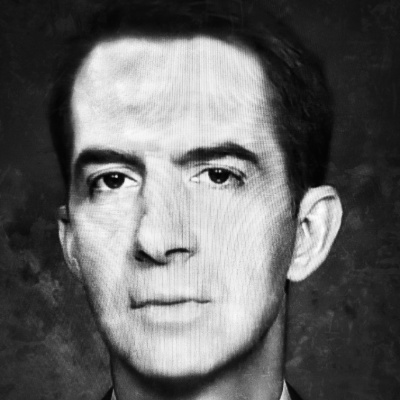 On January 6, 2021, Vice President Mike Pence will preside over the counting of the Electoral College votes in the 2020 Presidential Election. A good dozen Senators, including Ted Cruz, will object to the certification of the Presidential Election. Senator Tom Cotton has gone full RINO (Republican In Name Only) in his decision to not join his brave colleagues. Tom Cotton has a head full of cotton and a spine made of jelly.

On paper, Senator Tom Cotton looks like the real deal. Although he graduated Harvard and Harvard Law, Cotton became an Army officer, has his Ranger Tab, did tours in Afghanistan and Iraq, and served with the Old Guard at Arlington. Cotton’s military service is more Tulsi Gabbard than Pete Buttigieg.

Watching Cotton on television, he is no Donald Trump or Ted Cruz. He has never come off as Presidential timber, but he never seemed cotton-headed. During the attempted coup/impeachment of President Trump, Senator Cotton was a staunch supporter of the President, certainly not a fair weather friend. This interview with Sandra Smith of Fox News Channel is a great example of his calm and reasoned approach:

He is no Mitt Romney or Ben Sasse, that’s for sure.

What to make then of his statement as reported by Breitbart that he will not join Senator Ted Cruz in at least making a theatrical show of trying to ensure a fair election? From the article:

It is worth noting that Cotton, in his statement, said he agrees that there are concerns about the election irregularities and that he backs a commission to study this and propose reforms.

“I share the concerns of many Arkansans about irregularities in the presidential election, especially in states that rushed through election-law changes to relax standards for voting-by-mail,” Cotton said. “I also share their disappointment with the election results. I, therefore, support a commission to study the last election and propose reforms to protect the integrity of our elections. And after Republicans win in Georgia, the Senate should also hold more hearings on these matters. All Americans deserve to have confidence in the elections that undergird our free government.”

Excuse me, but that statement is not worth a spit. And, listen up, I am cranky. I fell on the ice December 26 and fractured my pelvis. I was going to the January 6, 2021 “Stop the Steal Rally” for the President in D.C.. Now, my vote has been cancelled, I am using a walker to move from the sofa to the bed, and I cannot go support my President. Trump was robbed and I am using a bloody, freaking walker like a 95 year old.

Listen up, Tom Cotton, we are not asking you to risk your life, you Sarcoptic Mange Mite. This, in the end, is not about President Donald Trump.

Those who can, do. Those who can’t, take a meeting. Those with the cajones of a nematode, form a commission. What in the name of the Flying Spaghetti Monster good is a commission going to do? You want to protect the integrity of the election? What election would that be Cotton head?

This challenge is not without precedent. In 1876, there was another situation, which is why you have never heard of President Tilden, but you know President Rutherford B. Hayes.

We know again which states had the most egregious irregularities. We know which states did not have secure facilities and proper chain of custody. Man up, Tom Cotton. Your country needs you. Don’t let us down or we will make sure your backside gets primaried. As President Trump tweeted, we don’t forget.

How can you certify an election when the numbers being certified are verifiably WRONG. You will see the real numbers tonight during my speech, but especially on JANUARY 6th. @SenTomCotton Republicans have pluses & minuses, but one thing is sure, THEY NEVER FORGET!