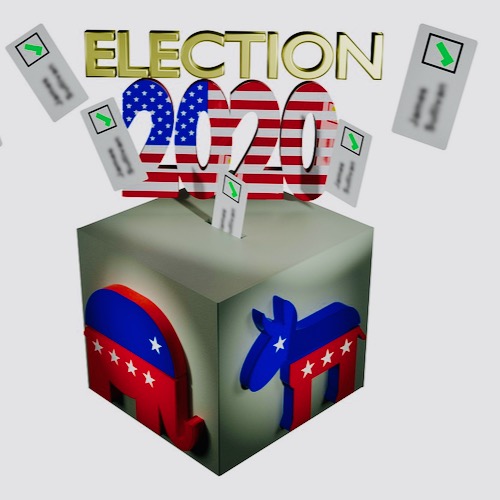 SCOTUS punted the Pennsylvania election case today. They effectively kicked the election can down the road by determining the case was MOOT.

“The Supreme Court on Monday turned away Republican challenges to the presidential elections results in Pennsylvania, refusing to take up a months-long dispute over extending the deadline in that state for receiving mail-in ballots.

It was part of a purge of sorts. The high court formally dismissed a range of suits filed by Donald Trump and his allies in Pennsylvania, Wisconsin, Michigan, Georgia and Arizona — all states won by Democrat Joe Biden. The court’s intent in most of those had been signaled when it refused to expedite consideration of them before Biden was inaugurated as president.”

Here’s the thing about this particular case in Pennsylvania. The legislature had voted and passed legislation that mandated ALL ballots, including absentee ballots, be received by 8pm on election night. Any ballots received after that deadline wouldn’t be counted. This was a well-known rule throughout Pennsylvania.

But then, the State Supreme Court got involved after Democrats sued. Suddenly, in the midst of the election, after ballots had already been sent out, the court moved the deadline to three days AFTER the election. Their reasons? Covid and the U.S. mail. Stupid reasons if you ask me. But that is what Pennsylvania’s court did. They arbitrarily overruled the legislation because reasons. What’s even worse about their ruling is it also opened the door to allowing ballots to be counted, even if no signature nor a valid postmark. But nothing to see here, no potential of election fraud whatsoever. None.

So, the case was brought before the United States Supreme Court. Did all the justices look at the merits and background of the case and decide to hear it? No. Instead SCOTUS punts once again.

This is what happens EVERY election. They refuse to deal with the problem at hand, but it never gets fixed for the next time because it's moot. This is how the lower federal courts and some state courts have screwed with legislatures and election law for the past 15 years. https://t.co/o0yluSHf4r

As Congressman Steve Scalise points out, the cases before SCOTUS are about states that didn’t follow the laws and made arbitrary changes that went counter to current election laws.

Three justices wanted the case to be heard. Justices Alito and Gorsuch:

“I agree with JUSTICE THOMAS that we should grant review in these cases. They present an important and recurring constitutional question: whether the Elections or Electors Clauses of the United States Constitution, Art. I, §4, cl. 1; Art. II, §1, cl. 2, are violated when a state court holds that a state constitutional provision overrides a state statute governing the manner in which a federal election is to be conducted. That question has divided the lower courts,* and our review at this time would be greatly beneficial.”

Justice Clarence Thomas argued that last minute changes left people distrustful of the process even if the outcome wouldn’t have changed:

“That decision to rewrite the rules seems to have affected too few ballots to change the outcome of any federal election. But that may not be the case in the future. These cases provide us with an ideal opportunity to address just what authority nonlegislative officials have to set elec- tion rules, and to do so well before the next election cycle. The refusal to do so is inexplicable.”

“One wonders what this Court waits for. We failed to settle this dispute before the election, and thus provide clear rules. Now we again fail to provide clear rules for future elections. The decision to leave election law hidden beneath a shroud of doubt is baffling. By doing nothing, we invite further confusion and erosion of voter confidence. Our fellow citizens deserve better and expect more of us,” he continued.”

Indeed. Rules were made and changed willy nilly. That SHOULD be addressed by SCOTUS. But instead SCOTUS punts once again.

Quite honestly, this case needed to be heard and the merits argued. The 2016 and 2020 elections are prime examples as to why this should’ve happened. I’m quite frankly disappointed in Justices Kavanaugh and Barrett for their inaction on this. Our vote is our VOICE. It is one of the most precious items of freedom and liberty that we enjoy in this Republic. However, when there are state governments or courts making changes that seemingly benefit only one side, even the perception of bias has an effect of muting those voices who deserve to be heard. Which is antithetical to our Constitution and to our freedom.

SCOTUS punts on a very important election case, which sets a bad precedent for our future elections, legislation, and court rulings.