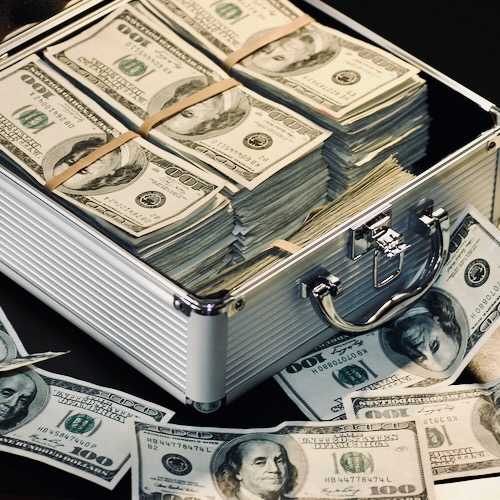 The San Francisco Reparations Board wants the city to spend $5 million per eligible person. What would this money be for? Reparations for those supposedly affected by chattel slavery. There are multiple problems with this, especially given that California was NEVER a slave state!

Keep in mind, the original idea from this committee was about $200 thousand per eligible resident. That was just a few months ago. NOW the price tag is $50 billion or more.

San Francisco’s reparations committee will propose paying $5million to each longtime black resident of the city in a reparations plan this spring.

To qualify, people need to have identified as black on public records for at least 10 years and be at least 18 years old. They also must qualify for two of a number of requirements, including having been born in the city or migrated to it between 1940 and 1996 and then lived there for 13 years.

It is unclear exactly how many people would qualify should the proposal pass, but if just 10,000 people qualified it would cost at least $50billion.

Exactly what are the qualifications devised by this committee of fools? First, the eligible person must identify as black, be 18 years of age or older, and resided in the city for at least 13 years. And then meet at least two of the listed criteria in order to receive their $5 million lottery winnings. 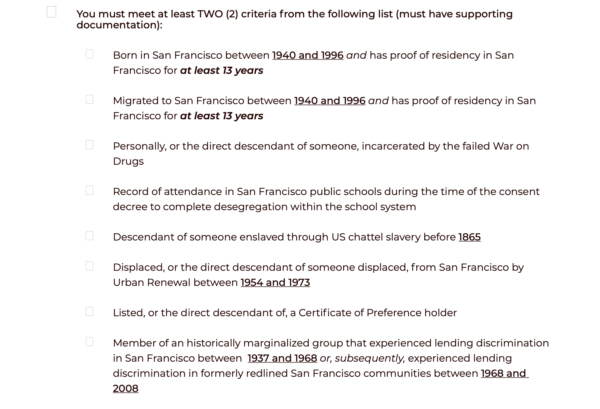 Yes folks, this criteria is directly from that report. Read through it all. There is only ONE item listed that has anything to do with slavery. Instead, let’s hand those supposedly eligible a lump sum payment, oh and wipe out other debt as well!

“A lump sum payment would compensate the affected population … and will redress the economic and opportunity losses that​ ​Black San Franciscans have endured, collectively, as the result of both intentional decisions and​ ​unintended harms perpetuated by City policy​,” the San Francisco African American Reparations Advisory Committee said in a draft report issued last month, Fox News Digital reported. ​

The committee also proposed wiping out all debts associated with educational, personal, credit card and payday loans for black households.

Is it any wonder that the city is looking at a $50 billion price tag for this virtue signaling? A city whose budget is only FOURTEEN BILLION?

Furthermore, when you review the criteria, something else is troubling about this. Those eligible must meet two of the listed criteria. Only TWO items on that list require proof of residency. The rest of the items are open-ended. How much would you want to bet that, if this is passed, people from all over the U.S. start applying for reparations?

1.2 Supplement African-American income of lower income households to reflect the Area Median Income (AMI) annually for at least 250 years ($97,000 in 20221).
Rationale: Racial disparities across all metrics have led to a significant racial wealth gap in the City of San Francisco. By elevating income to match AMI, Black people can better afford housing and
achieve a better quality of life.

A mandated paycheck to current and subsequent generations for the next 250 YEARS? This is welfare and “indiscriminate charity” on steroids folks.

Who is going to pay for this? The California taxpayers evidently. Except that CA has gone from a massive budget surplus to a recession due to the state’s asinine spending habits and people leaving in droves.

Oh, but we mustn’t criticize this virtue signaling effort. Nor should we point out the fallacies of embarking on such a costly gambit that would increase California and San Francisco’s debt. If we do so, we will be accused of “white resistance” per Obama.

Its not just insane…it is bigoted and unfair.

Indeed. The reparations are discriminatory on multiple levels, and against California law.

CA's Prop 209 became Article I, Section 31 of the California Constitution.

But, when has California's government cared about what the law says. It's already decreed itself independent of the law … and reason too, apparently. pic.twitter.com/HooBsYhU02

Keep in mind, there’s a significantly large Chinese population in San Francisco. A group that was SERIOUSLY discriminated against for decades. What about reparations for them? How about the Japanese? What about the Hispanics?? See where this is going?

Committing two wrongs won’t make anything right. In this case, this asinine proposal will breed resentment, cause more division, and bankrupt the city if adopted. 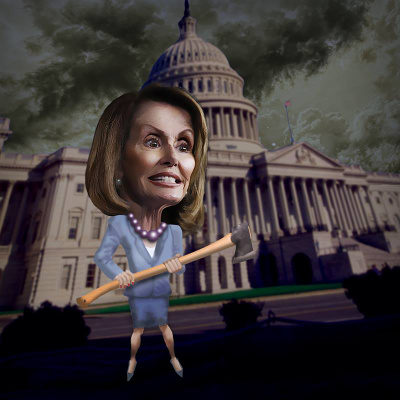