Previous post
"Crime is a construct" & Other Leftist Delusions 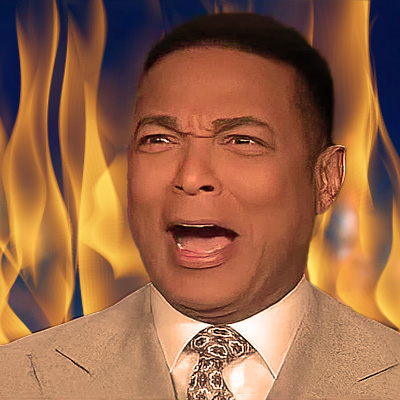 British commentator Hilary Fordwich appeared on CNN with host Don Lemon, who predictably launched into Give-Us-Our-Reparations demands. The Royal Family is bloody rich, and are descendants of an empire which used slaves, he said. So they owe us.

But Fordwich was not about to suffer any of this claptrap. She came armed and smoked Lemon.

Fordwich listened quietly while Lemon recited the typical drivel about how England sold slaves, and how the Empire foisted colonialism and is at fault for All The Things. She nodded a little bit too, drawing him in like a fly to a spider web.

And then she attacked. Yes, she said, there are people who believe they should receive reparations. But let’s go back to the source of the supply chain, she suggested. And then she correctly pointed out that the chain began in Africa itself. African kings were rounding up people to be sold as slaves, holding them in cages until the slavers arrived.

Plus, she added, 2000 members of the British navy died on the high seas trying to stop slavery. Oh, and by the way, what was the first nation to abolish the custom? England, through the efforts of Member of Parliament William Wilberforce.

Lemon blinked his eyes so much as Fordwich schooled him it was as if he were sending Morse Code messages: Help meeee!

Conservative pundits on this side of the Pond expressed their glee over this roasting of Lemon. Like Allie Beth Stucky, who wrote:

“Don Lemon brings up the need for slave reparations from the royal family. His guest says, yes, people should be demanding reparations… from the African leaders who sold them into slavery.”

“And how about reparations to those who fought alongside former slaves to abolish American slavery?  According [to] Lemon’s logic Democrats would need to pay reparations to Republicans. Kinda like it.”

Stop Blaming the British for All The Bad Things

It wasn’t just Don Lemon who bought into the Imma-Victim-So-Gimme-Stuff routine. With the passing of Queen Elizabeth, race-baiters of all sorts crawled from under their respective rocks to blame the British Empire for, well, everything that makes them so discontent.

They remind me of this scene from The Life of Brian by Monty Python. Here Israelites living under the Roman Empire gripe what have the Romans ever done for us?

Sound familiar? They blame an empire for all the reasons why their own lives are failing. (Interestingly, the Roman Empire provided advancements to the early Brits as well).

Robert Tombs, writing in The Spectator, points out that none of these grievance-mongers point fingers at the Ottoman, Chinese, or Mughal Empires. This is anti-white politics, pure and simple. And, I would add, a crusade to permanently rid the west of Christian culture.

Tombs notes that at the time the British Empire was expanding, older empires in Africa, the Middle East, and Asia were crumbling. Into the vacuum came the Brits, who were technologically and economically advanced. They brought cotton mills to India, and industrial dynasties emerged among Indians. By 1900, India had the fourth largest textile industry in the world. Its agricultural export rivaled Brazil’s, and industrial output rivaled Germany’s. Plus, taxes under the British Raj were lower than in the rest of the non-European world, too.

And as for the African slave trade — not only did the British abolish it, but the Royal Navy also freed some 160,000 captives, including a boy who later became the first African Anglican bishop. By 1834, British subjects were forbidden to own any slaves throughout the Empire.

But progressives won’t talk about that, will they?

The British Empire Wasn’t Perfect, But It Was Good

People like Don Lemon, along with other grievance-mongers such as MSNBC’s Ali Velshi (“the British robbed other nations of their wealth and power, and exploited their people”) are ignorant of history. Perhaps, rather, they choose to ignore it. But name an ethnicity or culture that never, ever conquered other populations. Or sold other humans into slavery. I’ll wait.

History is often cruel, brutal, and ugly. Yet whether the grievance crowd likes it or not, the Brits did a lot of good. As Robert Tombs wrote:

“But for many violent and disturbed parts of the globe, the British Empire managed to stop endemic warfare, bring relative peace and order, and in some regions create substantial economic development.”

While the British Empire — just like many other empires throughout history — wasn’t perfect, she was a force for good.