Next post
Zelensky Is Time Mag's Person Of The Year 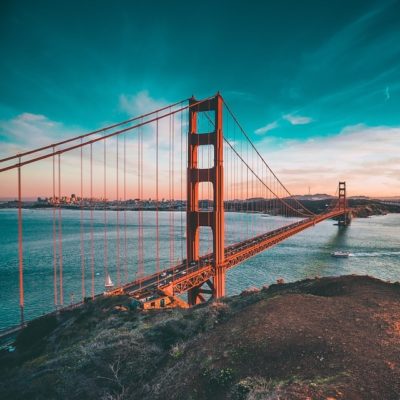 Like most cities experiencing an uptick in violent crime, San Francisco is not alone. But it seems as if the idea of “Killer Robots” did not go over well with the people of San Francisco.

In fact, according to this, San Francisco supervisors voted Tuesday to put the brakes on a policy that would have let police use robots for deadly force. Why? Because of the horrors of militarization and automation of policing. We’ll get to this in a minute. Here’s a little background:

“A tool that would be used regularly,” says an interviewee. “Especially against black and brown people”, he says. While the city of San Francisco is fearing Robocop, advocates for the measure have said the robots would only be used after employing deescalation tactics, in extreme situations and deployed only by high-ranking officers. In other words, not every cop was going to have a killer robot sidekick on the streets of San Francisco. This, however, did not deter individuals from stating their opinions on why they think this concept is a bad idea.

The tool begs to be used. It might be used originally only occasionally, but over time people get less sensitive.”-Supervisor Hillary Ronen

Does one think criminals become less afraid and intimidated by committing crime if they get away with committing crime time and time again? Criminals have become emboldened in our cities to the point of becoming increasingly brazen in their criminal activity and violence. They are not hiding it any more and they don’t care if they get caught because they know they will get away with whatever it is they are doing. Who is “getting less sensitive” here?

Giving police this option means they’re going to use it when they should be looking for other options.”-Peter Asaro, associate professor, The New School, New York

Other options like counselors or, deescalation specialists? They can’t draw their weapons anymore for fear of being labeled killers themselves, apparently. What say you, New York City prep school associate professor? What options do you suggest, Mr. Asaro? In fact, violent crime in San Francisco (and many other metropolitan areas) has increased. The total number of violent crimes was 3.1% higher between Aug. 1 and Sept. 25 this year than over those days last year according to this from SFGate.

This is a false choice, predicated on fearmongering and a desire to write their own rules.”-Brian Cox, director of the Integrity Unit at the San Francisco Public Defender’s Office

Hey, Brian? In case you haven’t noticed, criminals have their ways of writing their own rules as well. They do this all of the time. This assumption indicated Mr. Cox actually thinks the criminals follow rules or have their own code of conduct. Newsflash: there are no rules in a lawless city with policy makers who cannot be bothered to help law enforcement to actually enforce the law.

The San Francisco Police Department has disclosed that it has 17 robots, though only 12 are operational. They include search-and-rescue robots designed for use after a natural disaster like an earthquake, but also models that can be equipped with a shotgun, explosives, or pepper spray emitter.”-Khari Johnson, Wired

Ultra-liberal San Francisco does not want to journey down this slippery slope of sludge (or perhaps it’s poop from their city streets). They feel that criminals may be less likely to negotiate if a robot is present. I would think that would be the other way around, honestly…especially not knowing whether or not said robot is armed. If anything, this tactic may get criminals–err-uhh-I mean-justice-involved persons talking quicker.

We just stopped the use of killer robots robots in SF. Complete reversal from last week. Common sense prevailed.

“I started my day by protesting killer robots” doesn’t seem like something you should be able to say. But here we are. pic.twitter.com/G81PG1Aaii

Didn’t think we would see an increase in mentally ill, homeless drug addicts on the streets committing violent crime. But here we are. Didn’t think we’d see crazy “antifacists” rioting and destroying blocks upon blocks of urban space. But here we are. Didn’t think we’d see violent criminals getting sprung from jail by District Attorneys with lenient policies towards crime. But here we are. Did not think that a portion of our nation would form such a divisive front to label all of our law enforcement officers as corrupt, effectively stripping them of their ability to do their jobs in the field. But, yes. Here we are. This is how we got to killer robots in San Francisco. These lax policies. The lack of support for law enforcement. Increasing violent criminal activity without the tools and support to do anything about this activity. These factors pushed the killer robot decision.