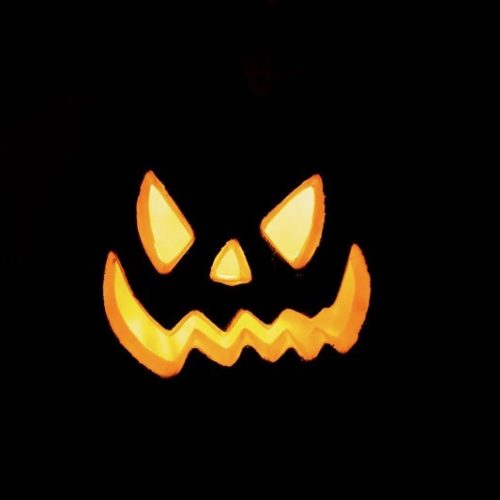 Salon cannot get Donald Trump out of their proverbial noggins. According to this piece by Matthew Rozsa, “the right” has been trying to cancel Halloween since 1984…and this matters.

The “moral panic” started in 1984, apparently. When “the right” created outrage over a movie called “Silent Night, Deadly Night.” The movie trailer for your reference here:

I know what you’re thinking. A typical, cheeseball, 80s slasher movie, right? But leave it to Salon to spin a wicked tale.

It all started on a Saturday afternoon when a grisly commercial made its way to TV stations, depicting the film’s main character, Billy Chapman (Robert Brian Wilson), menacing innocent victims with an axe and a gun — while clad in Santa garb. Parents claimed it upset their children; this captured public attention, and protesters in various cities began to oppose not just the marketing of the film, but the movie itself. Organizations were quickly formed to get advertising for “Silent Night, Deadly Night” pulled from TV and newspapers.”-Matthew Rozsa, Salon

Oh, the horror! A psycho-killer in a Santa outfit had just “the right” clutching at their pearls for upsetting their kids. And it was all their fault when movie critic Gene Siskel did the movie in accusing TriStar pictures of taking advantage of “blood money”. That Gene Siskel caved to the “far right” mob back in 1984. Even though Siskel himself was part of the Hollywood machine and his co-host, Roger Ebert, was a vocal liberal.

Cancel culture took “Silent Night, Deadly Night” down and after Siskel’s signature “thumbs down” and box office sales plummeted. All the fault of “the right”. Then, they came heavy metal music, toys, cartoons, role-playing games-all became a target of the right.

Wait a second…heavy metal music? Wasn’t that Tipper PMRC Gore who went after the satanic and explicit lyrics? What party does she belong to again? Minor detail you forgot, Rozsa. But, rock on with your bad self and keep stretching to find a common thread of what this has to do with “the right” and our culture now? Rozsa goes on to elaborate:

As culture has been increasingly politicized, it is difficult to separate the trends that influence how we view entertainment from those that determine our relationship with politics. ‘Silent Night, Deadly Night’ was released when the president was a right-wing former movie star named Ronald; we recently got rid of a right-wing president who is a former reality TV star named Donald. This symbolic invasion of politics by the worst in our culture trickles down to political discourse. Just as reactionaries in 1984 felt confident that they could and should suppress a work of art despite total ignorance of its content, reactionaries today will support Trump’s Big Lie and attack critical race theory, without understanding why the first claim is preposterous and the latter subject is not even being taught in public schools.”-Matthew Rozsa, Salon

A symbolic invasion of politics? Ladies and gentlemen, I presented one of Rutgers’ finest yesterday and will present another to you today. Rosza is a product of the MA in History program at this fine university. But I digress and Salon, well, they’re going to Salon-drawing far-fetched parallels and stirring the pot of witches brew. Halloween is no exception:

That same brazen ignorance is present in the resistance to public health measures on masking and vaccines, where motivated reasoning and cultural bias outweigh medical and scientific data. It exists among the ever-persistent climate change deniers.

Arguably, the stakes were pretty low in a manufactured campaign of fake moral outrage about a slasher movie that almost no one had seen. But what we see in that 1980s controversy is an embryonic form of the battles we see around us today — when public health, our educational system, our democracy and the future of the planet itself are under attack.”-Matthew Rozsa, Salon

While we are drawing parallels, Salon, let’s do the same thing 2021-style. Want to talk manufactured campaigns, Rozsa? Let’s talk about the Coronavirus. Let’s talk about how it divided us as a country and really, who were the powers that be that drove this wooden stake into the heart of our country? Let’s talk about misinformation on behalf of the left. “Silent Night, Deadly Night”, was embryonic of the battles we see around us today, says Matthew Rozsa of Salon. An 80s slasher horror movie has nothing on the horror we are seeing right now. A corrupt, old clown in The White House who has the keys to the missile codes. A man in a white coat with ties to a lab in a country that wants to break us down, bit by bit, killing puppies and telling us to inject ourselves. Health officials who think it’s perfectly fine to dose children up with harmful hormones and perform surgeries on them that would physically mutilate them and, eventually psychologically harm them. Lawmakers in our cities doing nothing about the violence, drug use and squalor in our streets. Race-baiting in our educational buildings in the name of something administrators like to call “equity”.

I literally heard an announcement at a school the other day that encouraged kids to wear costumes but no masks…but wear your mask. And the left wants to blame “the right” for ruining Halloween? Who took away candy in schools and replaced it with soy nuts? Who was hysterical over Trick or Treat and the Coronavirus last year? Who wanted to cancel Christmas for years?

Oh, what I wouldn’t give for a cheesy, 80’s Halloween slasher flick to be the big issue right now! What I wouldn’t give to go back in time and hear accusations of how backwards satanic messages on Twisted Sister albums would cause us harm as grown adults! Oh, Ozzy…how I long for the days where you biting a head off a live bat was the epitome of horror. How did we ever make it out alive?

Seriously. All of this is nothing compared to the ghoulish freak show we’re living in.