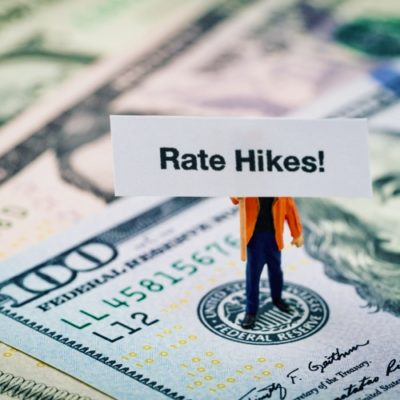 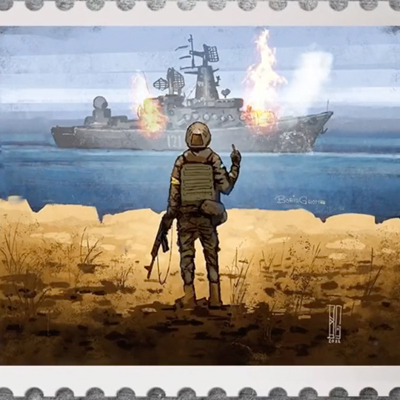 The Russian missile cruiser Moskva exploded in the Black Sea on Wednesday. What makes this especially ironic is that this is the same ship that received the “Go F*** Yourself” message from Ukrainian troops on Snake Island.

What Happened to the Moskva?

So how did the Moskva, which Reuters notes is the most essential ship in the Russian Black Sea fleet, catch fire?

On the other hand, the Russian Defense Ministry said in a statement that “ammunition detonated as a result of a fire on the Moskva missile cruiser.” Which isn’t a good look for the Russian navy, since it appears they don’t store their ammunition safely.

Russia also claimed that the crew of 510 have completely evacuated the ship, and the cause of the fire is being investigated.

However, Rob Lee, a senior fellow at the Foreign Policy Research Institute, tweeted that the Moskva has sunk.

“A Russian source is saying the Moskva has sunk and that the explosion was from a Ukrainian Neptun missile strike. Apparently, Ukraine flew a TB2 UCAV to distract the ship while it was targeted by the Neptun. The ship rolled onto its side after the strike.”

Plus, weather conditions in the Black Sea were poor at the at the time of the incident. That would also jeopardize the ship’s seaworthiness after the explosion.

But this isn’t the first vessel that Russia has lost in this war. Lee also tweeted:

“Thus far in the war, the Russian Navy has lost one large landing ship, another large landing ship sustained damage, a Raptor patrol boat was struck by an ATGM, and now the Black Sea Fleet’s flagship has sustained “serious damage” likely a result of a Ukrainian strike.”

As for any surviving crew of the Moskva: it looks like they’re bound for Mariupol to serve as replacements for the infantry. As the internet says, Sucks to be them.

The Moskva achieved notoriety early in the war when it ordered Ukrainian border troops on Snake Island to surrender. The crew on the strategic island replied: Go f*** yourself!

Later, Ukrainian news reported that the Russians killed all 13 defenders, when in fact they had been taken captive. Russia later released them in a POW swap.

But the sailor who told the Russian captain to … well, have carnal relations with himself … received a medal. Meanwhile, the rest of the free world cheered.

#SnakeIsland a POW swap was made on 3/25/22 & 13 border guards were swapped. One was Roman Hrybov who told RU ships to “GFY” was awarded in Cherkasy Region of Ukraine. The Russians said S&R boat SAPPHIRE was taken to Turkey. That’s a lie.
2/4 pic.twitter.com/MGmKmhYbwh

And now the Moskva may be at the bottom of the Black Sea. Is that sweet irony or what?

How Important Was the Moskva?

Pretty damned important, according to a Forbes article from January.

The Moskva, while not new, is — or was — the most powerful warship in the Black Sea. In fact, it was the flagship of the entire Black Sea fleet. According to Forbes:

“Think of Moskva as a 12,500-ton, 612-foot mobile missile battery with nearly 500 people aboard. She packs enough anti-ship missiles to wipe out the entire Ukrainian navy and enough air-defense missiles to swat away any conceivable aerial attack on the Black Sea Fleet’s amphibious flotilla.”

This video shows the power that this ship packed.

Well, not anymore, thanks to Ukrainian missiles. Or a fire that caused an explosion *insert eyeroll*. But, according to the New York Times, “Neither account could be independently confirmed.”

More Support for Ukraine From the West

Meanwhile, more nations, including the United States, are increasing assistance to Ukraine.

The US, for example, pledged an additional $800 million in military aid to Ukraine on Wednesday. This will include artillery systems, artillery rounds, armored personnel carriers, and unmanned coastal defense vessels. It also includes 11 Mi-17 helicopters and 18 155mm howitzers, along with counter-artillery radars and 200 armored personnel carriers. This is the first time that the US has given howitzers to Ukraine.

In addition, the presidents of the Baltic states of Lithuania, Latvia, and Estonia, along with Poland, will be meeting with President Volodymyr Zelensky to discuss military assistance. Lithuanian president Gitanus Nauseda tweeted: “Heading to Kyiv with a strong message of political support and military assistance.”

As for Britain, it will be supplying Ukraine with 120 armored vehicles. The UK will be training Ukrainian troops on British soil, too. James Heappey, UK armed forces minister, told LBC radio:

“There’s 120 armored vehicles that are in the process of being made ready. And the Ukrainian troops that will operate them will arrive in the UK in the next few days to learn how to drive and command those vehicles.”

And now, it looks like NATO may be gaining two more member nations, thanks to Vladimir Putin, as both Sweden and Finland are considering joining. The leaders of both Nordic countries met in Helsinki on Wednesday to discuss membership.

The Moskva Sinking Will Bring Escalation

Despite the additional support from the US and Europe, don’t expect Russia to slink away, however. In fact, according to foreign policy analyst Clint Ehrlich:

“If Ukraine has really sunk the Mosvka, expect immediate escalation from Moscow. There will be a political imperative for the Kremlin to push this setback from the headlines with positive news. We may see large-scale strategic bombing, something Russia has held back on to date.”

Will things get worse for Ukraine? It’s very likely. Yet she has hung on this long, despite the incredible odds. But Ukraine can still prevail with, as the Beatles sang, “a little help from my friends.”

The New York Times reports that Russia admits that the Moskva sank. But that’s because it was being towed in a storm.

The Russian Defense Ministry says its naval flagship Moskva has sunk in the Black Sea while being towed in a storm. Ukraine had claimed it hit the warship with a missile.