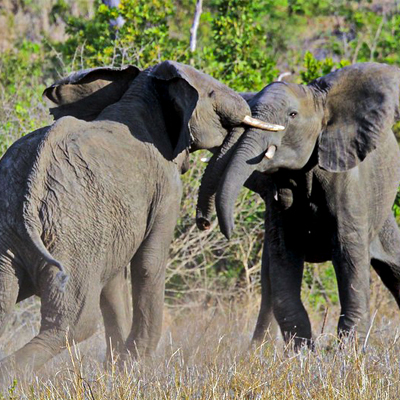 After the defeat of a pro-life amendment in Kansas, the media are wondering if Republicans will now begin to eat themselves over abortion.

Abortion Votes Kill Chances for the GOP in Midterms

At least Politico seems to think so. The liberal website wrote, no doubt rubbing their hands in glee:

“… red state lawmakers are mired in partisan infighting and struggling to agree on how far to go. The most fervently anti-abortion lawmakers are accusing their colleagues of capitulating on rape and incest exceptions, while those calling for compromise or moderation believe more strident Republicans are ignoring political realities.”

Politico gives example after example of zealous pro-life GOP lawmakers in statehouses across the nation testing the extent to which they can ban abortion. In Indiana, for instance — which became the first state to pass anti-abortion legislation since Dobbs — GOP state lawmakers have been chipping at each other in the statehouse. Plus, Indiana’s biggest pro-life group was “disappointed” that rape and incest had not been removed from the bill.

“The most unnerving shock for the GOP came in Kansas last week. In a referendum, 59% of Kansas voters, turning out in massive numbers in the dog days of summer, opted not to give the Republican-controlled Legislature the ability to restrict abortion rights …”

“… both the enormous turnout and margin in a Republican state has GOP consultants in a state of panic.”

Democrats would thank the Lord above that He gave them such a gift — that is, if Democrats believed in God.

The Reality for KS Republicans is Different

As I wrote last week, I live in Kansas — Ground Zero for the battle over abortion rights. Yes, I was disappointed, yet not surprised that the amendment went down to defeat. Having lived here for most of my life, I know that the state has its own sordid history with abortion, including third trimester procedures.

Kansas is indeed a red state. But when it comes to abortion, it’s never really been the innocent land of Dorothy and Toto.

But now that that the vote is over, Kansas Republicans aren’t looking back. We’re done rehashing what led to the amendment’s defeat, and instead are uniting around the candidates who won their primaries. We’re voting to maintain our state’s impressive election integrity. And Republicans want to throw out Gov. “Lockdown” Laura Kelly, a Democrat who loved to issue executive Covid lockdown orders. She even tried vaccine mandates, too.

The abortion amendment is so last week. Kansas Republicans are looking ahead to November.

Republicans Are Still in the Driver’s Seat

The media may be hoping that the GOP will be eating their own over abortion, but instead the Democrats have handed them a gift. Several, in fact.

There’s the Biden Administration’s so-called “Inflation Reduction Act,” which in reality is more like the “Prosperity Reduction Act.” As writer Roger Kimball noted:

“We double the size of the IRS, pump billions into counter-productive “green energy” initiatives, and raise taxes in the middle of a recession.”

“This is what the Democrats are touting as a “victory” for President Joe Biden.”

And speaking of the IRS, how about the Biden administration adding 87,000 employees to that quasi-police state agency? Notice, too, the tone-deaf comment from an enrolled IRS agent:

All of my GOP friends who are worried about 87,000 IRS enforcement agents coming after the little guy… How about just don't cheat on tax returns? A fully truthful and accurate tax return is bulletproof in an audit. I never understood the fear of an IRS audit. Don't lie. Period.

Like honest people are never called up for the terrifying experience of an IRS audit, right?

And speaking of police states — how about that FBI raid on Trump’s Mar-a-Lago home?

You don’t have to like Trump to be alarmed that this is how a banana state acts, not a constitutional republic. And when Democrats like Andrew Cuomo thinks that this move was not such a smart idea, then you know that Houston, we have a problem.

DOJ must immediately explain the reason for its raid & it must be more than a search for inconsequential archives or it will be viewed as a political tactic and undermine any future credible investigation & legitimacy of January 6 investigations.

Andrew Yang chimed in too.

Yang is correct here. The raid on Trump’s home will rally not only his base, but the rest of the Republican party as well, whether they like the former president or not.

So as long as the Biden administration keeps shooting itself in the foot, Republicans won’t have to worry about the midterms. Even if the media still dreams that abortion will put the GOP in a world of hurt.