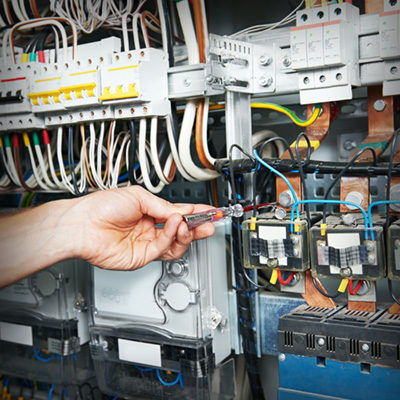 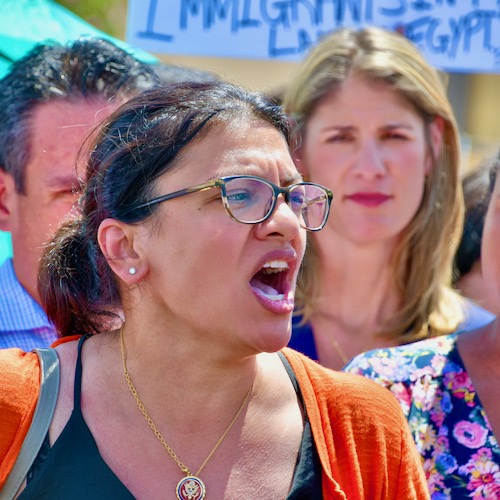 Freedom of speech is, evidently, not in existence for Congresswoman Rashida Tlaib (D-MI).

Yesterday, in response to the well-deserved criticism of Ilhan Omar’s abhorrent statement branding the U.S. and Israel as terrorist organizations, Tlaib and the rest of The Squad ran to her defense. They made themselves the victims and worked overtime to claim victimhood for Omar.

The media jumped into the game as well by making this more about Trump and anti-Muslim bias than Ilhan’s tasteless and bigoted remarks.

Omar, who is one of the first Muslim women to serve in Congress and wears a hijab, has been a perpetual target for the right, including Donald Trump. As president, Trump often named her at rallies, and his criticism at one of them prompted his supporters to chant, “Send her back.” Omar, who was born in Somalia, is a naturalized American citizen.

“I am tired of colleagues (both D+R) demonizing @IlhanMN,” tweeted Rep. Rashida Tlaib (D-Mich.). “Their obsession with policing her is sick. She has the courage to call out human rights abuses no matter who is responsible. That’s better than colleagues who look away if it serves their politics.

Criticism is now demonizing. Got it. As I noted yesterday, Ilhan and The Squad were ticked off because THEY want to be allowed to say whatever they want, even if it lands in the Congressional Record, with zero consequences. However, they also demand the right to criticize others and expect consequences.

Tlaib, as with Ilhan Omar, shows us who she really is by the company she keeps.

Details emerged after Tlaib confronted President Joe Biden to criticize his handling of the escalating crisis between Israel and Hamas militants in the Gaza Strip.

Tlaib delivered what was billed as a ‘special message’ of ‘solidarity’ during an online campaign event which counted Maher Abdel Qader among its hosts.

Qader, a donor and fundraiser to Tlaib’s campaign, is on record with anti-semitic content and attacks on Israel. When criticized for her participation in the event, Tlaib played the victim.

Tlaib, in May, accused Prime Minister Netanyahu of war crimes.

It's so the world can't see the killing of babies, children and their parents.

It's so the world can't see Palestinians being massacred. https://t.co/AvDp3IuxUA

Yesterday, while leaping to Ilhan Omar’s defense, Tlaib sent the following tweet out to her 1.5 million Twitter followers.

A. She is overtly implying that any criticism of her or Ilhan is stemming from bigotry and racism

B. She is claiming victimhood based upon her religion

C. She is claiming that her Freedom of Speech is non-existent.

The irony is deep and wide here. Tlaib is claiming that freedom of speech doesn’t exist for her or Ilhan in Congress. She’s claiming that WHILE bitching about it on Twitter.

Tlaib is utilizing her Freedom of Speech to try and convince her followers that the House Democrat leadership is stifling her ability to speak.

No, what the Democrat leadership did was criticize Ilhan Omar for her remarks and request clarification. However, according to Tlaib criticism equals taking away her Freedom of Speech.

Sorry toots, that’s not how this works.

Rashida Tlaib still has her freedom of speech. However, that freedom doesn’t give her extra special privileges of saying whatever she wants without consequences.

She’s right about one thing. Freedom of Speech for Muslim women DOESN’T exist…in countries such as Iran and Palestine.

Hey, you know where freedom of speech really doesn't exist? In territory controlled by your friends Hamas and the Palestinian Authority. https://t.co/VjLNUc4K1M

However, it DOES exist for us all here, including Rashida Tlaib, in the United States because of that wonderful document called The Constitution.

Irony is Rashida Tlaib, a sitting Congresswoman, whining about her non-existent Freedom of Speech while exercising that very same right on Twitter.