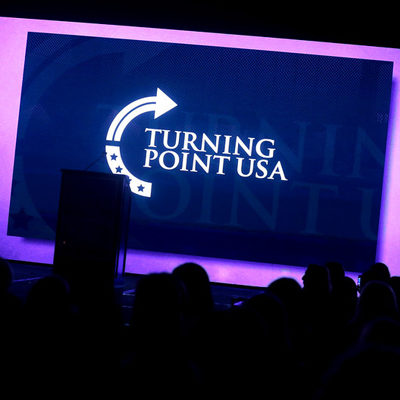 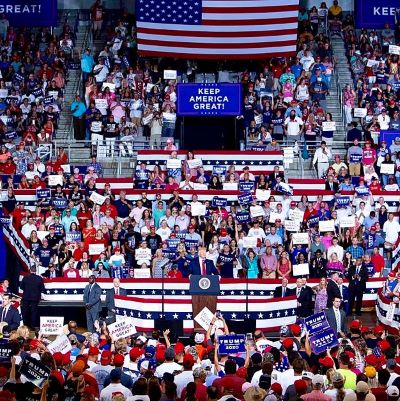 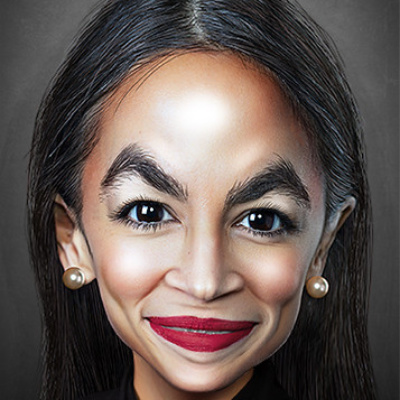 Senator Bernie Sanders held a huge campaign rally at Venice Beach, California. In addition to Harvard Divinity Professor Cornel West, one of the speakers was freshman Congresswoman and social media star, Alexandria Ocasio-Cortez. AOC vigorously defended purity tests and warned that America was becoming fascist. Having a sense of irony is not a significant strength for AOC.

Purity tests became a thing again because of the dust-up between Senator Elizabeth (Pocahontas) Warren and Mayor Pete Buttigieg during the last Democrap debate. Pete had held a fundraiser in a wine cave and Warren gave him a mighty thwap. Mayor Pete responded that the problem with purity tests was that often the accuser couldn’t pass the test either. Nina wrote up the debate and you can read it here.

That brings us to AOC and her remarks at the rally for Bernie Sanders 2020 run for the Democrat Presidential candidate. From the New York Post:

Here is the video, including the AOC introduction by Divinity Professor (?????) West:

“Are you ready for the revolution?” No, Sandy, thank you. “Justice is what love looks like in public.” What in the name of Sweet Meteor of Death does that even mean? I know that Sandy Cortez goes on to explain, but that doesn’t make any sense either.

“Establishing a loving society in the United States of America” is not “an irrational, overly feeling, sympathetic statement,” she said. Rather, it’s the pursuit of “an advanced society.” And an advanced society, Ocasio-Cortez said, guarantees healthcare and tuition-free college and trade schools, among other benefits.

“What we are living in now is not an advanced society,” she said.

These people (Sanders, West, and Ocasio-Cortez) retch up a bunch of soft-focus words and the mush-headed liberal morons lap it up. And, Miss Occasional Cortex, find me a better society and I will donate $1.00 to paying off the debt for your worthless degree. I feel safe that I will never have to pay off.

Getting anyone elected takes a village, but this is especially true for Democrats in ruby red states such as Louisiana. Beyond the work, it takes an important shift in Democratic politics.

Purity tests have got to go.

In addition to praising purity tests and the pursuit of an advanced society, the former Queens bartender (AOC) claimed that America is evolving into a fascist society. I am not sure the poor woman even knows what that means. I have read George Orwell’s “What is Fascism?” a couple times over the last thirty years. He never gives a satisfactory answer. But what does AOC mean? Does she mean an ultra-nationalist, right wing authoritarian dictatorship? Does she mean a totalitarian one party state? Does she mean everyone believing the same thing?

Ah, that would require a purity test. After the revolution that AOC wants, one would be tested to make sure that all of one’s beliefs and values match exactly with the current revolutionary thought. If one passed the test, one would be permitted into this advanced society. One would then benefit from the free health care and free education. If one were wealthy and wanted to hold a fundraiser for your favored candidate in a wine cave with crystal chandeliers and expensive wines, would one be shunned, jailed or worse?

AOC can’t give you an answer. She couldn’t even get a job in the wine cave pouring wine. 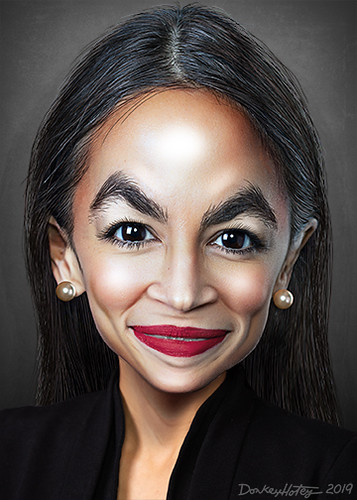 “Alexandria Ocasio-Cortez – Caricature” by DonkeyHotey is licensed under CC BY 2.0