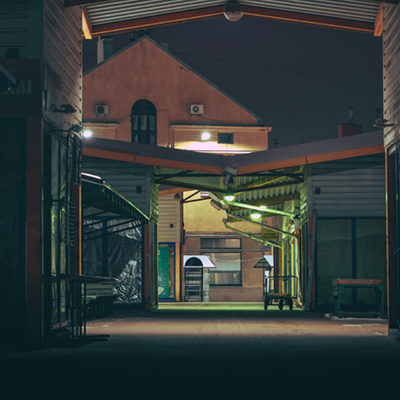 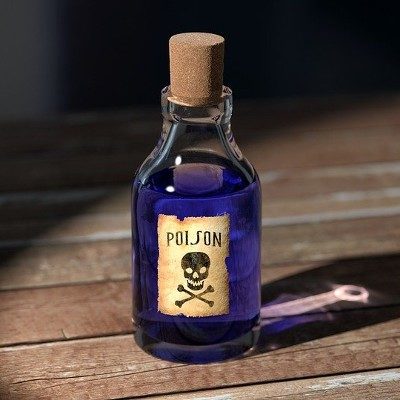 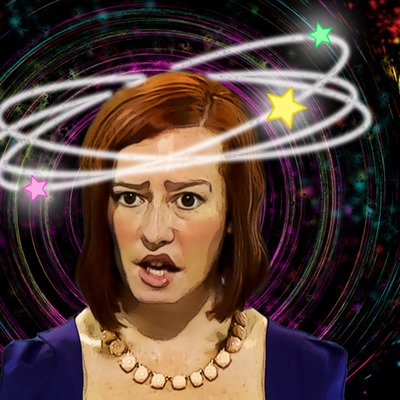 Jen Psaki is not an intelligent person. She’s a mean girl who hitched her wagon to the Obama star and has been riding it ever since.

And as a former Obama flunky, she was well-positioned when Joe Biden ran for president to join the campaign, and then the administration. The media gushed over her, because she was ONE OF THEM. Well, the shine has worn off, though the press still treats her much more kindly than they did any of the press secretaries for, say, the Trump administration.

Then the news broke that Psaki was negotiating with MSNBC for her own media deal once she leaves the administration, and even the White House press corps was asking her hard questions. Well, it seems that Psaki, with everyone knowing she has one foot and three other toes out the door, no longer cares about sounding petty and bitchy when it comes to the journalists in the White House press corps. Specifically, the guy who makes her look stupid on a regular basis by asking real questions: Peter Doocy. In the last week, Psaki tried dodging the whole issue about Pelosi being a close contact to Biden, and then sounded dumber than a bag of hammers when challenging Doocy about the numbers of illegals potentially coming across the border when Title 42 is lifted… that he got from the Department of Homeland Security.

Well, Jen Psaki seems to think that Peter Doocy simply takes his marching orders from Fox News, because all the rest of the good little reporters in the press room don’t routinely challenge her (you know, unless they’re asking about Afghanistan or her MSNBC deal). Which means that when given the chance to let her hair down and kick back with a friendly audience, Psaki has no problem trying to sound like a big bad boss girl and insult Doocy without him being in the room.

Psaki was asked whether “Peter Doocy is a stupid son of a bitch or does he just play one on TV?” according to Politico White House correspondent Eugene Daniels.”

“He works for a network that provides people with questions that, nothing personal to any individual, including Peter Doocy, but might make anyone sound like a stupid son of a b****,” Psaki replied.”

Jen Psaki is asked if “Peter Doocy is a stupid son of a bitch or does he just play one on tv:”

“He works for a network that provides people with questions that, nothing personal to any individual including Peter Doocy, but might make anyone sound like a stupid son of a bitch.” pic.twitter.com/2FYMPX12Rr

This happened during an episode of Psaki’s fellow Obama acolytes who run “Pod Save America.” And of course everyone in that room is in complete ideological agreement, so why not smack around Doocy when he’s not even there by quoting Joe Biden? If you’ve forgotten what Biden said in January about Peter Doocy, here’s the refresher.

Here's the hot mic moment that everyone is tweeting about. pic.twitter.com/0tSs8fesy9

It was yet another nail in the coffin of the “Joe Biden is a caring and likeable guy” myth, and Doocy, for his part, dealt with the whole thing with a lot more grace than, say, Jim Acosta might have. Which means that if the Pod Bros bring it up, then Psaki, like the mean girl that she is, will happily join in on the double down in order to sound like a cool kid – even though she admits that Doocy was “gracious” when Biden called him later. So, in other words, Doocy has much more class than Psaki does. This is not a shock.

Now, I doubt Peter Doocy will actually say anything about this, even if asked. He’s a professional who has developed a thick skin (Jim Acosta could take some lessons), and he knows exactly what he’s up against. It’s why he’s good at his job. Jen Psaki, on the other hand, looks like the mean girl in high school who was willing to trash-talk anyone behind their backs, so long as the in-crowd was still talking to her. And remember, she’s still taking YOUR tax dollars for her job, while she looks to feather her own nest with a media deal and insults a journalist she has to work with on a near-daily basis. Yup, she’s SUPER ethical and SUPER professional. Psaki is going to fit right in at MSNBC.