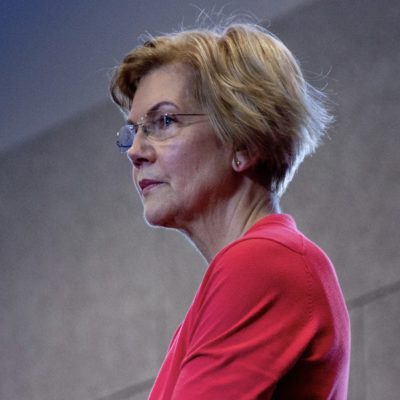 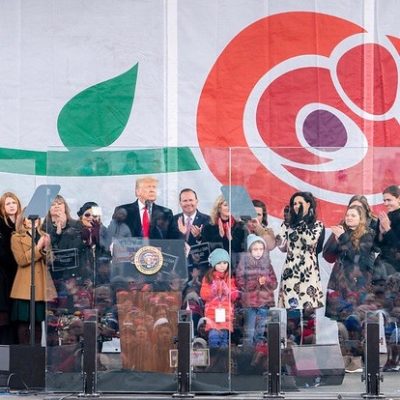 The vitriol of the pro-death crowd was loud-and-clear and ready to pounce after President Trump’s speech at yesterday’s March For Life.

This did not deter trolls on the left. Not one bit. So we trolled them back:

Kids in cages with bags over their heads for punishment. That. Is. All. https://t.co/T3ZMBwm21T https://t.co/AK6IYlspwX

Isn’t she quite the intellectual citing Mother Jones? About as intellectual as Poison Ivy was in the ’90s, right, Alyssa? We cannot wait until this twit sits down and explain to her kids how she was a selfish starlet and aborted their siblings. What about those kids in back alley dumpsters? Or the ones whose organs and tissue were harvested for beaucoup bucks, Alyssa? That. Is. All.

Kids in cages with bags over their heads for punishment. That. Is. All. https://t.co/T3ZMBwm21T https://t.co/AK6IYlspwX

Or this from Lauren Rank(in) of Bitch magazine (we thought this was a derogatory term?):

The people you're seeing at the "March for Life" are the same people who are terrorizing patients in front of abortion clinics––filming them, screaming at them, blocking their way. It's clinic escorts who shut them down. I shared my story at @BitchMedia: https://t.co/hRgOPNTMUU

Anyone in the #MarchForLife today is a willfully ignorant misogynist.

You cannot place the importance of a fetus above the pregnant person and be anything else.

You can change. You can become an informed humanitarian. All you have to do is want to.

You know what, “Doc”? My child made me a more informed humanitarian. When a mother brings life into this world, we see things through different lenses. We discern, we make better decisions because we have to and we place our priorities on different things. We cut through the BS really fast. A beating heart IS important-as important as I am-because it is coming from within my body. To treat it with any less respect than I would treat myself is not humane. That heartbeat is an extension of me. Probably the best hateful, pro-death rants comes from Salon’s Amanda Marcotte. She never disappoints:

But perhaps most important is the shared commitment of both Trump and the anti-choice movement to lie all the time about everything. Which, in turn, is rooted in their shared contempt for democracy.”-Amanda Marcotte

For instance, in the real world, abortion is safer than other common outpatient procedures like wisdom tooth extraction and colonoscopies, and 99% of women who get abortions report feeling relief and not regret, even years after the fact. But in the delusional world of anti-choicers, abortion is a super-dangerous procedure and “abortion regret syndrome” is widespread. In the real world, contraception prevents abortion. Anti-choicers, however, believe contraception causes abortion by tricking more people into having lots of sex.”-Amamda Marcotte

To say “anti-choicers” like us believe that contraception causes abortion by “tricking people into having lots of sex” is flat-out ignorant. But we’re the uneducated masses according to them. Marcotte assumes here that the only individuals who are pro-life are individuals against having any kind of sex that does not materialize with a pregnancy. She assumes all pro-lifers are in the dark ages on this and we have only had sex in our lives for the soul purpose of fruiting the world to thump our Bibles, show our stupidity and fill the word with misogynistic beliefs (we know this how they think). We’re all prudes and we all have sticks up our asses. The pro-abortion lot also likes to not refer to their opposition as pro-life. Why? Because it magnifies what they so strongly support and why it is wrong. So, while they refuse to call us “pro-life”, I will refrain from here on out referring them to anything that sugar-coats what they really are: pro-death.

Abortion is safer than other “common” outpatient procedures, says Marcotte. The issue with this is wisdom tooth extraction and colonoscopies do not involve human beings intentionally killing other human beings. Wisdom tooth extraction and colonoscopies are preventative medical procedures. Abortion is not preventative medicine. Birth control can be argued as such. Abortion, however, is a procedure some women undergo in a crisis. To the cavalier feminists, abortion is a procedure they undergo in place of birth control. They even have little slang terms and pet names for the killing a human being. Abortion is a procedure they undergo when they simply do not want to take into consideration anyone else’s needs or any lives but their own because they have dreams and aspirations. Because it is their body, their choice and they choose to play god to God’s majesty. And while abortion is not a “dangerous” procedure per se, to treat it as a “common” medical procedure and call it “health care” is a very dangerous idea.

Trump called mothers heroes and acknowledged the sacrifice many moms make to bring children into this world. The people who were at The March for Life were not individuals with desires to blow up abortion clinics and wreck havoc. Most were moms who knew their children would be born with disabilities and had them anyway because they saw the value in that child. There are moms who got pregnant at possibly not the most convenient time in their lives but heard that first heartbeat and knew, at that point, that they were given the gift of life. These moms are the heroes.

Every human soul is divine and every human soul, born and unborn, is made in the holy image of God. Together, we will defend this truth.”-President Donald Trump

Amazing, isn’t it? The offspring that resulted in sleeping with that loser, the child you were not ready for, the Down Syndrome child a doctor and your peers recommended you abort. All divine. Yes, purple-haired, Brooklyn-basement-dwelling feminists. Even godless souls like you who won’t credit your maker are made in the holy image of Our Heavenly Father. Your mom IS your hero because she chose YOU. Your life is a miracle, feminists. Even if you are pro-death.