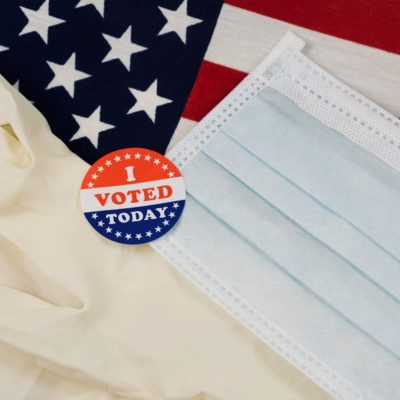 Previous post
CDC: Vote Even If Covid-19 Positive Or Quarantined 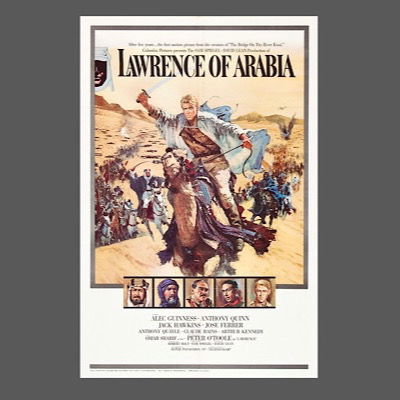 Paladin wants VGirl readers to watch a clip from Lawrence of Arabia; it is relentless, horrific and it may be what we narrowly avoided today.  That is, if the Left in this country was totally crushed politically.  We may not know on November 3 but crushed they must be or this madness you see in the film clip below will be the result.

They want to do it to us, just like that—but there are many, many more of us, that want to do it to them.  The only thing holding us back is this election.  Pray as hard as you can we vanquish them November 3rd at the ballot box. Or this terrible reckoning will be the result:

With any luck, under the hand of the Almighty we Chumps will blow an enormous barbed-wire cowpie into our elite betters’ homes, cars, hair driers, across their flat screen TVs and weeping faces.  But under no circumstances should we show them any mercy after their defeat.  For truly, they would have shown us none.

Back in October of 2018 Paladin wrote the Mighty Kate a face–stomper for an expected congressional victory that would have sent Nancy Pelosi and the insane Prog Borg Eloi posse back to Scat Francisco and onto the darker corners of Avenue A in Manhattan.  The title of the piece was NYAH-Nyah NYAH-Nyah  NYAH!

Alas, the time for reckoning and gloating had not come. There needed to be a Russian Hoax, Impeachment, the Wuhan Flu, riots, scores of brave dead cops at the hands of a virulent strain of homeland soy boy fascists and Marxist Semi-Black people, there had to be Sean King aka Talcum X.  Minority neighborhoods needed to be torched and Black Lives Matter terror spread into the suburbs.  There had to be black cops screamed at by a species of the White Privileged Female.

There had to be innocent bystanders shot in cold blood by the Antifa Nazis and others shot when they assaulted fleeing victims. Mr. John Huber, your son died because you taught him it was okay to slash the neck of anyone he disagreed with, with a skateboard. That’s on you.

Whole cities had to empty out. Whole industries like the entertainment, hospitality and restaurant destroyed. The entire intellectual edifice of free and open discussion had to be sent to the guillotine. By the likes of Jack Dorsey aka Rasputin.

The Rules Used to Be—Magnanimous in Victory, Gracious in Defeat. Gentlemanly Forbearance even in the face of rank calumny. The supine pose in measured discourse.  The indulgent therapeutic chin pulling in victory. Never gloat, never defend yourself. When you’re slapped you’ll take it and like it.

Not this time, Kommunist Kamala Democrats, not this time Maoists of TwitterGoogleFacebook, not this time Worm Tongues of Academia who write crap like In Defense of Looting and get a book stack at the Strand, good riddance, put the plywood over your store windows and never take it down. You’re done, Fredo. The only manure that’s ever going to be eaten again is the manure you eat in your own mouth.

Not this time, child predators of the movie industry, if one vid ever encapsulated what’s deeply sick with you cultural pedophiles, Lady Gag Gag gets an Oscar for Worst Songbird Ever to Impersonate a Human Being—only a FollyWood fool could evoke sympathy for a beer can.

This is for Kavanaugh, this is for Mueller. This is looking at you Dunham and AG Barr, long past time to slap the zip ties on Comey and McCabe and Strozk and every DOJ/FBI/CIA/NSA Scumsucker who thought they’d get away with a coup.  Do it between now and Christmas or lose any authority you will ever have with the Guardians of the Republic. That’s us. The Chumps.

This is for Minneapolis, and Killer Cuomo, and Wretched Whitmer, this is for Portlandia, Seattle and Atlanta . . . this is for every  stinking dumpster fire. This is for a worthless Heritage Foundation, and it’s limpy position papers with links that don’t quite function. Sorry wimps, this ain’t gonna do it in the reign of Leftist Terror: 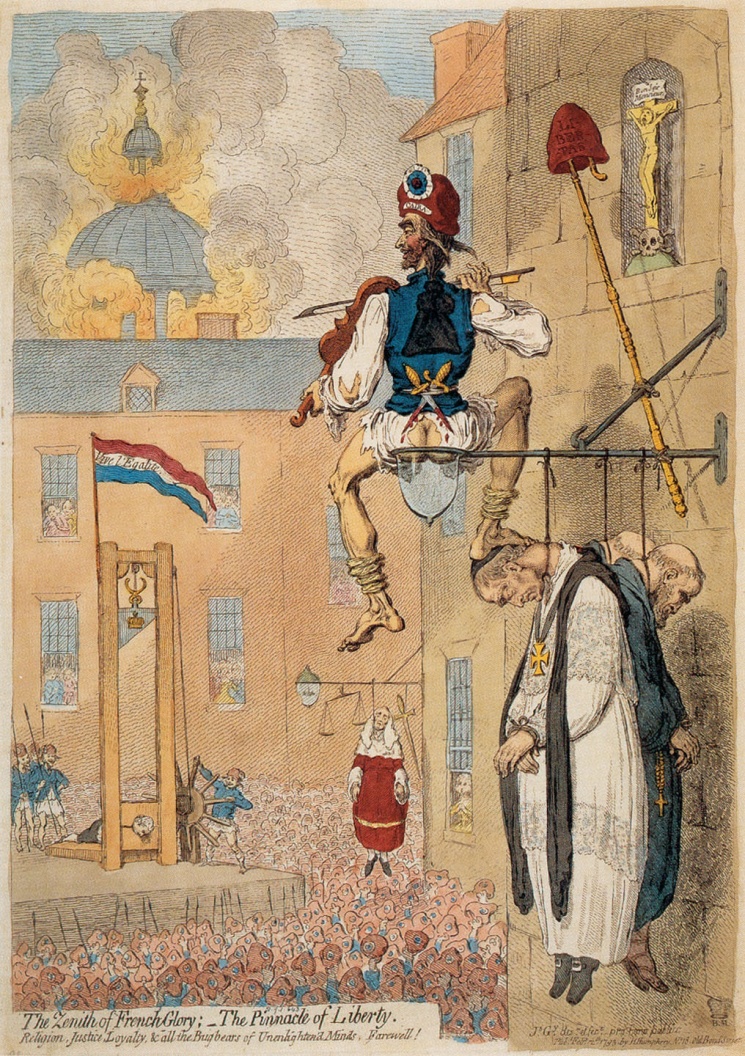 Those wilted broccoli–rutabaga tasteless position papers justaren’t gonna cut it. Not against the white, white, white Potemkin Village on the Pacific—City of Portland—where Mayor Wheeler is looking for a few Good White Supremacists to account for the fact his Blue City Sewer can’t seem to stop riots and arson. Ain’t gonna do it against Maize Hirono, Chuck Schumer, Pencil Neck Schiffty who will never be voted out of office.

But their date with the Blue Guillotine is set in the Place de la Révolution. Politically executed by the likes of this crazy, smiling Madame Defarge in the Mao/Stalin/Che Skirt and you deserve it. Neither History nor Herstory will be kind to any of you.

And neither will we. The Chumps.

Featured photo is “Lawrence of Arabia” movie poster, 1962.  Additional photo is “The Zenith of French Glory: The Pinnacle of Liberty. Religion, Justice, Loyalty & all the Bugbears of Unenlightend Minds, Farewell!” – a French Revolution illustration by James Gillray.  Both photos available under CC BY-SA 3.0 .