Next post
Liz Cheney Wants to Be GOP Nanny 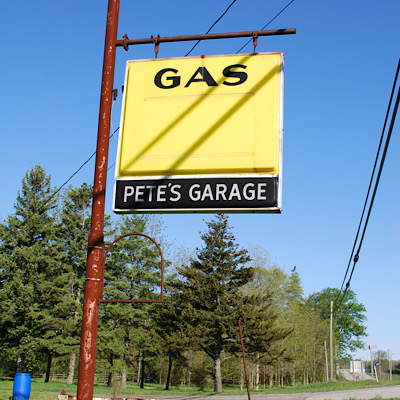 Paladin had a Eureka moment Saturday morning when Fox News ran a chyron  graphic to the effect: Nearly 90% of Washington D.C’s gas stations are out of fuel.  The gas ran out and the 60 Watt lightbulb inside Paladin’s head snapped on.

How DC might be brought to its knees, temporarily inconvenienced but forever cowed by the will of the people and the ship of the republic returned somewhat to its original course. All without firing a shot, or overwhelming hospitals, or wrecking emergency services, or even hobbling the military.

Let the local gasoline run out. You wouldn’t even need 60% of Washington D.C.’s gas station to shut it all down. Let DC sit three weeks in the middle of summer or winter where the locals and beltway types have to drive to West Virginia, Pennsylvania, or New Jersey to tank up.

Yes, of course, Gammy Nancy will always have her limo primed, yes, many of the elites won’t feel a thing, but enough swamp dwellers will be inconvenienced that they finally see who rules them. Finally make them afraid of us. Finally.

After all what does DC actually produce? Bureaucracy. Regulations. Taxes. Misery. When the government becomes a non-essential service, the day of reckoning has arrived.

You can bet there are a dozen egg-heads at the woke Pentagon or lavender CIA already gaming this out. Of course, they’re not working for us, they’re working for our overlords.  The trick on our side is to combine an ongoing shortage and inconvenience with a list of the Deplorables’ easily understood demands –

• A reduction of all taxes to a 20% Flat Tax.
• Give Federal Money only to States without State Taxation.
• Eliminate Congressional/Government Pensions and Healthcare. (Excluding Military)
• 4 Year Term Limits for House of Representatives – 6 Year Term Limits for Senate.

That’s good for a start. And after all, Colonial Pipeline ponied up $5mil to faceless Russkies. Think Congress and the White House can’t pony up some freedom?

Actually no. They can’t.

The Spice Must Flow.

When pressed into a corner, the political class and elites of this country will lash out in every direction, and arrest or eliminate any threat real or imagined. Note those incarcerated without bail after January 6. Watch Ashli Babbitt’s paid-government–killer.  You can see him in the vid but no one will tell us his name.  This is the truly the work of a secret police in a police state.

The morning fantasy collapsed halfway into the second cup of morning coffee. Who are actually going to stop trucks from delivering gas? Who exactly are going to hack into pipelines besides outlaws in bed with the leftist establishment, Russians, Chinese, the Mullahs, the Koreans?  No decent American would do that.

The only way this fantasy will come about is if the DC beltway, Manhattan Island, Chicago Loop, SF Bay area, LA basin become isolated islands brought to a stagnant standstill.  Think, The Day the Earth Stood Still . Doubtless some choke point has to be squeezed.  The first time you’ll only get resistance; yet eventually these urban sewers will begin to devour their own innards.

And who among us is going to bash the monkey with the wrench? The courageous 120 Retired Flag Officers warning us of modern tyranny?  They’ll be lucky to escape with their healthcare and their pensions.  Wait till some brave keyboard warrior posts their addresses. Somebody is going to get hurt when an antifa soy boy appears at one those soldiers’ front door. And it’s not going to be the retired soldier.

Remember . . . even if the Blue Sewers haven’t seen the light, the music of the spheres has its own tune. This writer chap at NextGov thinks a major solar flare is in the offing, that’s gonna fry everything but don’t worry – Gammy Gramps is taking it very, very seriously.